'The bigger the moment, the better he was' | High School coach reflects on Nationals star, Anthony Rendon, ahead of World Series

Nationals fans know Anthony Rendon well. But long before he was a star 3rd baseman, he was a Houston high school student. 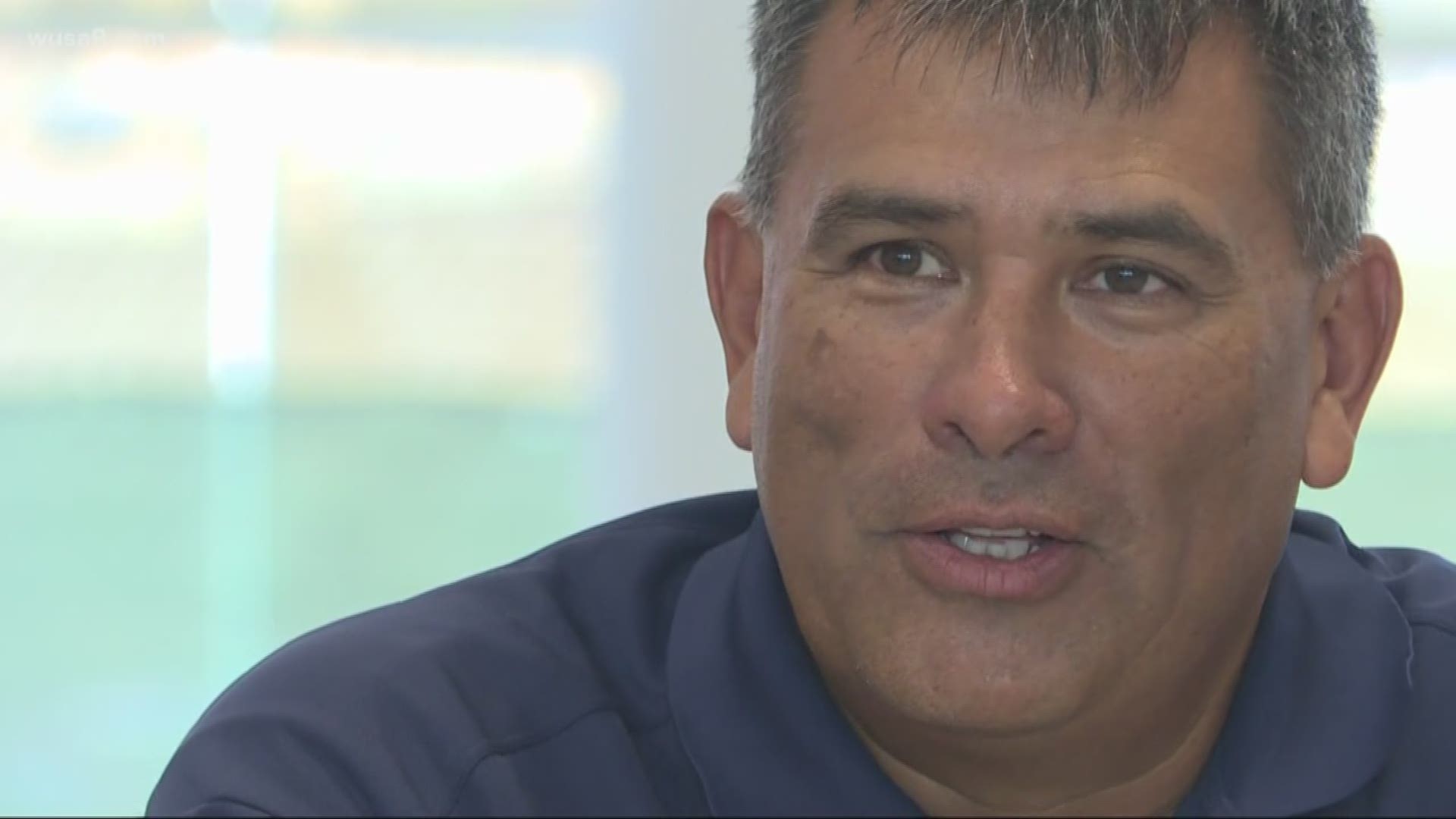 HOUSTON, Texas — With the World Series coming to Houston, all eyes are going to be on Minute Maid Park. But about six miles away, there's another diamond, which played a crucial role in the life of a Nationals star.

Lamar High School has provided education to thousands of students over the years, including Anthony Rendon, the star third baseman. This series will offer a homecoming for the candidate for NL MVP.

Munoz joined WUSA9 in the cafeteria of the school. He said even in high school, they knew Rendon was going places.

"When we started taking batting practices," Munoz said. "That was something to remember. He does not miss. And when he swings the bat and hits the ball, it goes far and it goes a long way with some velocity.”

Munoz said Rendon would get better for the big moments. His senior year, he was a first-team, all-state shortstop.

Munoz said despite his remarkable talent, the most admirable aspect of his game, was his hard work.

"He would do it every day," Munoz said. "He would play every moment like it’s his last.”

To celebrate Rendon, his high school held a press event at the school on Monday, inviting current baseball players to talk about his legacy.

Credit: Evan Koslof
Anthony Rendon was a star athlete for the squad at Lamar High School, in Houston.

Matthew Mackey, a senior pitcher for the squad, said Rendon is a role model.

"It's really cool being able to see someone who played on this field," Mackey said. "And worn this jersey, and hit in the cages -- done all the things I've done -- make it to this point. And be able to play on the biggest stage in the world. It's a really amazing thing to see."

Cameron Meisenbach, another member of the team, plays Rendon's position of third baseman.

"He's just a good example of what can happen if you just work really hard," Meisenbach said.

Megan Duffy, a shortstop for the softball team said she admires the MLB slugger.

"He's at such a high level of success," Duffy said. "He's on the highest stage in baseball. Everyone's eyes are on him. And he doesn't let it get to him. And that's how everyone wants to be. They want to be like him."

So, the big question. Will these Astros fans support the Nationals, in honor of Rendon?

"I'm very conflicted," said Coach Munoz. "I will tell you that I feel that I can not lose. No matter what happens, I'm going to be very proud."

Credit: Evan Koslof
Rendon (4th from right on top row) was a star on his high school squad before graduating in 2008.