How much family does Anthony Rendon have in Houston? Enough that a raffle for World Series tickets is required. 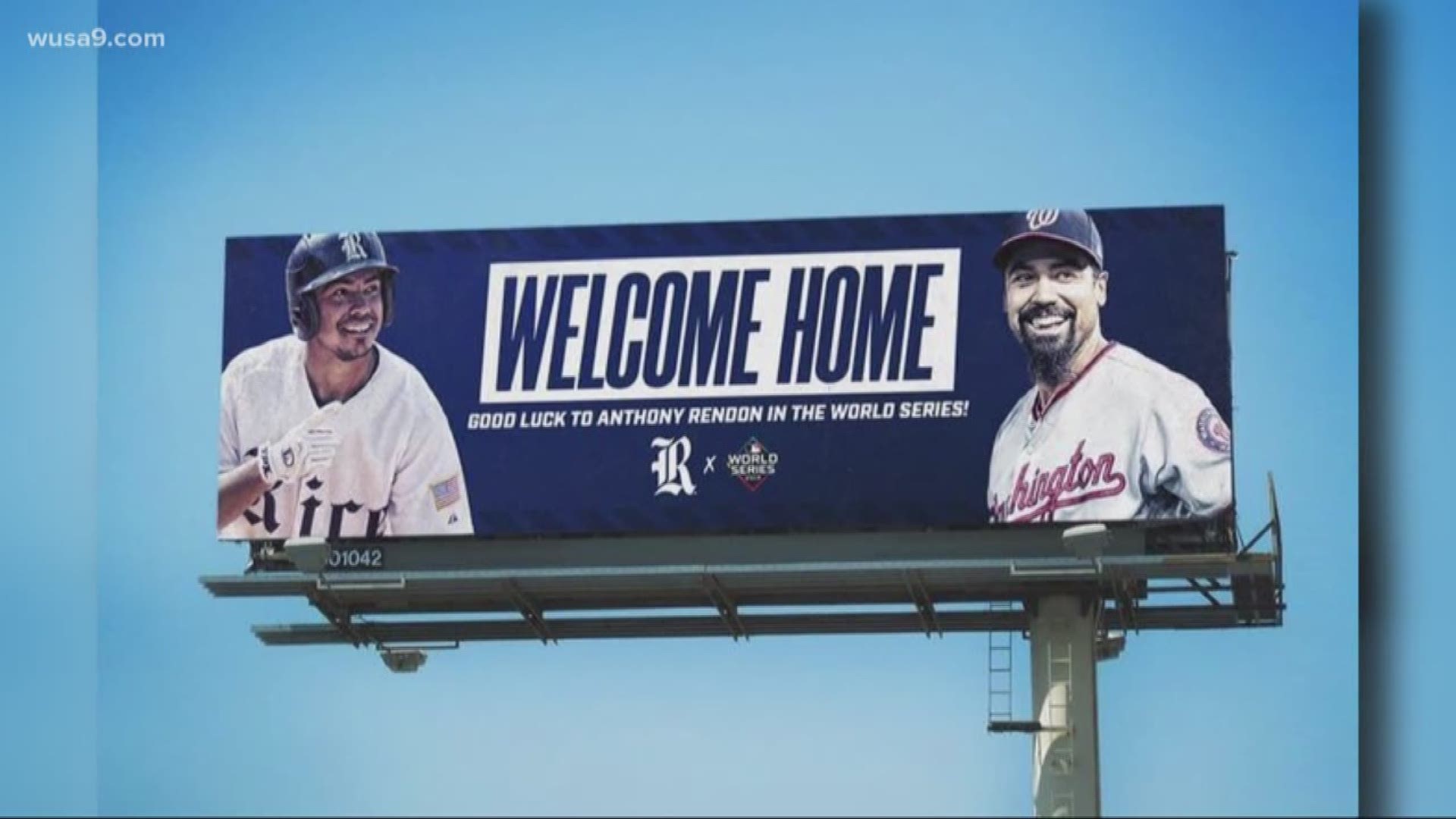 Sky-high ticket prices for World Series games in Washington, DC is evidence of how hard it is to get seats.

For Nationals third baseman Anthony Rendon, the challenge in Houston is especially hard.

Rendon, a Houston native, is well known for his ties to his city and his family. So when it came to World Series ticket requests, the Nationals All-Star said he did the best he could.

“A lot,” Rendon said of the number of ticket requests he received. “I’ll just say a lot.”

Which is why in the middle of all the orange Astros fans outside of Minute Maid Park before Game 1, you could spot a group of Nationals fans with a special tie to the team.

The family of Anthony Rendon.

RELATED: Top 10 things to know about the Nationals in Game 2 of the World Series

“It’s probably the best moment that I’ve experienced,” said Anthony’s father in law Raul Rodriguez. “Just to see him come this far make it to the World Series. I’m very proud of him. Couldn’t be more proud.”

Rodriguez was one of about 40 of Rendon’s family members sat together cheering Anthony, and the Nationals on from the upper deck on Minute Maid Park, section 414.

Still, Rendon’s mother in law, Elizabeth Rodriguez, said not everyone who wanted a ticket got one. So how did the family decide who the lucky ones were?

“It was mostly the straws,” Rodriguez said.

“Draw straws pretty much you know,” her husband, Raul, continued. “If you’re lucky, you get to come.”

The only good news for Rendon’s family members who drew the short straw for Game 1 is that they plan to swap out some seats for Game 2 for those who didn’t get in Tuesday night.