A 56-year-old Columbia Heights neighbor with serious health conditions - and his immunocompromised wife - are frustrated that they still can't get vaccinated. 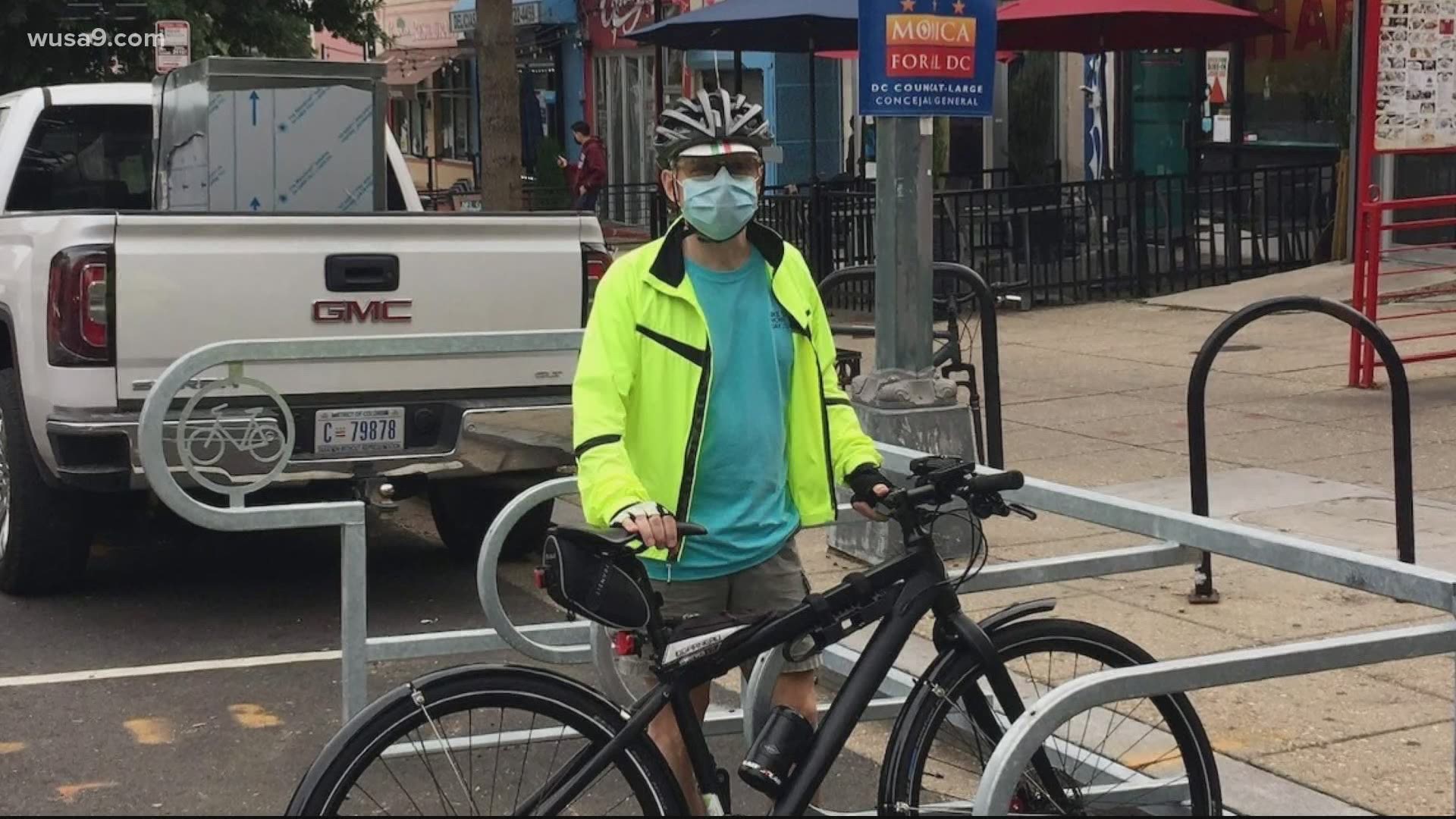 WASHINGTON — More doses and a new pre-registration system haven't resolved vaccine woes for all D.C. neighbors. A Columbia Heights man with serious health conditions said he still hasn't been able to get a shot.

Since the end of February, 56-year-old Anthony "Ted" Nigrelli and his wife have set up computers twice a week, rapidly working to secure a COVID-19 vaccine appointment. They haven't had any luck.

They were excited D.C.'s new pre-registration system allowed them to input their information once -- but still haven't received an appointment invitation. Nigrelli says it's creating "pandemic anxiety."

"It's a combination of despair and anxiety," Nigrelli said. "A friend of mine uses the word panxiety...And you know, my panxiety, it is very high at the moment. Because who wants to get COVID when we're so close to getting vaccinated?"

Both Nigrelli and his wife are high risk. He has serious cardiac and respiratory conditions, and his wife is immunocompromised. On Twitter, he shared the picture below of the medications he takes "to keep himself alive."

RELATED: Washington Mystics arena site of mass vaccination site; It's in a ward that has most COVID deaths in District

Any update on this? My immune-compromised wife and I were passed over again in this morning's lottery. What is a 50-something who requires the below to keep himself alive supposed to do to get a vaccine in a non-priority zip code? pic.twitter.com/je8HzzzooA

Also, the Centers for Disease Control and Prevention says adults 50-64 years old are 400x as likely to die from COVID-19 as children 5 to 17 years old. And that same age bracket is more than 8x as likely to die as 30-39 year-olds.

"I feel like I'm competing with 20 and 30 year-olds, who even with similar conditions are at much lower risk of hospitalization and death as I am," Nigrelli said. "So I kind of feel like there needs to be a middle-aged group, before they reduced it all the way down to 16."

He said he also wishes the algorithm took filtered through how many health conditions someone has and how serious they are when releasing appointment invitations.

"There's just like this unknown computer program picking who will be, you know, who will be protected from the disease and who may be left unprotected," he said. "And that's kind of disheartening."

A spokesperson for D.C. Health said they don't intend to prioritize vaccines in that way, because the CDC does not recommend that form of prioritization.

"We've got vaccine distribution for clients of Mary's Center, with Clinica del Pueblo, Community of Hope, Unity and Howard University. Just over the border is Washington Hospital Center, that's Medstar," the councilmember said. "So there are multiple entry points right now for residents. So I would encourage anyone who has a high risk condition and goes to one of those providers to also contact their doctor about the ability to get a vaccine that way."

Nigrelli's other frustration is that D.C. Health data shows Columbia Heights reporting the most COVID-19 cases of any neighborhood in the District, but the zip code it falls into (20009, 20010) was taken off the priority list after January. That's before Nigrelli and his wife were eligible for the vaccine.

Credit: D.C. Health
Columbia Heights is currently reporting the most COVID cases of any neighborhood in the District, according to D.C. Health data.

"I would hope that they would either fine tune the zip codes by including neighborhoods, just include Columbia Heights, or, you know, completely abandon the zip codes as a concept," he said.

Nadeau said there's a lot that goes into determining which zip codes to include on the priority list in a way that ensures vaccine equity.

"When we first had 20009, and 20010, included in the priorities of codes, we caught up really quickly. So the others have codes that had fallen behind. And zip codes just don't tell the whole story," she said. "So one of the conversations that I'm having with DC health is, how do we get more granular with the data? In this week's briefing, I'm going to ask about now that we have pre-registration, can we break down the data any further. So I think there are a lot of things we need to be doing to protect the community. And we're doing a lot of them. Obviously, the most important thing is getting more vaccine."

Nadeau said D.C. has been receiving almost 25,000 shots for the past two weeks as opposed to 5,000 at the beginning of the rollout is a huge step forward.

The councilmember said D.C. has priorities in distributing the vaccine -- ensuring that people who are out and about by necessity have access to the vaccine, and making sure those who have high risk medical conditions can get a shot. She also said maintaining equity is important.

"There is such a long history of health inequities across the country and here in the District, right, it's a tale of two cities," Nadeau said. "So, we're doing everything we can to ensure that we don't continue replicating that as we fight off the COVID virus."

Patrick Ashley, senior deputy director for D.C. Health, said Sunday that in the future, they will look at ways to focus vaccination efforts even more. He said they also hope to deliver doses to smaller private practices in the not too distant future.