Prince George's County has now had more coronavirus cases than 20 states, but leaders are focused on 'phenomenal' recovery

The metropolitan Maryland county has reported more than 19,000 cases of the coronavirus since the pandemic began. 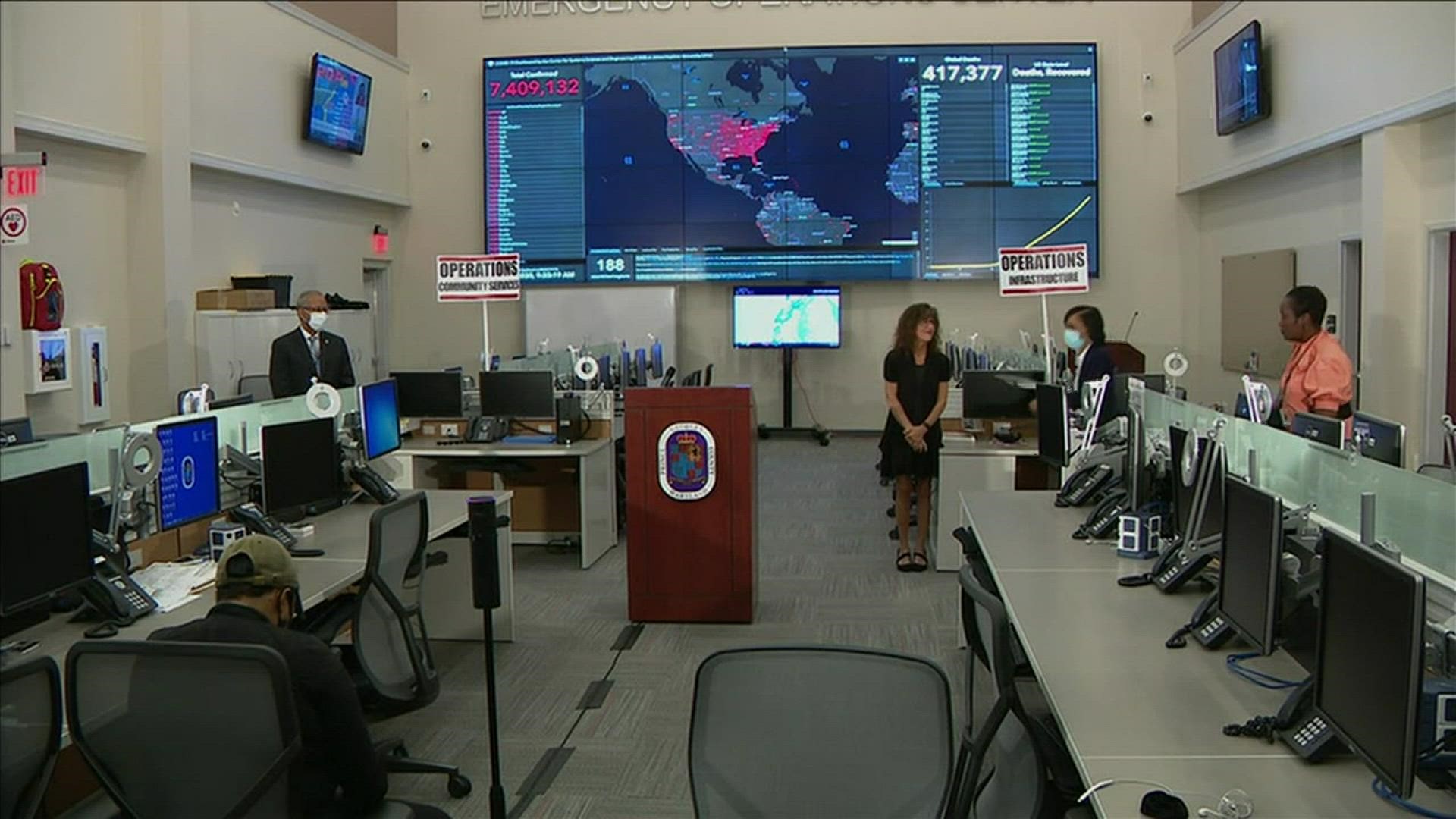 PRINCE GEORGE'S COUNTY, Md. — On Tuesday, Prince George’s County – an affluent, metropolitan county bordering the nation’s capital – reported its 19,000th case of the coronavirus. That gives it a count higher than 20 states and territories, despite having a smaller population than all but five of them.

"I don’t have to tell you what that means for us. It’s personal. It always has been for us," County Executive Angela Alsobrooks said during a press conference Thursday. "And so we really continue to pray for those who are grieving. There are so many in our county who continue to grieve. There are many who’ve suffered and who continue to suffer, and we want to let them know we’re working as hard as we can to continue to stop the spread of this virus.”

According to state-by-state coronavirus case numbers tracked by the New York Times, Prince George's County now has more total cases, and more cases per capita, than 20 states and territories.

That Prince George's County can be compared to numbers being put up by states shows the unique toll the virus has claimed from its residents – although, as a matter of comparison, there are a number of differences between the county and the states it exceeds.

For one thing, Prince George's is a major transportation hub in one of the nation's largest metropolitan areas; the combined D.C. metro has more people than 30 states. And Prince George's is far denser than states like Kentucky, Oklahoma and Kansas – although emerging studies, including one conducted by a researcher at the Johns Hopkins Bloomberg School of Public Health, have shown that density in and of itself has not been linked to higher infection rates.

Alsobrooks also said during a press conference Thursday that the county is home to one of the largest populations of federal workers.

"Many of our residents had to go to work while others could stay home," Alsobrooks said. "And thousands of people visit Prince George’s County every day."

Unlike the states whose virus counts it exceeds, Prince George's County is also majority-Black, which means the majority of its residents often face deeply entrenched, structural obstacles to receiving quality health care – obstacles which can transcend class and geography.

The 2003 Heart and Estrogen/progestin Replacement Study (HERS), for example – at the time the largest trial to study interventions to reduce the risk of recurrent coronary heart disease events in women – found that Black women received poorer care and were less likely to get appropriate preventative therapies than their white peers, despite having a greater risk of coronary heart disease.

Alsobrooks on Thursday rejected the notion that Prince George's high case count was solely due to its racial demographics.

“We were hit hard, but I want to say that it’s not because we are a majority black county. I’ve heard that, but it’s not true," she said.

As Alsobrooks touched on Thursday, Black and Hispanic Americans also disproportionately hold essential or low-wage jobs that cannot be done from home. Jobs like grocery cashiers and health care workers. According to a survey by the U.S. Bureau of Labor Statistics, only 19.7% of Black workers and 16.2% of Latino workers say their jobs allow them to work from home, while 37% of Asian workers and 29.9% of white workers say they can telework.

RELATED: African Americans are disproportionately dying from COVID-19. Here are states with the worst disparities

Black men may be especially vulnerable. In April, Alsobrooks said the county health department believed, based on data it was seeing, that men were waiting too long to get treatment after contracting the coronavirus. Since Prince George’s population is 61% Black, that means Black men in particular were suffering worse outcomes than their neighbors.

In response to the outbreak, Prince George’s County did take more stringent measures – delaying reopening behind the rest of the state for two weeks and doing so in a modified fashion when it did start. Those measures have slowed the spread of the virus from its peak in late May, when the county was averaging more than 380 new cases a day. As of July 1, Prince George’s was averaging 63 new cases a day – an 84% drop from its peak.

In fact, Prince George's County's coronavirus trend is now in better shape than the state as a whole. While Maryland has been on a slightly upward trend in new cases since late June, cases in Prince George's remain on the same downward slope they have been since May 30. And the county's percent positivity for coroanvirus tests – which reached 42% at its peak – has now dropped to 6.5%.

Alsobrooks chalked the county's "phenomenal recovery" to the concern its residents have for each other.

“Nobody had to beg Prince Georgians to wear a mask," she said.

RELATED: It will now be a little easier to get a coronavirus test in Southern Maryland

RELATED: How is the DMV doing with COVID-19? | Johns Hopkins University pandemic expert weighs in