African Americans are disproportionately dying from COVID-19. Here are states with the worst disparities

Wisconsin, Missouri and D.C. are among the states where African Americans are dying from coronavirus at disproportionately higher rates. 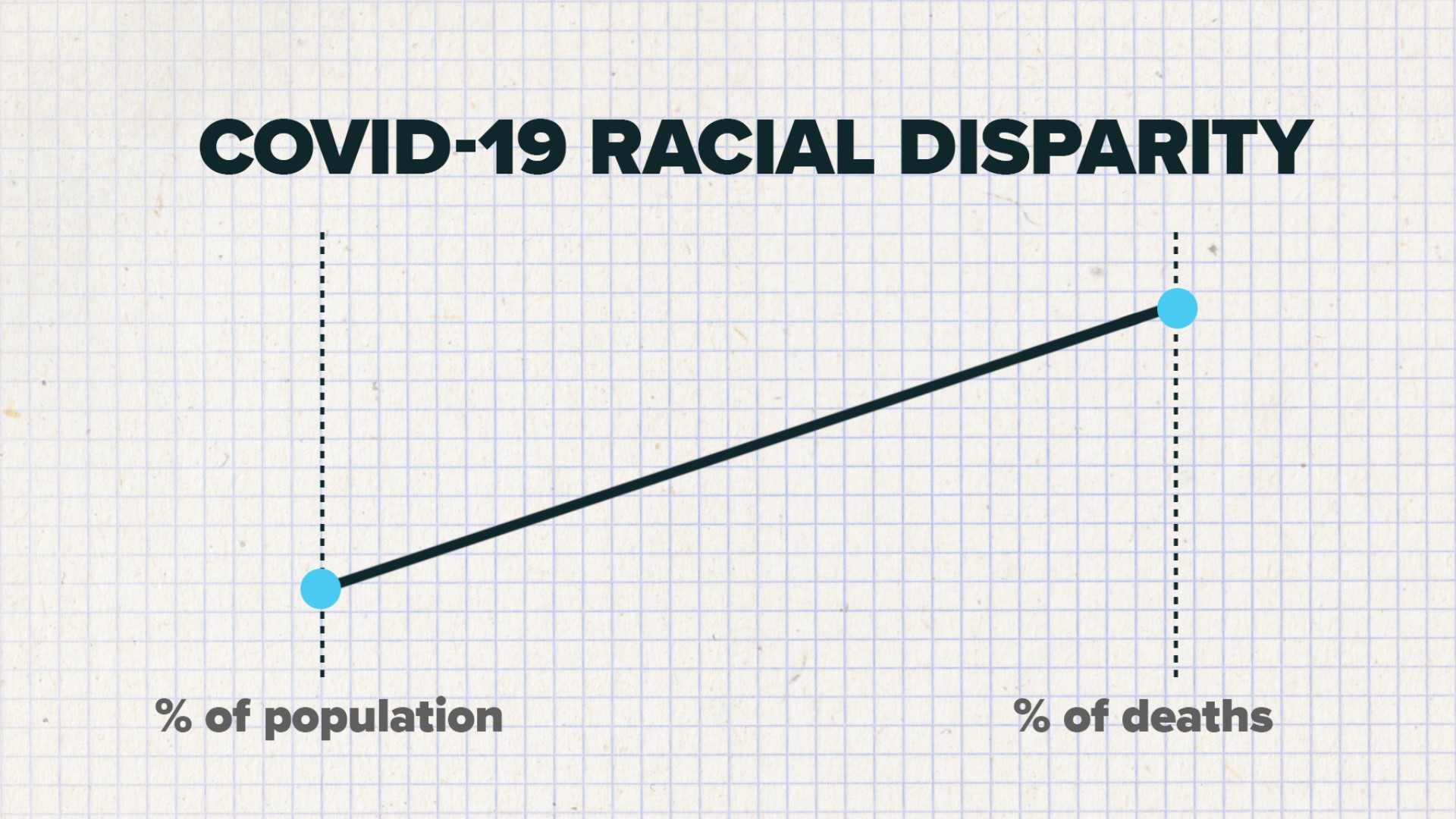 WASHINGTON — Across the country, African Americans are contracting the coronavirus and dying at disproportionately higher rates than other racial groups. The racial disparity is especially stark in some states, according to newly released data.

In early April, President Donald Trump acknowledged the issue during a White House coronavirus task force meeting and said they they're "doing everything in our power to address this challenge.”

In Wisconsin, African Americans make up 32% of coronavirus deaths as of May 1, but the group makes up just 6.7% of the population.

Similarly, in Michigan and Missouri, African Americans account for roughly 40% of coronavirus deaths despite comprising only 14% and 12% of the population respectively.

Check the chart below to see some of the states that have the worst coronavirus racial disparities.

While there is still a lack of data on a national scale, limited data pulled from a small sample by the Centers for Disease Control and Prevention revealed that 33% of those hospitalized because of COVID-19 were black, compared to 18% in the community.

Several factors contribute to the African American community becoming more vulnerable to the coronavirus – and it has a lot to do with deep-rooted structural inequalities.

First, African Americans and Hispanic Americans disproportionately hold low-wage essential jobs that cannot be done from home. This includes grocery cashiers, cleaners, first responders and factory workers. According to a survey by the U.S. Bureau of Labor Statistics, only 19.7% of black of African American workers and 16.2% of Latino workers say their jobs allow them to work from home, while 37% of Asian workers and 29.9% of white workers say they can telework.

Workers who don’t have the luxury of working from home are at a higher risk of contracting the coronavirus on the way to and at their workplace.

African Americans are also more likely to be uninsured or live in communities with low-quality health care. Research shows that African Americans receive worse medical care even when income, education and socio-economic status are accounted for. A 2017 study, which followed 2,025 individuals over a 25-year period, found that white men saw a larger effect on life expectancy through employment than black men. A 2018 study came to a similar conclusion: income has a smaller protective effect against chronic medical conditions for African Americans than it does for white people. That has led to an increase in pre-existing conditions such as diabetes, hypertension and heart disease among African Americans, conditions that increase their chance of complications after contracting the coronavirus, making it more lethal.

Credit: AP
Jamon Jordan poses with a photo of his mother, Jacquelynne Jordan, who had existing health conditions and died from COVID-19. (AP Photo/Paul Sancya)

“It’s important for us to understand that race is not genetic,” Dr. Joia Crear Perry, the founder of the National Birth Equity Collaborative, told WWL-TV in New Orleans. “The outcomes – the hypertension and diabetes – do not come from a different gene around blackness. It's the impact on our bodies from having a lack of access to insurance, lack of access to quality education, those things really cause us to have harm in our bodies.”

The pandemic is exposing gaps in health coverage and inequalities that won't go away even when things go back to normal.

"When you’re in the middle of a crisis like we are now with the coronavirus, it really does have — ultimately shine a very bright light on some of the real weaknesses and foibles in our society," Dr. Anthony Fauci, director of the National Institute of Allergy and Infectious Diseases, said in a coronavirus Task Force press briefing.

"There’s nothing we can do about it right now, except to try and give them the best possible care to avoid those complications." 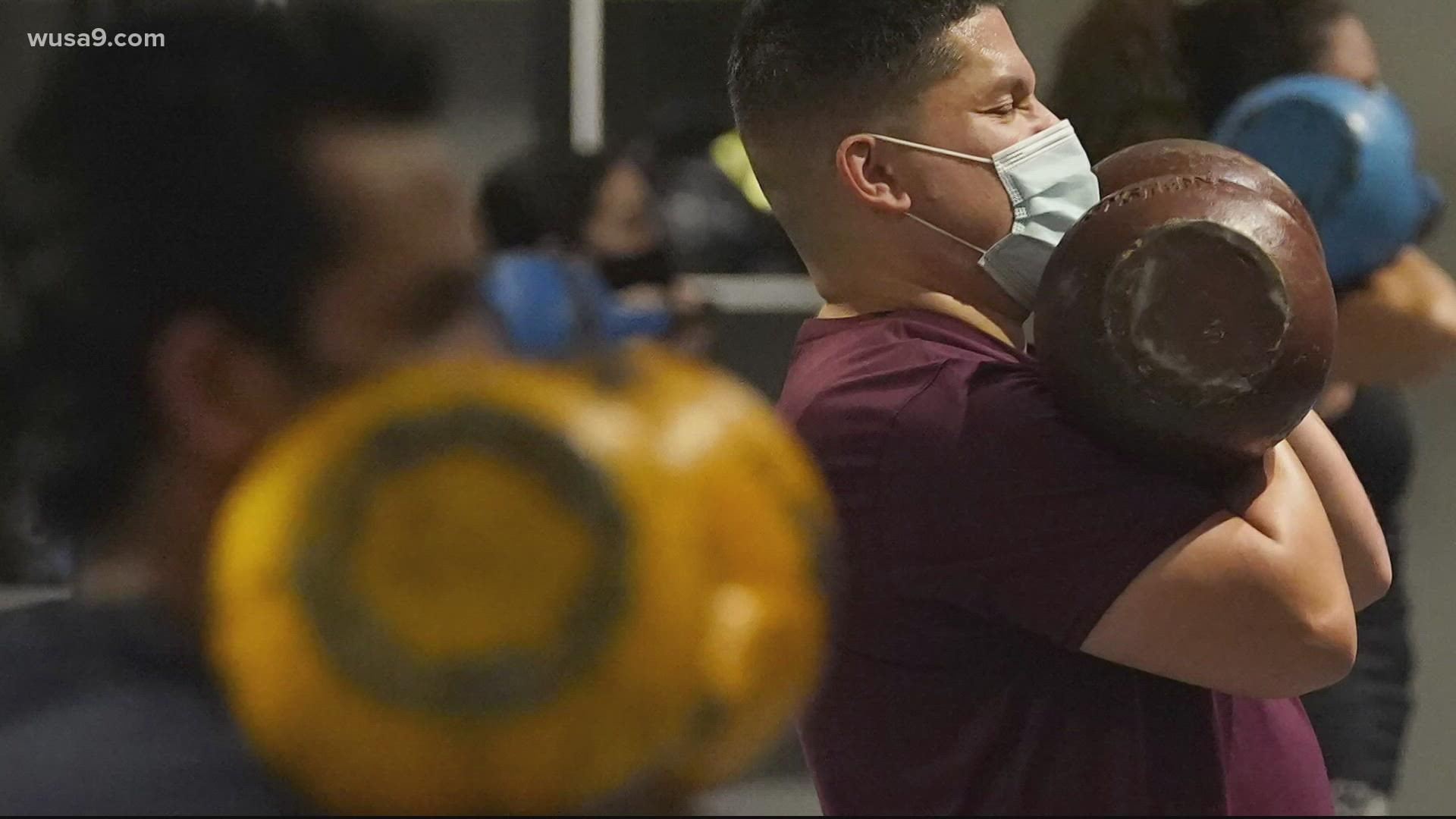