Chase Young from the Washington Football Team had the chance to meet PJ and grew up in the same neighborhood. 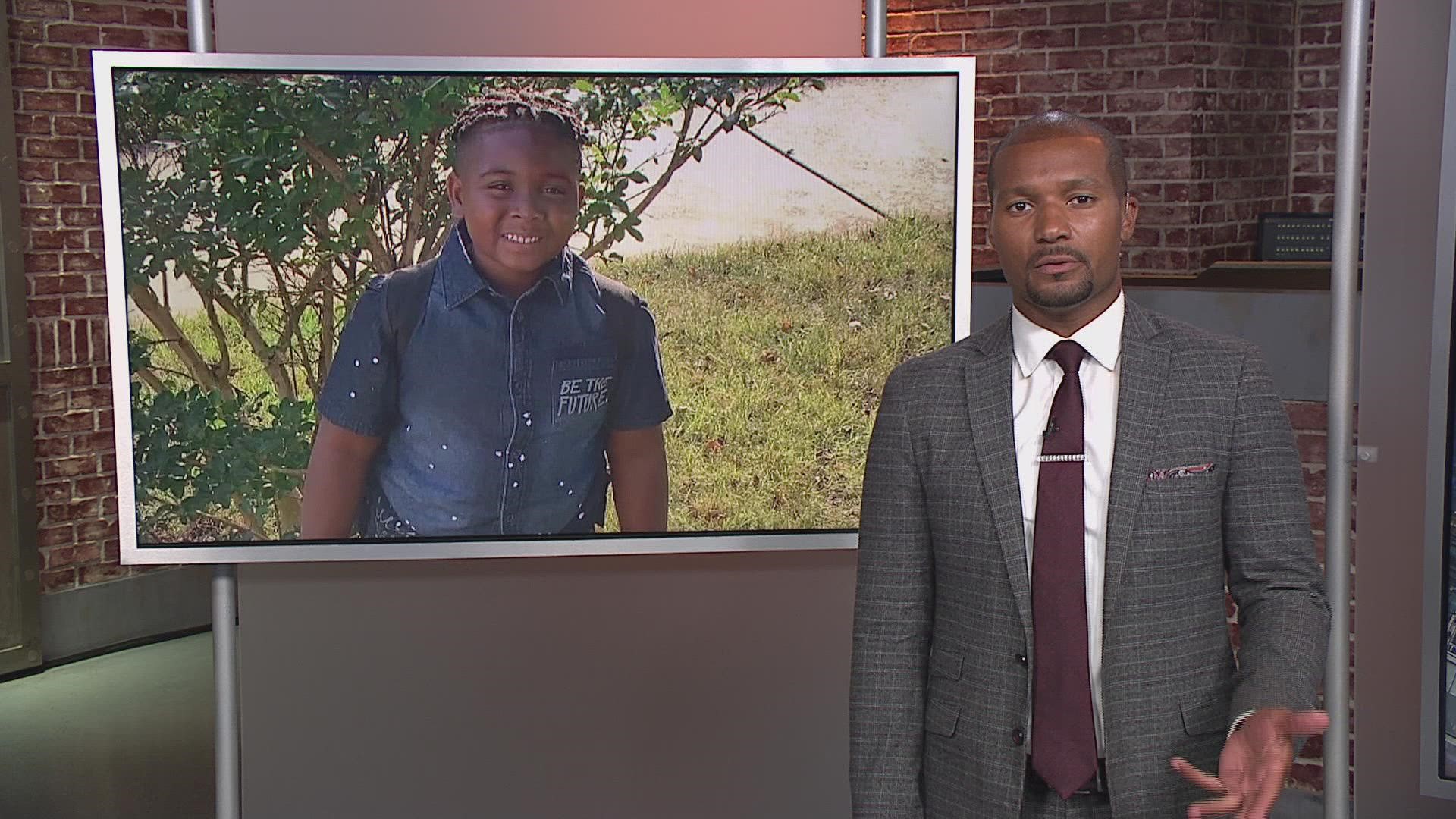 WASHINGTON D.C., DC — 8-year-old PJ Evans was known for his love of football.

But the young boy was killed by a stray bullet in Landover Hills on Aug. 24. Bullets came flying inside of his aunt’s house when he was struck while playing video games.

He was laid to rest Friday morning in a funeral service at the City of Praise Family Ministries in Landover Hills.

In tribute, just days after their teammate was killed, the Showcase Sharks dominated their football game.

The pint-sized players weren’t the only ones to pay tribute. Chase Young from the Washington Football Team had the chance to meet PJ and grew up in the same neighborhood.

On Thursday, Young opened up to WUSA9’s Sports Director Darren Haynes about the boy’s senseless killing.

“Violence is gonna happen, it’s just the world,” Young said. “But if one thing can be changed, the guys who are doing all this wild stuff and violence - just leave the women and children out of it.”

22-year-old Young is the son of a police officer and has been outspoken at town hall meetings against gun violence.

Police do not believe PJ was the intended target of the shooting and they are still searching for the suspect. A $25,000 reward will be offered to anyone who has information that leads to an arrest in the case.

Those who wish to submit tips can remain anonymous by calling PG Crime Stoppers at 1-866-411-TIPS.