Police said there were "a lot of people" in the area of the shooting when it occurred. 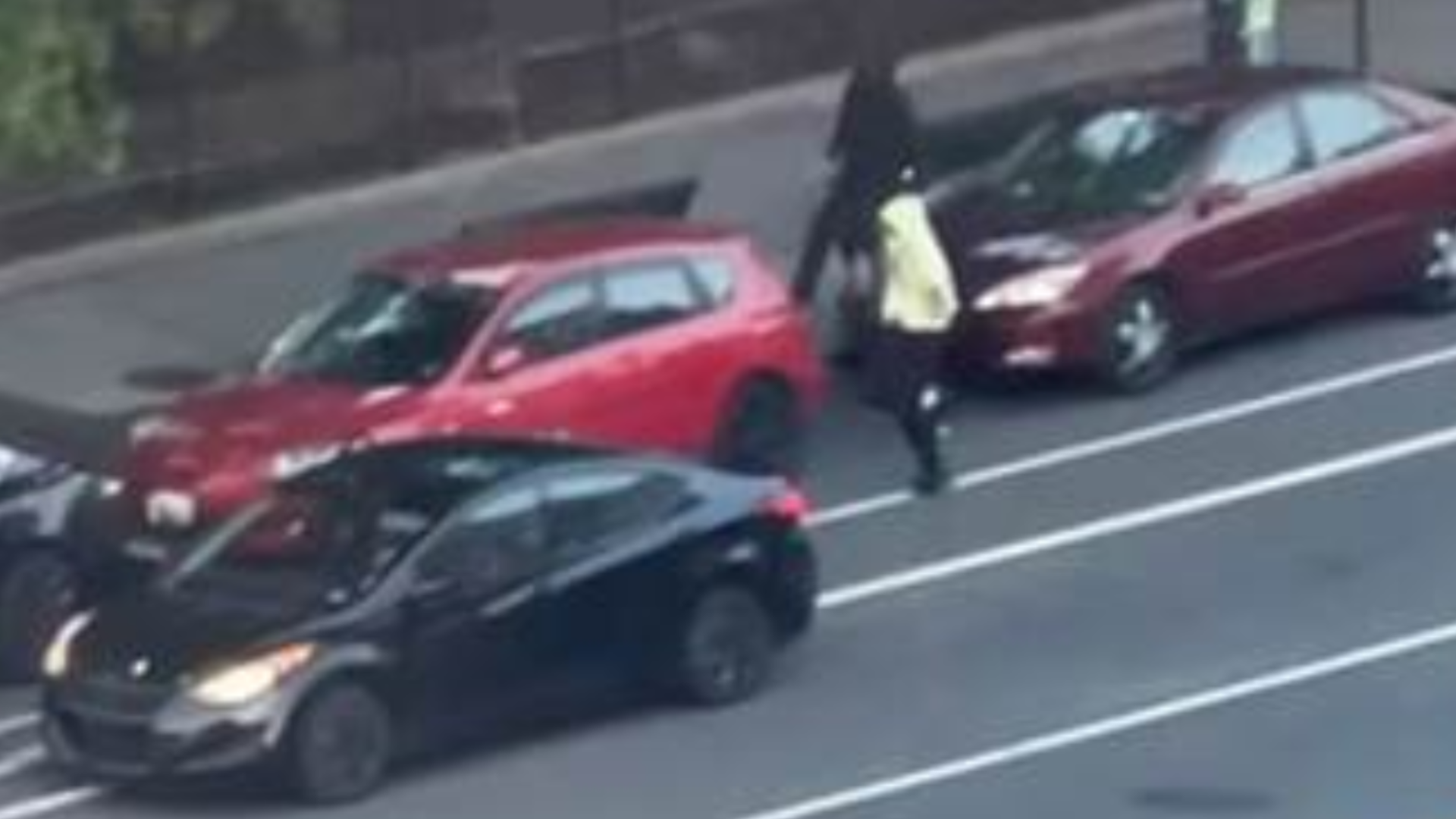 WASHINGTON — Police have released photos and a video of suspects they believe were involved in a shooting that injured two men near 14th Street and Riggs Street in Northwest D.C. Thursday evening.

The video released by DC Police shows the 14th Street shooter pursuing one of the victims, opening fire and getting into the black sedan that sped away

The shooting happened near multiple restaurants where several people were in the area when it happened. WSUA9's, Kolbie Satterfield said the incident left bystanders scrambling and abandoned tables and broken glass left a harrowing picture of what took place.

A restaurant customer who ducked for cover during the shooting told us about how they felt after everything unfolded.

“I don’t care if it was targeted. Any one of those bullets could have hit me or someone else nearby,” the person told WUSA9's, Tom Dempsey.

🚨NEW >> VIDEO from DC Police shows the 14th Street shooter pursuing one of the victims, opening fire, and getting into the black sedan that sped away… WATCH:@WUSA9 @RealTimeNews10 @CBSNews pic.twitter.com/WrCeBMoqTU

Police are on the lookout for a Black man wearing a lime green and yellow hooded sweater in connection to the shooting. He may be in a black Honda Civic that allegedly sped from the scene toward S Street.

Police Chief Robert Contee asked that if anyone recognizes the vehicle, suspects or knows anything about the shooting, please call (202) 727-9099 or text the tip line at 50411.

Crime Solvers offers a reward of up to $10,000 for information in any shooting in Washington D.C.

The shooting happened just before 8:30 p.m. D.C. Chief Contee said officers were on scene within five seconds of the shooting.

The two unidentified men who were injured in the shooting were found conscious and breathing, D.C. Police said. One of the men reportedly was shot in the arm and the other was shot in the chest, according to police. Both men were taken to a nearby hospital for treatment.

Chief Contee said in a press conference Thursday night that investigators believe one of the victims was targeted and the second victim may have been an innocent bystander.

Police also released a surveillance video of the moment the suspects entered the getaway car:

"I think this really kind of speaks to the brazenness of some of the criminals that we're seeing in our community. Just prior to this shooting, members of the Metropolitan Police Department recovered a firearm just blocks away from here," said Chief Contee. "We're just seeing a proliferation of firearms in our communities."

Chief Contee said there were "a lot of people" in the area when the shooting occurred.

"I'm outraged, the chief is outraged, and the community should be outraged," she said.

While police have not released an official number of shots fired, several witnesses in the area told WUSA9 they estimated hearing 20-30 gunshots.

Here's a video that captures the sound of the gunshots in the area via surveillance video:

🚨14th Street Shooting >> The sound of *nearly 40 gunshots* appears to be captured on this camera, supporting witnesses who reported far more than 10-12 shots.

WUSA9's Kolbie Satterfield was nearby when the shots rang out. She shared photos and videos of the area on Twitter.

Customers describe seeing “sparks” and running inside the restaurant.

Another customer says she saw a young guy running and firing a gun.

*VIDEO*: Some out here along 14th St are frustrated about experiencing the shooting tonight.

“We need to take action on this.” - Man who ran for cover after hearing the shots tonight. @wusa9 pic.twitter.com/Sb3R4kBqlx

As D.C. grapples with the death of a 6-year-old girl, a shootout outside Nationals Park, and consistent violent nights, the Metropolitan Police Department announced a launch of a new community-focused patrol unit. Click here to watch and subscribe to the WUSA9 YouTube Channel.