The patrol unit will be primarily deployed on mountain bikes and scooters. 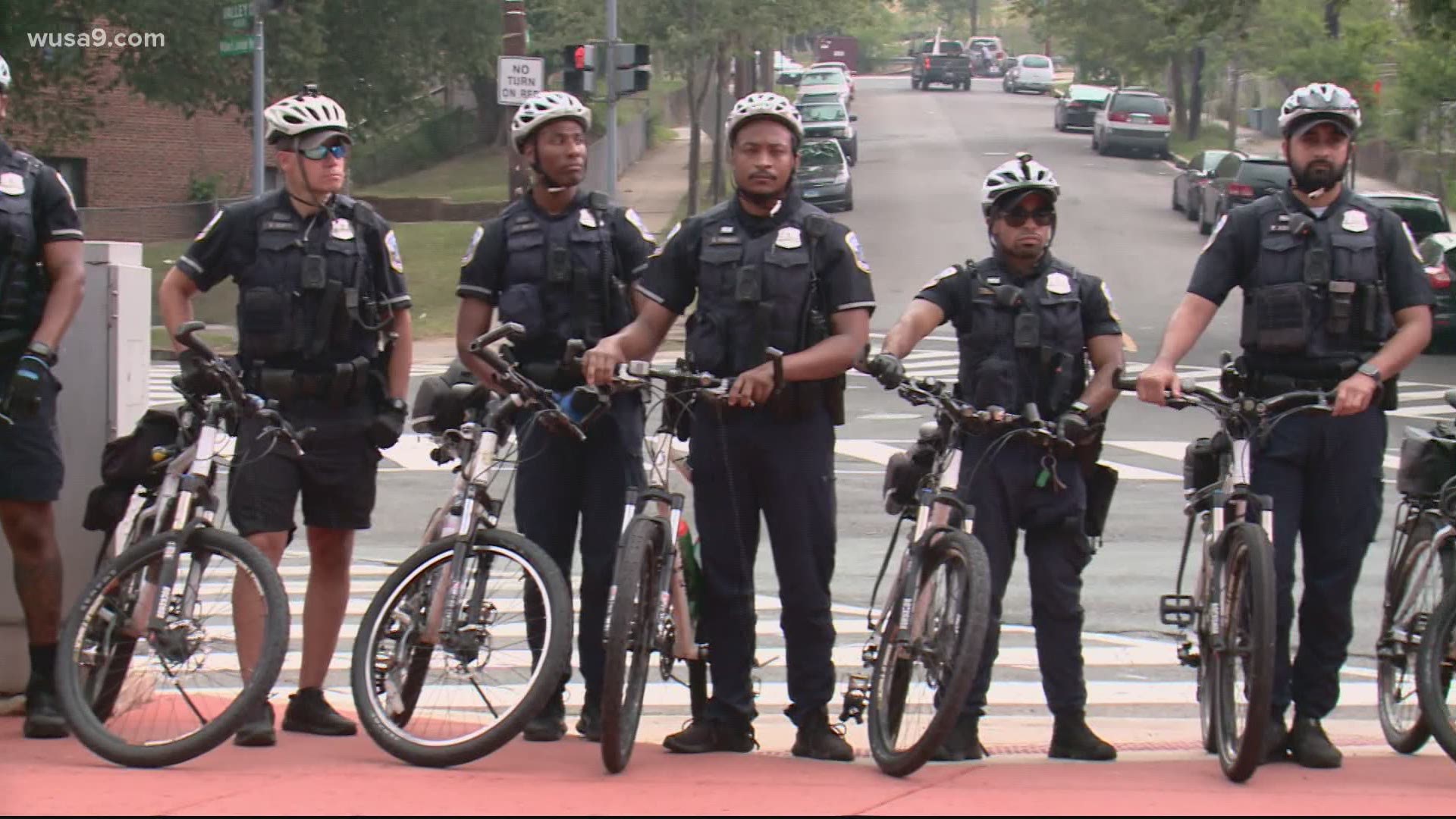 WASHINGTON D.C., DC — As D.C. grapples with the death of a 6-year-old girl, a shootout outside Nationals Park, and consistent violent nights, the Metropolitan Police Department announced a launch of a new community-focused patrol unit.

The unit will be made primarily of officers on mountain bikes and scooters, which look like smaller motorcycles.

“I have not been to one community in our nation's capital that has said ‘hey Chief don't send me any police officers over here, we don't want to see them in this community,'" MPD Police Chief Robert Contee said. “That has not been my experience in times where our manpower has decreased by almost 215 officers since October 2020. MPD must more effectively use the more limited resources that we have.”

Officers will be on scooters and bikes in areas with increased crime.

One of several measures launched this summer to address gun violence and crime in DC. pic.twitter.com/8LohZbnXAC

Contee said the patrols will be deployed to areas data shows are experiencing higher volumes of crime, emerging crime trends, or significant events.

Columbia Heights/Parkwood areas, Bloomingdale, and the Washington Highlands neighborhood will be the first three areas of the unit’s deployment, as selected by MPD crime analysts.

Chief Contee said he’d heard from community members that officers weren’t engaging, but rather sitting in their squad cars.

Those on the new patrol unit volunteered to join it.