Police say the victims have been forced into a car at gunpoint and forced to withdraw cash from ATMs. 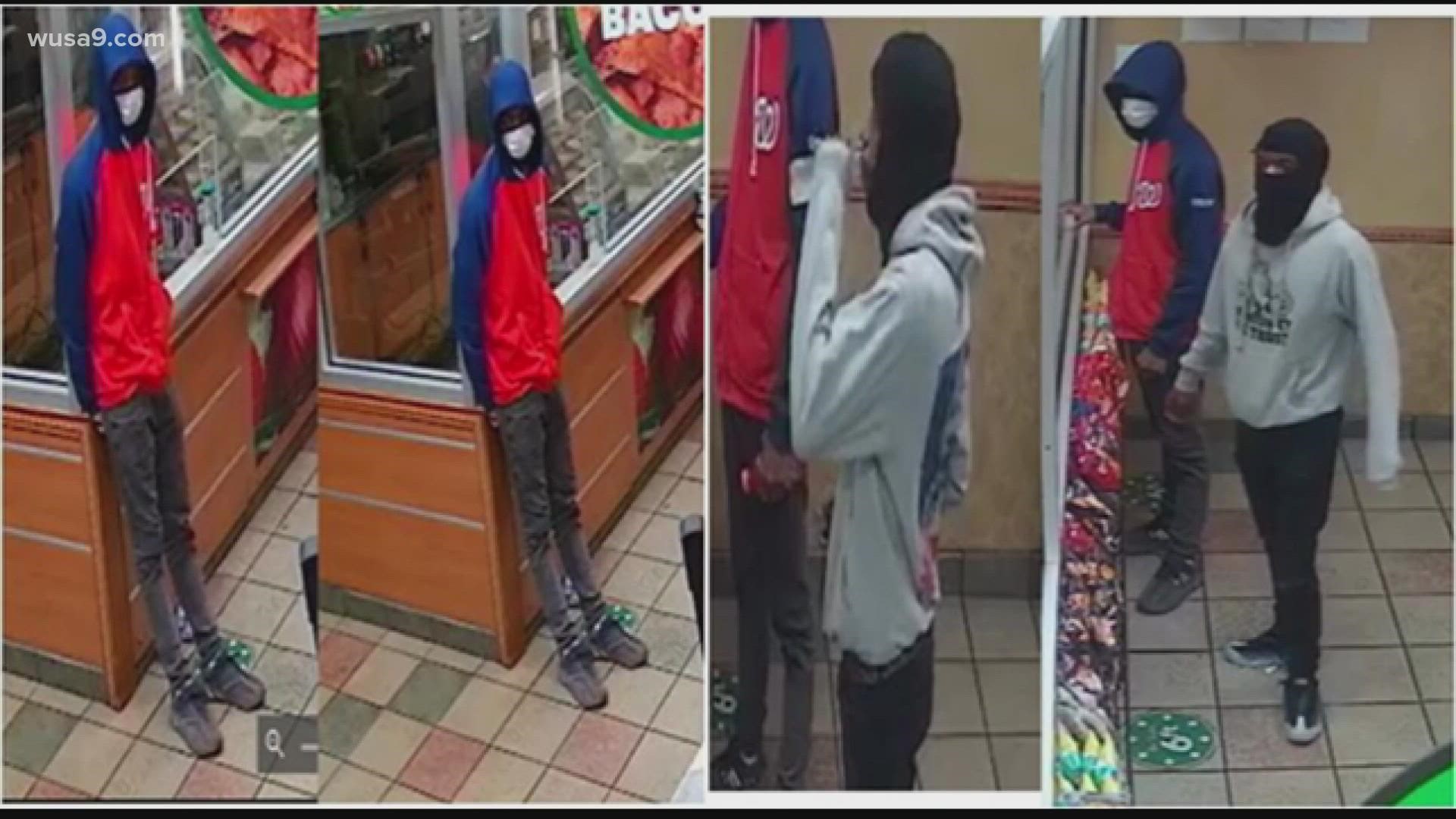 WASHINGTON — DC police are on a desperate hunt for a gang of men who've assaulted, kidnapped, and robbed at least six people over the last week.

The attacks across the city started Aug. 24 on Cocoran Street in Northwest. Police believe the same three or four guys have forced people into cars at four other spots in NW and on Capitol Hill, NE.

These kinds of attacks are so common in places like Mexico City, Lima, Peru, and Bogota, Colombia that they have a name for them. They call them express kidnappings or millionaire's tours: People forced into cars at gunpoint, and then sometimes driven to multiple ATMs and forced to withdraw cash.

Police believe a surveillance video captured two of the kidnappers after they extracted an ATM card and a pin number from one of their victims. One of the suspects brazenly waved the cash he'd allegedly taken from the victim's bank account.

Police believe the three or four guys have attacked single men out alone six times in five days, including assaulting three men in the span of a few hours early Saturday morning near Logan Circle.

"It's very unusual to have anyone kidnapped, which is exactly what they're doing -- taking people and putting them in a vehicle," Commander John Haines of the Metropolitan Police Department said. "In at least three of the cases, they've used what's described as zip ties to tie the individuals' hands together. And they're blindfolding them."

"I didn't know they push you inside the car, kidnap you, and take you to the ATM," said Gulialat Fenta, a cab driver who was filling up with gas near the scene of one of the kidnappings. "That's a new thing, a new situation we have."

Police said the victims have been grabbed, punched, and in at least one case, hit with a gun. The big fear is that the violence could escalate.

"Give them what they ask for," Haines said. "Don't fight them. They are armed with a handgun. We don't want to see anyone hurt."

Police believe the attackers were using a vehicle stolen in a carjacking in Prince George's County earlier in the month. They've recovered the car, but they're still searching for the suspects. There's a reward up to $10,00 for information that leads to an arrest.