Two of the victims were found at the scene, two others brought themselves to a hospital and one man walked .5 mile to a fire station. 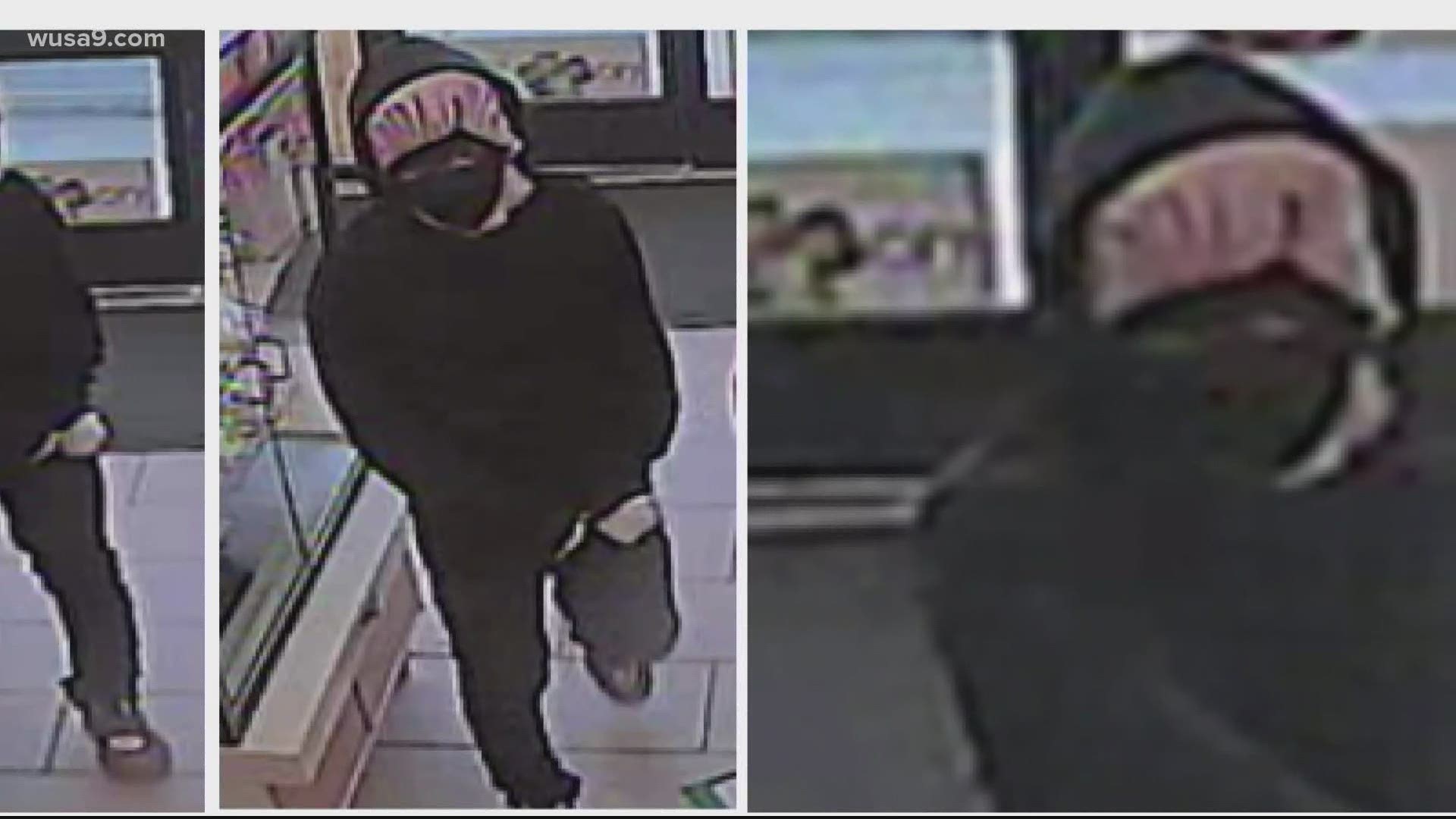 WASHINGTON — DC Police are investigating a multi-person shooting at a 7-11 store in Southwest, D.C. that occurred Thursday afternoon. So far, police know of five victims.

Shortly before 5 p.m., police responded to reports of shots fired in the 3900 block of Martin Luther King Jr. Avenue SW near the Capitol Street split. On scene, police found a man and a woman with gunshot wounds. Both victims were conscious and breathing.

Two other victims involved in the shooting -- another man and woman -- took themselves to a nearby hospital for treatment, police said. One additional man who was shot in the leg walked himself to a fire station at 400 Atlantic Street SE.

On Friday, MPD confirmed that all five of the victims have been identified and are recovering in the hospital with non-life-threatening injuries.

#Breaking @DCPoliceDept now says The adult male found at location of the 5 victims shot has life threatening injuries. They also just released these new photos for a lookout @wusa9https://t.co/27zSqEFq0u pic.twitter.com/T5hrTJCW3P

Police said the man suspected of the shooting was captured by a nearby surveillance camera, and said their lookout is for a black man, approximately 5-foot-5, with a skinny build who was seen wearing blue jeans, a dark hooded sweatshirt and a black mask. Police said they believe he has a gun.

Detectives were back on the scene Friday searching for more clues. Police said shots were fired both inside and outside the store. Pictures taken by WUSA9 show damage inside of the store, including a food kiosk damaged by two bullet holes. A security camera was also damaged in the shooting, according to police.

This is the fifth or sixth shooting this year near this store, DC Police said. According to MPD the 7-11 has taken steps to ensure the security camera works properly and to improve the lighting outside of the store. They also confirmed the store has changed its hours to close at midnight instead of staying open 24 hours to reduce any opportunities for crime in the area.

DC Police said they’re also working with the owner of the 7-11 to increase security, and they said an armed security guard will be posted in that area moving forward. MPD is also going to have a presence in the parking lot and along the corridor.

This is an ongoing investigation. Anyone with any information about the shootings should call the police at 202-727-9099 or use the anonymous tip line by texting 50411. The Metropolitan Police Department currently offers a reward of up to $10,000 to anyone who provides information that leads to the arrest and conviction of the person or persons responsible for a violent crime committed in the District.