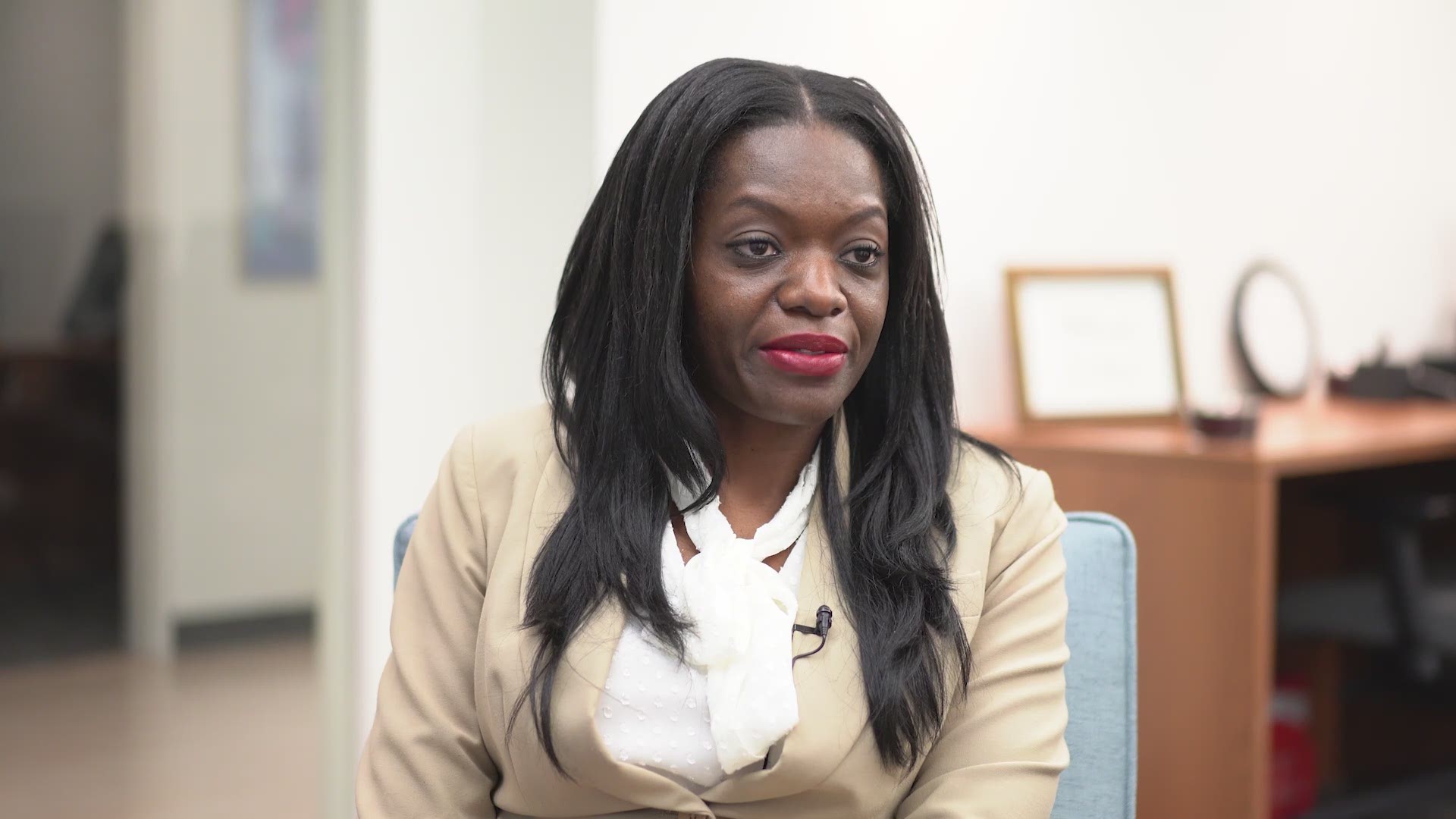 “I was surprised,” said MPD Sergeant Charlotte Djossou. “I didn’t want to believe it.”

Djossou, a 15-year MPD veteran previously honored for her service by Police Chief Peter Newsham, is going public with stunning allegations about what she says is going on in her own department.

“You know you have to have courage to sometimes take a stand, for things to change,” Djossou said. “And hopefully this will be the start of a different D.C. Police Department.”

“The commanders and the captains get promoted, and they get awards, when the crime stats are low,” Djossou said.

Djossou, who calls herself a whistleblower, says that can come with serious consequences.

“Some people are so comfortable walking in the district,” Djossou said. “They will walk down any block. You know headphones, jogging, because they feel like the crime isn’t as bad as it is.”

Included in those internal MPD documents are two different police reports. One which said the victim had her throat slashed. A second, which reported a man had a knife held to his neck in a case of domestic violence.

But instead of “assault with a dangerous weapon,” a felony charge that can get you ten years in prison, investigators classified both alleged crimes as a “simple assault.”

“Simple assault” is a misdemeanor that only carries a maximum of 6-months in jail.

Djossou showed the D.C. City Council another internal email which shows a shooting victim, who walked into Washington Hospital Center on his own for treatment, had his case changed from assault with a dangerous weapon to pending investigation.

Djossou said that’s likely because the gunshot victim wouldn’t cooperate with police. But she says if a shooting is classified as a pending investigation, instead of a firearms or assault case, which she says it should be regardless of whether a victim cooperates, that once again doesn’t get reflected in crime stats.

Djossou says that makes it another case of violence shielded from the public.

“It’s not OK to lie to the community about what’s going on around them,” Djossou said. “That’s what I saw happening.”

Djossou says she first went to her supervisors to complain about crime underreporting in 2015 and claims she faced retaliation for coming forward, including poor reviews, longer shifts and missed promotions.

But she didn’t stay quiet. And Djossou claims the retaliation continued until she and fellow D.C. Police Officer Tabitha Knight went public with their accusations January 16th in front of the D.C. City Council’s Committee on the Judiciary and Public Safety, which has oversight over the D.C. Police Department.

Below, see a portion of Eric Flack's extended interview with Sgt. Djossou:

At the time, Committee Chairman Charles Allen told the officers he was going to investigate their claims.

“My staff right here we’re going to make sure we get connected as well, so that we can follow up and get some information that you have, and we will have further conversations,” Councilmember Allen told Djossou at that meeting.

But almost two months later, Djossou said she hasn’t heard a word from Allen, or his office.

“It’s disappointing,” Djossou said. “It makes me feel like he doesn’t care.”

Chief Newsham will testify in front Allen as part of that oversight hearing on Thursday.

As with our prior reporting, we sent questions to MPD, hoping for a response. The department declined to respond to Eric Flack, but did provide answers to WUSA9 station leadership:

Q1: Was Sgt. Djossou retaliated against by her supervisors for bringing alleged crime underreporting to light?

A: No. If any member of the Metropolitan Police Department feels they are the subject of retaliation, we urge them to contact our Equal Employment Opportunity (EEO) Investigations Division so they may conduct an investigation. At the MPD, each protected class is afforded a workplace free of retaliatory and discriminatory behavior.

Q2: Do DC Police Supervisors and Commanders receive awards and promotions based on lower crime stats, as Sgt. Djossou alleges in our interview as the motivation for crime underreporting?

A: A Crime Reduction Award is presented annually to the entire police district that experienced the highest percentage of crime reduction.

Promotions are based on a number of factors but the member must exhibit a career worth of integrity, vision, accountability and leadership skills. In regards to our district commanders and supervisors, we have some of the top law enforcement leaders in the country.