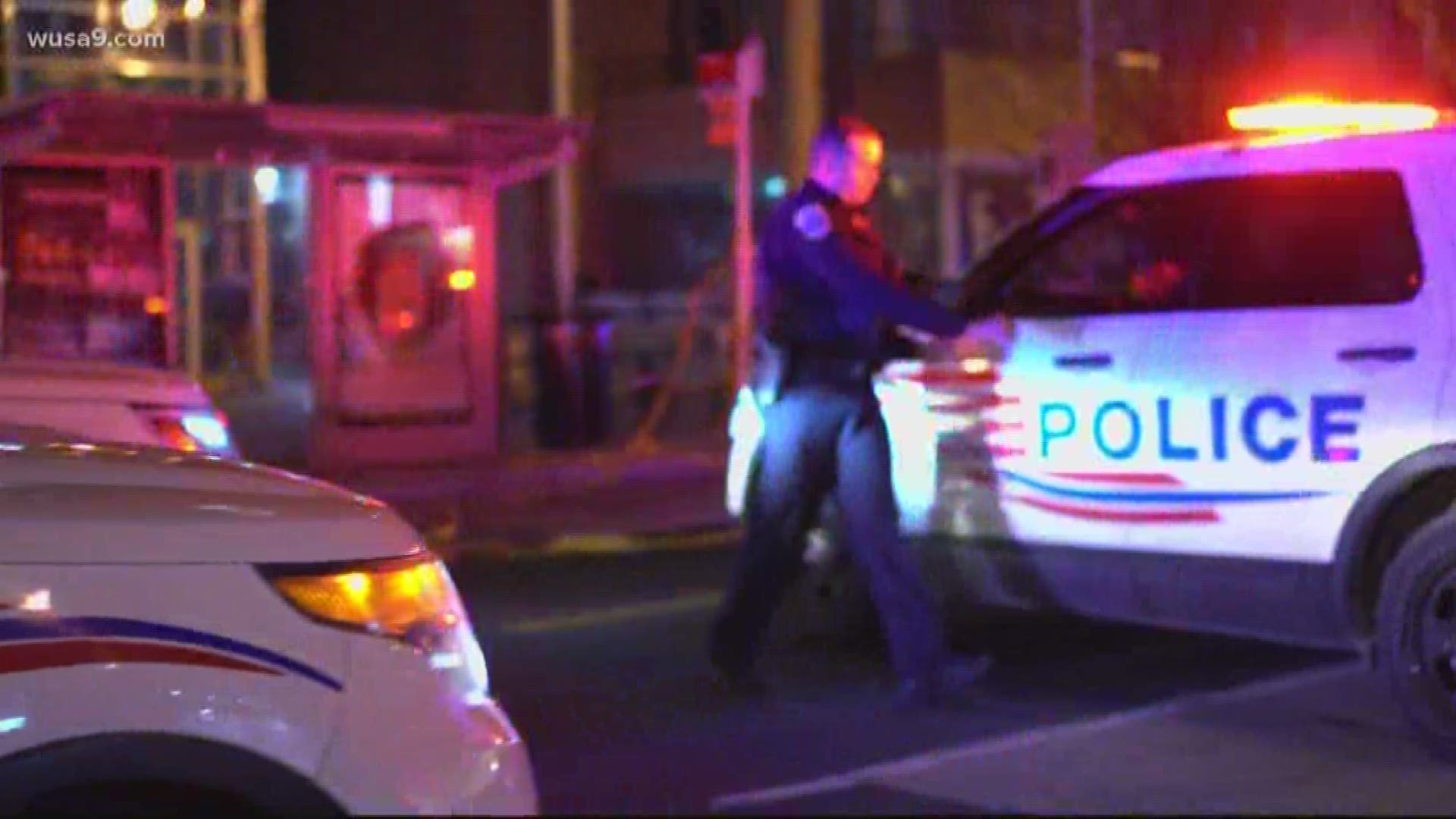 On a hot summer afternoon in August 2019, a woman standing outside a liquor store in Petworth asked a man to buy her some water, according to one of the police reports reviewed by investigative reporter Eric Flack.

What happened next, according to that police report, was unimaginable. The man allegedly slashed the woman's face and neck with an unknown object, sending her to the hospital.

That might sound like an “assault with a dangerous weapon,” a felony charge that can get you 10 years in prison.

But that’s not the way D.C. Police reported it; instead classifying the alleged crime as a “simple assault" – a misdemeanor that only carries a maximum of 6-months in jail.

In a second case, in the early morning hours on December 25, a night of drinking between a man and his boyfriend ended in an alleged case of domestic violence inside a Columbia Heights apartment.

According to that police report, the suspect grabbed his partner and held a knife to his neck while screaming profanities. But once again the police report says officers did not record the incident as an assault with a dangerous weapon, or even an aggravated assault, which is also a felony.

Instead, the police report shows investigators once again opted to classify the alleged attack as a misdemeanor “simple assault.” In the end, those police reports show neither case ended up being prosecuted.

So why would MPD seemingly downplay crimes in the District by labeling them less serious than they actually were?

Two veteran officers say it is all by design. And they have the documents they say prove it.

“I’m a sergeant for the Metropolitan Police Department, and I’m a whistleblower,” D.C. Police Sgt. Charlotte Djossou said in public testimony January 16 before DC Council’s Committee on the Judiciary and Public Safety.

WUSA9 has now obtained the internal police reports and emails Sgt. Djossou and Officer Knight handed over to Councilmember Charles Allen, the committee chairman, as evidence of their claims that some D.C. Police supervisors are ordering investigators to downgrade crime classifications from more serious crimes to less serious ones.

The goal, the officers say, is to make the city’s crime stats look better.

In addition to those two assault cases, the paperwork obtained by WUSA9 includes evidence that non-violent crimes are being downplayed as well.

An email from an MPD captain in the Fourth District dated March 12 instructs officers to stop using the classification of theft in the second degree where the value of the property stolen is under $25.

Instead, the captain writes that officers should use a charge most people have never heard of: “taking property without right.” It's an obscure crime designation that carries a maximum of three months in jail rather than the six-month sentence that could come with a theft charge.

Subsequent emails show three separate cases where officers followed that captain's directive reclassifying theft charges to that lesser known “taking property without right” charge. In two of the cases, those emails cited a lack of “solvability factors” as the reason.

So why does how a crime is classified matter?

“It sends the message that this is insignificant,” said Sandra Jackson, executive director of the House of Ruth, which shelters and advises victims of domestic violence.

“When we minimize it or we don’t say this is serious, then people may feel comfortable in continuing that kind of behavior,” Jackson said. “And that is absolutely what we do not want to happen.”

In addition to lesser penalties for the people committing crimes, the whistleblower officers say it’s also a question of transparency. On MPD’s crime data web page, only the most serious offenses, like assault with a dangerous weapon and theft, are highlighted and reported.

What you won’t find are less serious crime classifications like “simple assault” or “taking property without right.” The officers tell WUSA9 that not only skews public perception on how safe D.C. is, but also impacts how the city uses its resources to fight crime.

Those two officers who spoke out told Allen they weren’t the only police officers who are upset about crimes being misclassified by MPD. But they said they are the only ones willing to talk openly about it.

“A lot of times the officers are afraid to come forth and speak up because of retaliation,” Officer Knight testified.

At the time, Allen told the officers he would investigate their claims.

“My staff right here, we’re going to make sure we get connected as well, so that we can follow up and get some information that you have, and we will have further conversations,” Allen said.

But more than five weeks later, those follow-up conversations Allen promised still have not happened, according to the two whistleblowers.

WUSA9 wanted to ask Allen why, but he refused interview requests, as did the D.C. Police Department. MPD spokesman Dustin Sternbeck said the reason was because he felt investigative reporter Eric Flack was “not objective” and has “misleading intentions.”

D.C. Police have never provided any specific examples of what the department means by that. Nevertheless, WUSA9 went further to get answers, scanning all the internal reports the whistleblowers exposed and then sending them to headquarters with a list of more than a dozen questions – offering MPD another opportunity to give its side of the story.

Despite giving MPD weeks to respond, there have been no answers from the D.C. Police Department. But D.C. Police Chief Peter Newsham and Councilmember Allen may be forced to confront the alleged crime underreporting on March 5, when the chief has his yearly performance review in front of the D.C. City Council.

Below, find the documents and related questions WUSA9 submitted to MPD:

Example 1 includes two MPD incident reports: in the first, the victim was slashed in the face and neck; in the second the victim was threatened with a knife to his throat.

Example 2 includes emails showing an investigation into a shooting victim in which the classification was changed to “pending investigation.”

Example 2 also includes an email in which a Captain orders an Assault with a Dangerous Weapon reclassified to a simple assault.

Example 3 is an email from a captain instructing all part one crimes not be classified until a watch commander signs off on the classification.

Additionally, I would like to ask the following questions:

WUSA9 did not receive a response to any of these questions.