Joshua David Eckenrode was arrested and charged with the murder of Curtis Mason Smith. 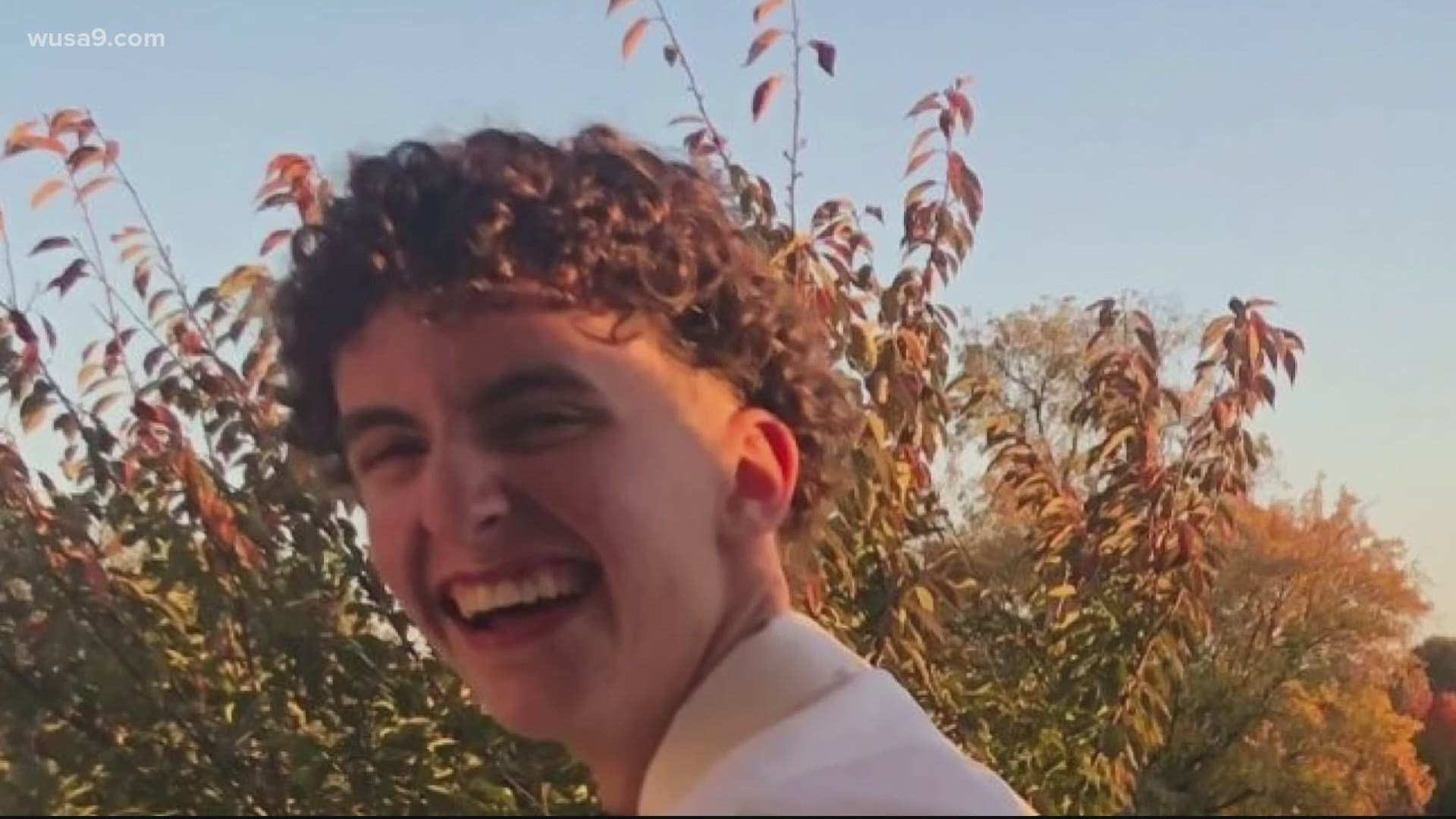 FREDERICK, Md. — A missing 19-year-old was found dead in Frederick, Maryland, and authorities have arrested and charged another 19-year-old with murder following a suspicious death investigation.

The Frederick County Sheriff's Office said in a release Monday that Curtis Mason Smith was found dead in a car in the 8100 block of Runnymeade Drive in Frederick County on Sunday afternoon, around 2:30 p.m.

After numerous witness interviews and the execution of two search and seizure warrants, Frederick County detectives arrested 19-year-old Joshua David Eckenrode and charged him with first-degree murder and use of a firearm in a violent crime. Detectives initially held Eckenrode on charges of possession of explosive material and weapons, but further investigation led to murder charges.

RELATED: Police: 19-year-old may have been planning for 'a mass shooting'

What we know so far

Smith was reported missing by his family on Friday, March 19, according to charging documents. His mother told police that her son left the house around 11:40 a.m. to get a COVID test and then planned to head to Upper Malboro, Maryland with friends to buy parts for a car. Smith's family had said they were concerned when he did not check in with them all day, and detectives filed Smith as a missing person later that evening.

Smith's sister told detectives she talked with one of his close friends on social media and found out he was actually heading to West Virginia to meet with someone he called "Redneck Josh" to buy or sell firearm parts. The friend said he spoke to Smith around 10:30 a.m. the day he went missing, telling him he was driving to West Virginia to meet "Redneck Josh" and that he would call him when he was done.

Charging documents allege that Smith was known to buy separate gun parts and build firearms. His girlfriend also told detectives that he was involved in selling marijuana and was "possibly involved in a dung trafficking ring."

"[The friend] said that he and Curtis were supposed to meet later and he was going to smoke marijuana with him," charging documents say. "[He] never received any further correspondence from Curtis."

On March 20, Smith's father told detectives that his son's car -- a 2012 Honda Accord -- had been found at the end of a long driveway near an abandoned barn off Runnymeade Drive in Frederick, Maryland. Neighbors discovered the car after their dog got loose and jumped the fence into the abandoned property.

WARNING: The content below is graphic and contains vivid details of violence. Discretion is advised.

The dog's owner told officers that she and two family members approached the car, where they saw a bloody hand through tinted windows. Additional investigators with the Frederick Police Department and Frederick County Sheriff's responded to the scene, where they opened the car door and found Curtis's body.

A large amount of blood was found inside the car, as well as multiple 9mm bullet casings in the back right seat. Smith's body was found face down behind the passenger seat, where officials say they found a gunshot wound in his head and his feet wrapped in a bicycle tire behind the driver's seat.

"Based on the blood evidence located on seems, it appears that the murder took place at the rear of the vehicle with the trunk in the opened position," detectives wrote in charging documents.

Officers said no gun was found at the scene, but noted that the shirt Smith was seen wearing leaving his home in Ring doorbell footage was not the clothing he was wearing when found.

Trash bags filled with cleaning wipes, blood-soaked towels, and clothing, including a blood-soaked sweatshirt that Smith was believed to be wearing the day he disappeared, were later discovered during a search of Eckenrode's residence. Based on that evidence, cell phone records and interviews with multiple friends of Eckenrode and Smith, Eckenrode was charged with first-degree murder and firearm use in a violent crime.

Smith's sister told WUSA9 that her family is "asking for prayers" but that they're not prepared to speak publicly, right now.

The sheriff's department says the investigation remains ongoing and ask anyone who may have additional information to contact the FCSO tip line at 301-600-4131 and reference case # 21-025637.