Gun safety groups say youth gun violence in the home is on the rise due to the quarantine. 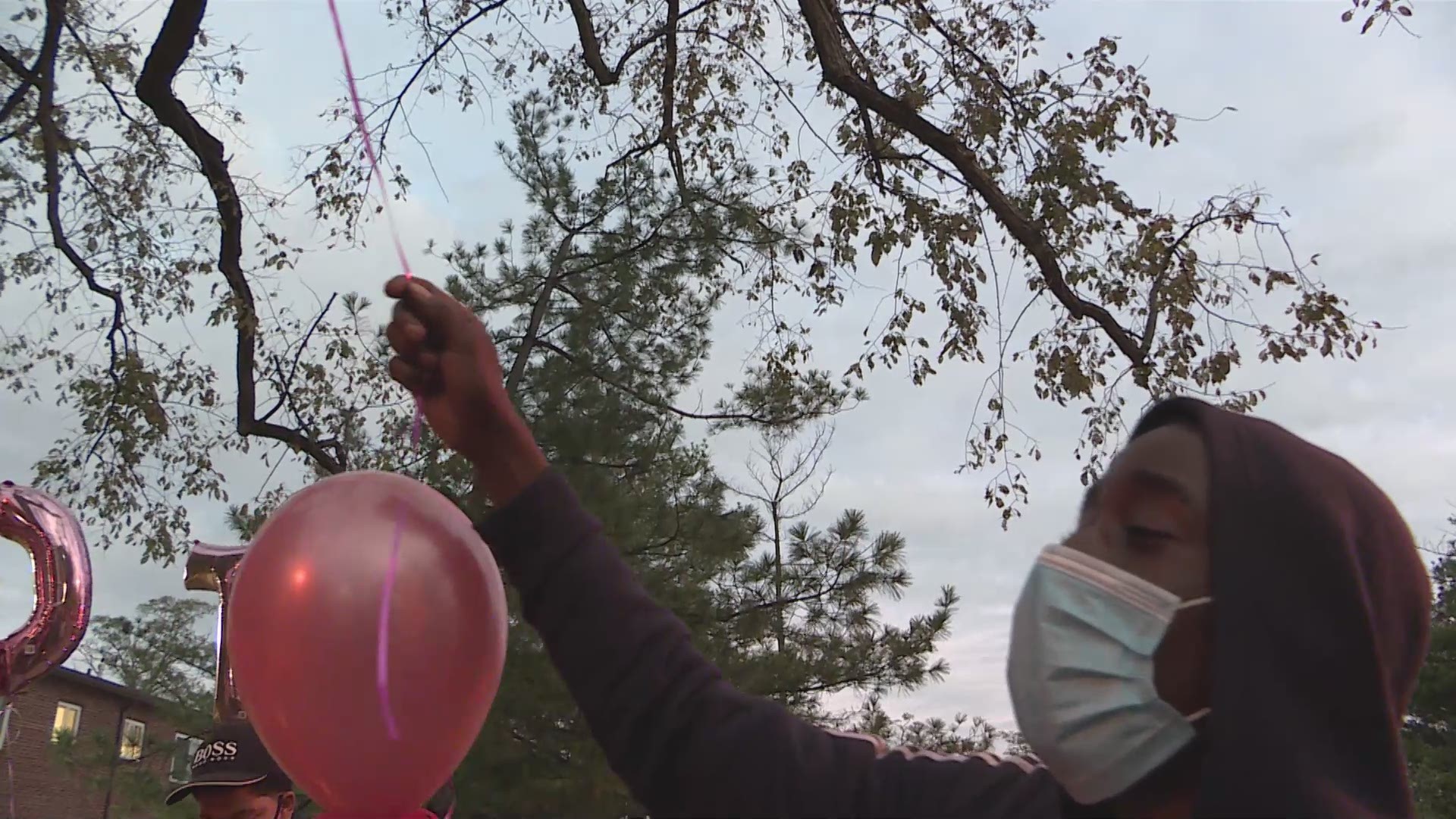 WASHINGTON, D.C., USA — COVID has left painful scars on many lives. And for some, that includes gun violence.

It was October when people gathered to mourn the loss of Lorraine Marie Thomas. And it was a scene only 2020 would could offer: people wearing masks at a murder vigil.

Thomas was a 21-year-old who by all accounts had turned her life and her neighborhood around working with community groups to broker peace in the Washington Highlands section of Southeast DC.

She talked about her past and her mission to stop the shooting in the streets in a video for the Alliance of Concerned Men just four months before she was found dead in those same streets.

“Just being corrupt. Doing bad things,” Thomas said in the video, now posted to You Tube. “And like knowing that you don't supposed to be doing it. like knowing you could be doing the things that you're supposed to do instead of doing the wrong things.”

Thomas pointed to the lack of resources in her community as a driving force behind the violence.

“Food is the big thing,” Thomas said. “Like, nobody never, like, look out for people in the community.”

The coronavirus pandemic has only added to the economic strain. Not just in Lorraine’s community, but around our area. And with the number of homicides in Washington, D.C., at its highest level since 2008, gun safety advocates say it’s impossible not to make a connection.

“The root causes of gun violence are simple: food insecurity, housing insecurity, lack of support systems,” said Rob Wilcox, deputy director of policy and strategy at Everytown for Gun Safety. “And coronavirus has exacerbated so many of those, you mix that with easy access to firearms and what you have is a powder keg.”

Wilcox said COVID-19 hasn’t just exacerbated gun violence on the streets. He says the pandemic has created the perfect storm for increased shootings in the home as well.

FBI data shows a surge in gun sales put a massive strain on the background check system. Everytown says that increases the risk that people who should be denied a gun may have slipped through the cracks.

So, what can happen with those guns?

Research from the National Institute of Justice has found easy access to a gun makes it 5 times more likely a domestic violence abuser will kill his female victim.

Couple that with the increased risk to the millions of children that are home from school this year, putting them in close proximity to all those firearms, and Everytown says the threat kids will be involved in a shooting in the home is at an all-time high.

Everytown says youth suicide, now the second leading cause of death among young people, is expected to rise this year based on historical trends.

In May, DC Police said two small children inside an apartment building in Southeast were playing with a gun when one of them fired it accidentally, hitting 4-year-old My’onna Hinton in the neck.

She survived, but suffered permanent damage to her spinal cord. DC Police says the case remains under investigation. No charges have been filed.

Researchers estimate at least 4.6 million children in the United States live in a home with an unsecured firearm.

“But what it comes down to is, you need to keep your gun and ammunition stored separately, locked, where the children don't have access to the code or keys,” Wilcox said. “It's that simple. And what the research shows is that works to dramatically reduce youth suicide and unintentional shootings.”

Like so many other aspects of this pandemic, the problems tend to impact communities of color more than any other. The Centers for Disease Control report Black Americans are nearly twice as likely as white Americans to die from COVID-19.

They are more than four times as likely to die from firearm homicide.

A group called Moms Demand Action created the “Be SMART” program which asks parents and gun owners to take some simple steps to prevent gun violence.