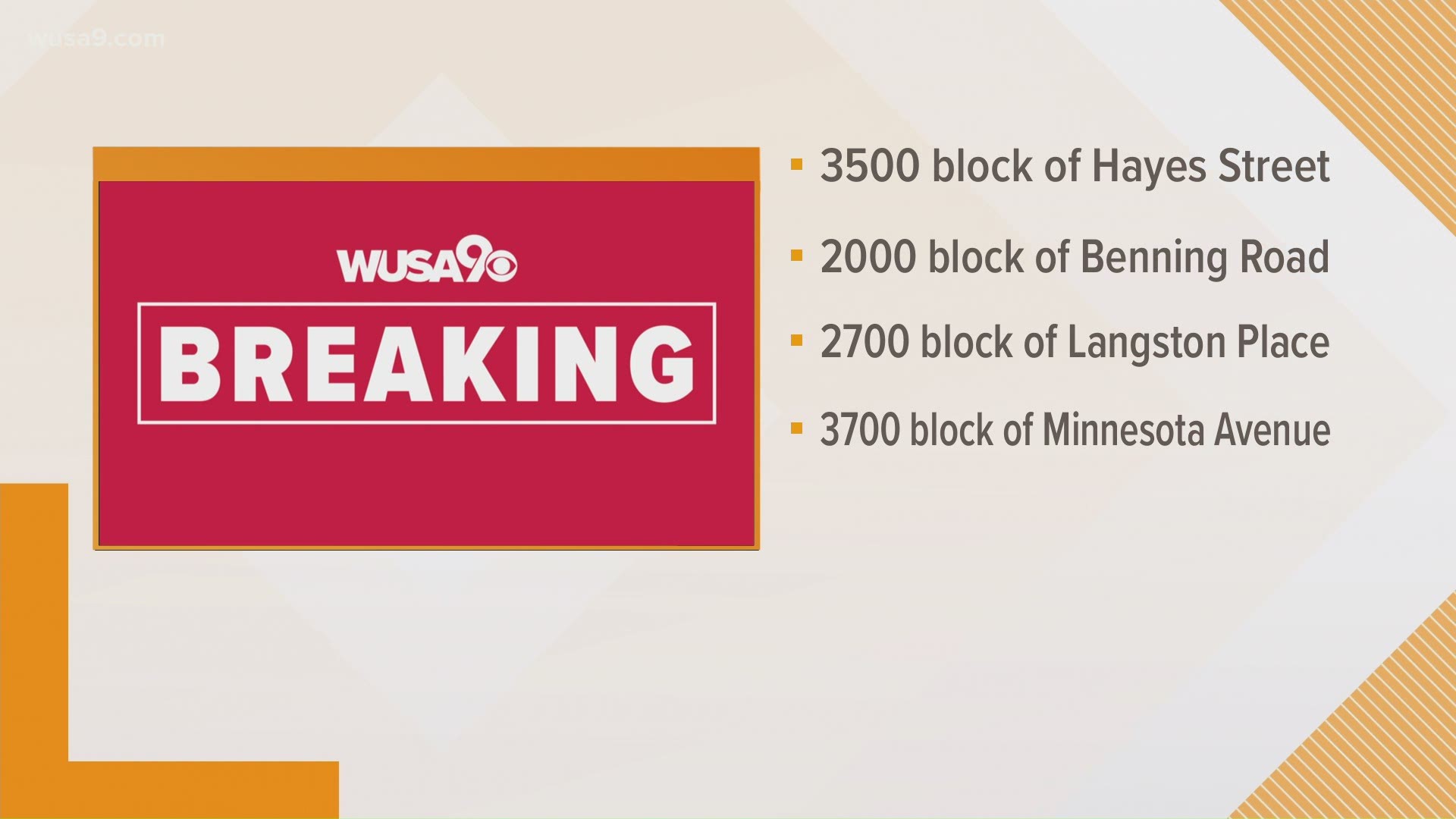 WASHINGTON — D.C. saw another evening of violence this weekend after four shootings were reported across the city.

The first of the four shootings happened just before 11 p.m. on Hayes Street in Northeast D.C. Police said they're currently searching for a white Volvo with tinted windows and a tire rack.

Police then found a man shot in the shoulder on Benning Road in Northeast just before 1 a.m. He was conscious and breathing when police found him. There is no released suspect information at this time, police said.

Shortly after, police tweeted out a shooting on Langston Place in Southeast. Police said they're looking for two armed men in the incident.

MPD is on the scene of a confirmed shooting in the 2000 block of Benning Rd, NE. Adult Male, conscious and breathing with a gunshot wound to the the Shoulder. No Lookout:

7D is on the scene of a confirmed shooting in the 2700 block of Lanston Place, SE. Lookout for 2 black males wearing masks and both armed with handguns./ 2688

The latest shooting took place on Minnesota Avenue in Northeast. The investigation is still ongoing. There is no information on any suspects or victims in this case, police said.

Alert: Shooting Investigation in the 3700 block of Minnesota Avenue, NE. No lookout at this time.
DO NOT TAKE ACTION CALL 911

On the morning of Oct. 11, 31-year-old Noelle Wilson became the city's 160th homicide victim in D.C.

On Saturday, friends and family gathered to remember her and call for an end to violence.

RELATED: 'We need to stand together' | Family of DC homicide victim calls for end to violence

This recent rash of violence comes after a violent weekend that involved five shootings within a 24-hour span during the second weekend in October. That first full week in October saw nine shooting deaths total.

To learn more about the number of homicides in Washington this year and for previous years, click here.