The child was taken to a nearby hospital for treatment with critical injuries. 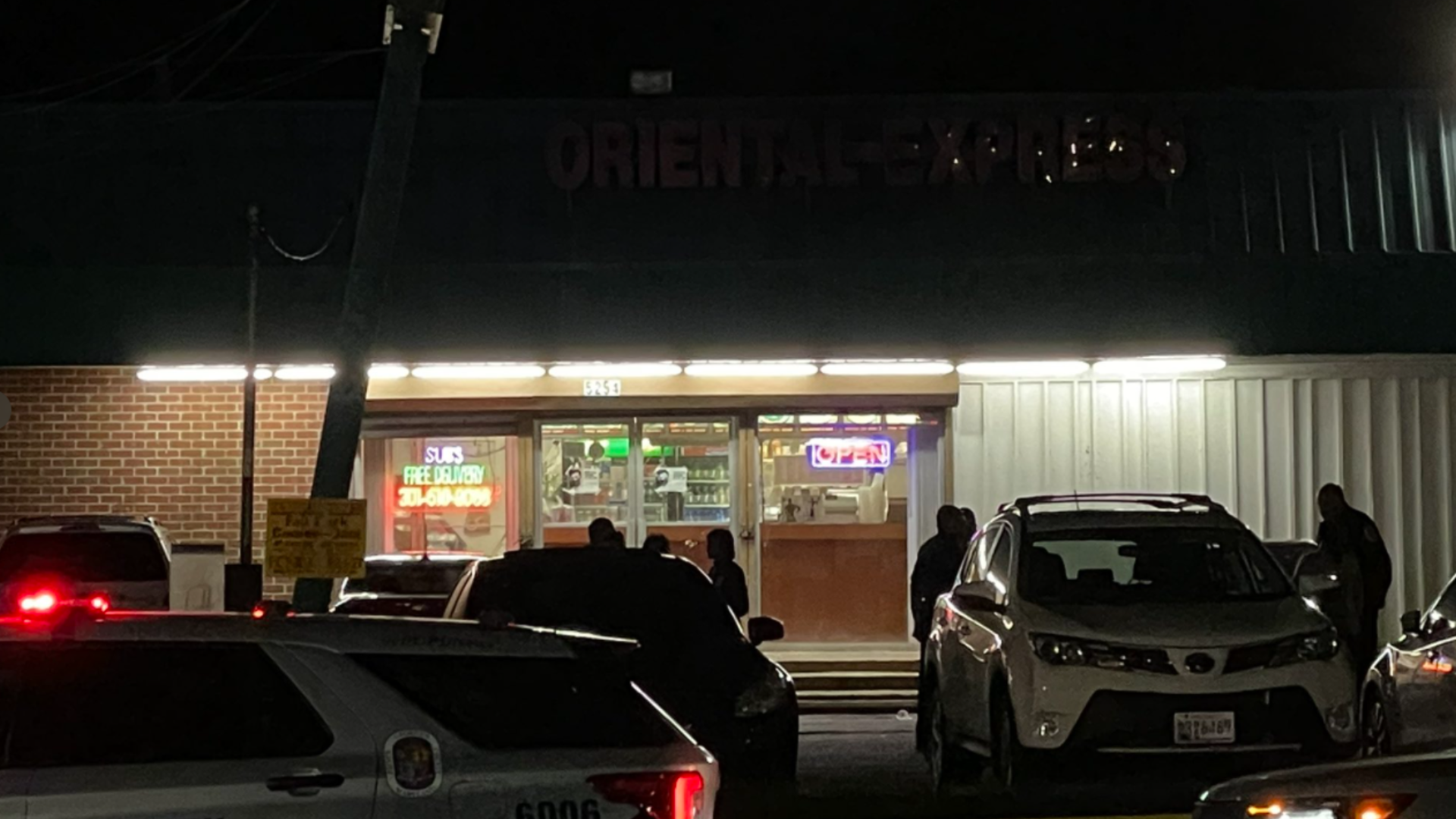 CAPITOL HEIGHTS, Md. — Police are investigating after a 12-year-old girl was shot in Capitol Heights Friday.

According to the Prince George's County Police Department, the shooting happened just after 6:30 p.m. at the Chinese restaurant Oriental Express in the 5200 block of Marlboro Pike.

When officers arrived, they found a 12-year-old girl who had been shot in the stomach. The girl was taken to a nearby hospital for treatment with critical injuries.

Police say the gunshots came from outside the restaurant and officers do not believe the child was the intended target of the shooting.

In a press conference, County Executive Angela Alsobrooks joined Deputy Kevin Hughes in asking for the public's help finding anyone who may have been involved in the shooting.

"Our kids are off-limits," said Alsobrooks.

Anyone with information is encouraged to call Crime Stoppers at 866-411-TIPS.

UPDATE: Police say a 12-year-old girl was shot in the stomach. The young girl is now in surgery, per police.
County Executive Alsobrooks is pleading for anyone with information to come forward and call 866-411-tips @wusa9 pic.twitter.com/TbBP2guUmn

"I’ve been living out here 28 years and so far it seems like it’s getting worse, some parts are getting better," said Capitol Heights resident George Bridges.

Resident Cybill Johnson added, "We need to get the guns off the street. Me being an ex-federal officer, it’s bad. But it’s coming from the city, spilling over to us. I blame parents because if you raise your kids right, they don’t do this."

WATCH NEXT: 2 and 4-year-old rescued from bedroom in Hagerstown house fire, found in cardiac arrest

Officials arrived on the scene to find smoke billowing from the townhome and shortly discovered the two children were trapped inside of a second-floor bedroom.