Police say one person was taken into custody. 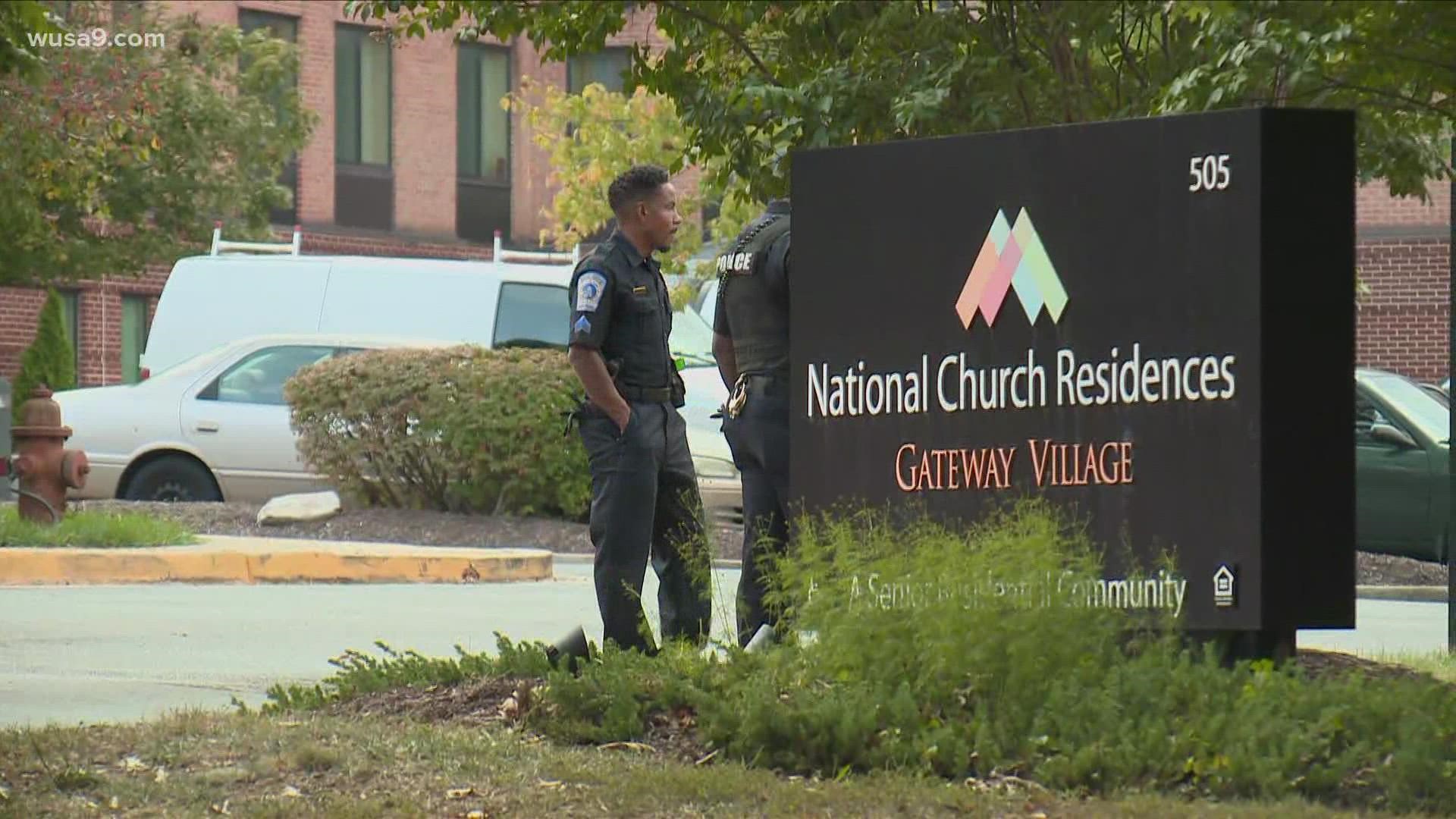 CAPITOL HEIGHTS, Md. — Two women are dead and one person is in custody after a shooting at a senior living community in Capitol Heights Friday morning, according to Prince George's County Police Department.

Police said they were called to the reported shooting around 9:15 a.m. in the 500 Block of Suffolk Avenue at Gateway Village. One suspect was placed in custody moments later.

Police originally asked residents in the area to shelter in place due to the investigation.

The two women have been confirmed as staff members employed by National Church Residences Senior Living Communities, according to a statement from the company.

Police cannot yet confirm any more identifying information about the two victims or the suspect.

Nearby, Capitol Heights Elementary School was on lockdown out of an abundance of caution, police said. The lockdown has since been lifted as of 11 a.m.

Family members of residents at the community were asked to gather at a nearby firehouse located at 6061 Old Central Avenue.

At this time, information about the incident has not been released. Police said the scene is secured.

WUSA9's Megan Rivers arrived at the scene of the shooting and spoke to a man who says he lives in the building and believes he made contact with the suspected shooter following the incident.

The witness, identified as Donald, told us that during his encounter with the suspected shooter, he said the person told him to let the police know he was no threat.

Donald also said the suspected shooter was a resident at the community and he thinks the person retaliated "...because of the way they treat the residents at Gateway Village."

This Donald. He says he lives in the building and made contact with the suspected shooter after the shooting happened. @wusa9 pic.twitter.com/xKmcRdPgkN

#BREAKING: We just arrived at the scene of a shooting in the 500 Block of Suffolk Avenue in Capitol Heights. @wusa9 pic.twitter.com/w33DZeQjnh

This story is developing. WUSA9 will provide the latest update as additional information becomes available.