Man trained in MMA fights back against potential carjackers, 3 arrested after pursuit

After getting the man's keys, they were foiled again since none of them knew how to drive a manual transmission car 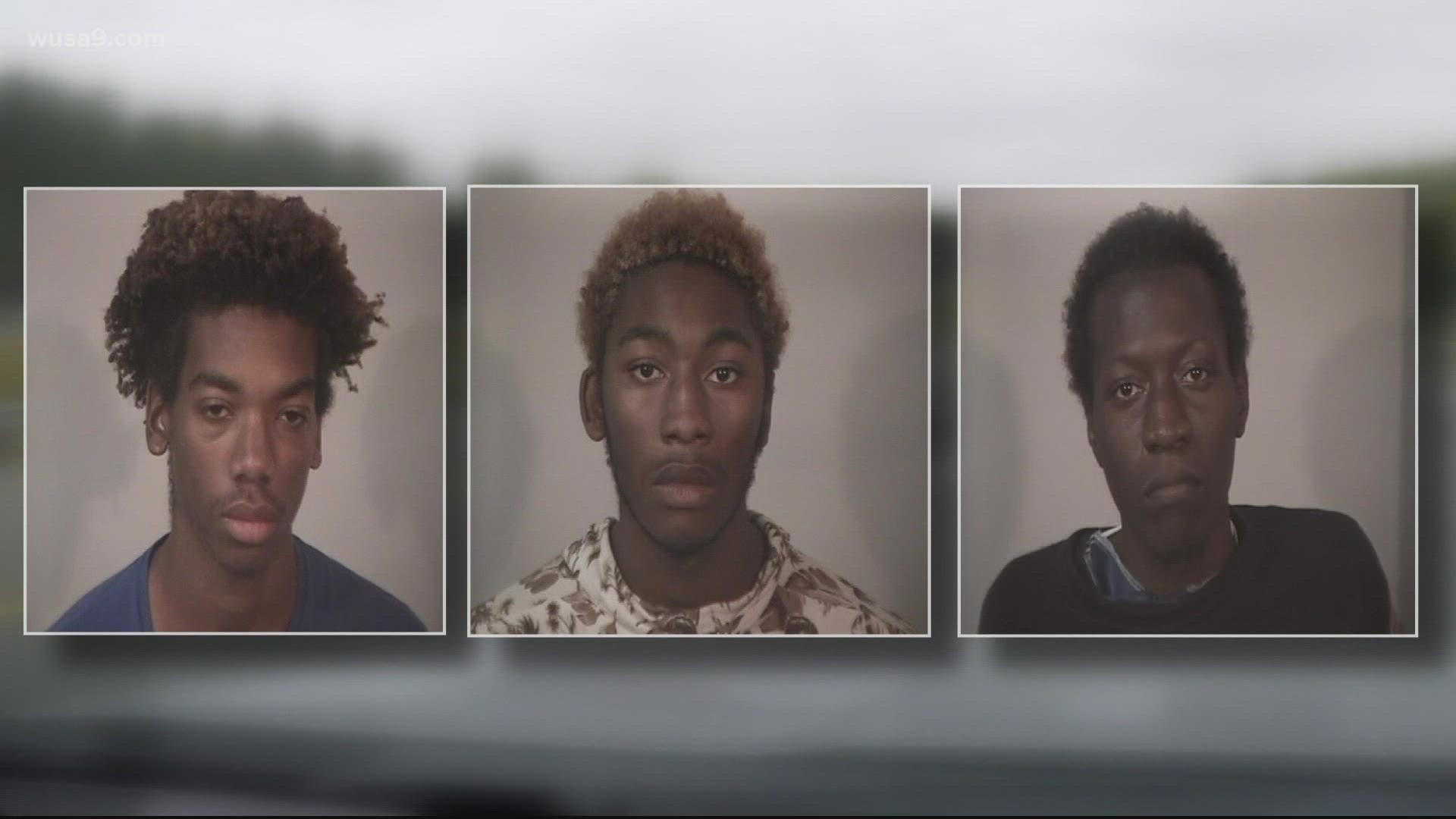 STAFFORD COUNTY, Va. — Three men who tried to carjack a man by hitting him with a wooden stick outside an Anytime Fitness were forced to flee when the potential victim fought back using his training in mixed martial arts, and one of the suspects didn't know how to drive a manual transmission.

Deputies with the Stafford County Sheriff's Office were called to the gym at 25 Tech Parkway for a disturbance just before 5 p.m. Tuesday. Multiple callers reported three men had attacked the man in an attempt to steal his car. The three men hit the man several times, but the victim fought back, according to deputies.

One of the suspects eventually got hold of the man's car keys and jumped in the car, but was stymied by the car's manual transmission and had no clue how to drive the car, deputies said. Eventually, more people inside the gym rushed out to thwart the attempted carjacking. All three suspects were eventually able to get back in their vehicle and left the scene.

Deputies learned the suspects were driving a white Acura sedan with Mississippi plates and they were quickly spotted by a deputy who attempted to pull the car over on Garrisonville Road near I-95. Instead of stopping, the suspects took off and headed northbound on I-95.

The pursuit reached a speed of 98 mph, deputies said. Near mile marker 145, the suspects entered the HOV lanes by crashing through the barrier arm and began driving northbound while traffic was headed southbound.

The suspects eventually stopped on their own about two miles later. No crashes happened and no injuries were reported. From there, the men bailed and took off on foot into the wooded median between the HOV lanes and the southbound lanes of the interstate.

Stafford County deputies, Virginia State Police and Quantico PMO set up a perimeter around the area. K-9 Titan and his handler, Sgt. B.U. Demirci, were able to track the suspects through the heavy brush and found the three men. They were told to give up or the K-9 would be deployed. Two of the men complied.

"The third suspect incorrectly judged his own speed or K-9 Titan’s speed and attempted to run away. This attempt was futile as K-9 Titan was released and apprehended the suspect within 50 yards," Stafford County deputies said.

All are being held at the Rappahannock Regional Jail without bond, though Land briefly went to the hospital for treatment of a dog bite.

RELATED: 'Get out or I'll kill you' | DC Police investigate armed carjacking, searching for 4 suspects, ages 16-18