Between DC and Prince George's County, seven people were shot Saturday night around 7-9 p.m., according to information from two local police departments. 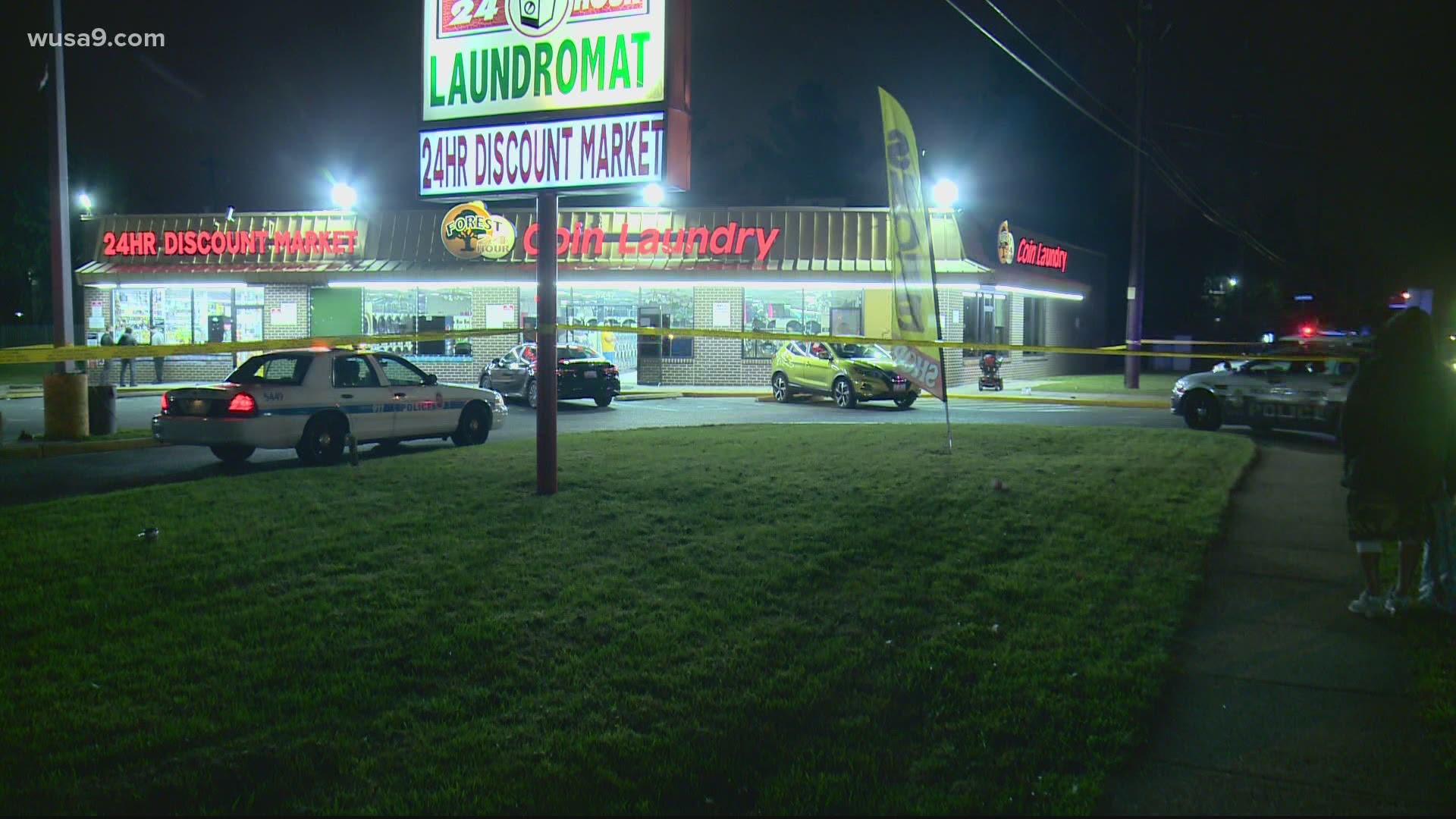 WASHINGTON — Seven people were shot, including one death, in the greater D.C. metro area, in Washington and Prince George's County, within a two-hour span, according to information provided by multiple police departments

The three shootings in D.C. only had one victim each, according to the Metropolitan Police Department. One of the three shootings happened in Southeast, where a man was found dead, while the other two shooting victims were in Northeast.

The locations and times calls were made to police about the shootings are:

In the shooting on L Street Southeast, a man was found dead in a residential building. Police said the victim, 36-year-old Marcus Wallace, was located suffering from gunshot wounds. They said Wallace "displayed no signs consistent with life" when EMS crews responded to the scene. His body was transported to the Office of the Chief Medical Examiner, police said.

Two men in the Walker Mill Road shooting are in critical condition, according to Prince George's County Police.

No other conditions are known for the others shot Saturday night.

Other victims were taken to hospitals in DC and Prince George's County, according to both police departments that WUSA9 has been in contact with about the shootings.

WUSA9 is working to get more information on all the shooting that happened Saturday evening.

It is not known at this time if any of the shootings are connected.

RELATED: Record number of people get tested for COVID-19 ahead of Thanksgiving holiday

RELATED: Police: Officers shoot, kill man after he fired at them with a semi-automatic rifle

RELATED: DC Police tweet implies gun crimes would worsen if bill passed to release some young violent offenders. One councilmember says no evidence of that