On Friday, a group of bike riders traveled through historically Black neighborhoods of D.C. to highlight the changing city and the need to preserve culture. 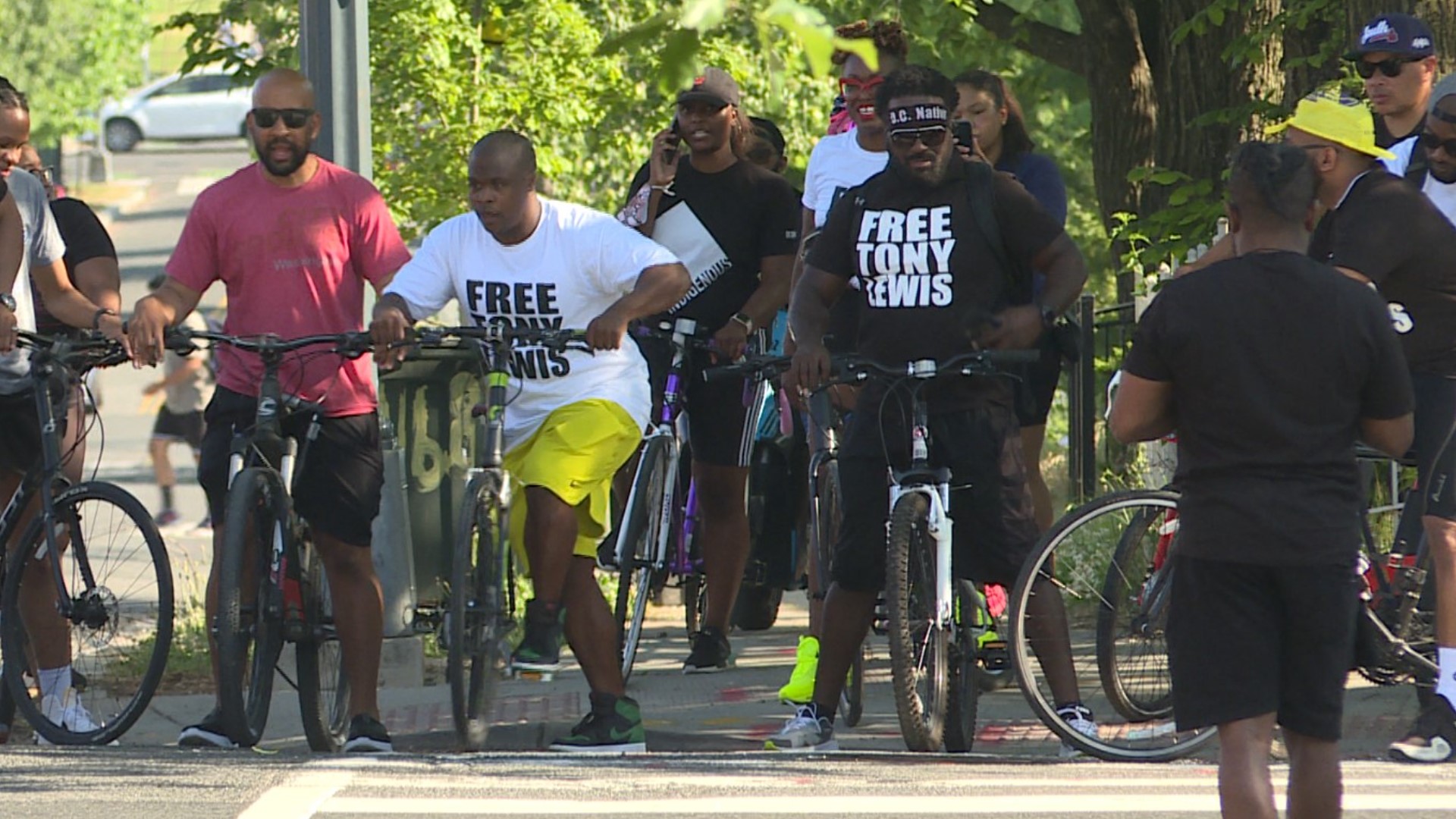 WASHINGTON — On Friday afternoon, a group of bike riders waited on the corner of First and M Streets in Northwest

Many, if not all, were D.C. natives. Some could remember specific details of the Sursum Corda neighborhood, from what the streets looked like to where they could often find their friends.

While the intersection would have been right across the street from homes inside the area years ago, it instead offered a view of construction that led to the removal of those same households and residents.

"Can you imagine a community where thousands of people are now no longer there?" asked Tony Lewis Jr. while sitting on his bike. "I’m still in awe that Sursum Corda is not here. Thousands of people lived here and they used to have a high-rise building.”

Lewis was one of the bike riders who came together on Friday as part of special DC Natives Day festivities this week.

While the bike ride began near the old Sursum Corda neighborhood, the participants rode three miles through other historically Black neighborhoods.

Organizer Angel Gregorio, a D.C. Public Schools (DCPS) and Howard University graduate, said the ride helped show the progress seen in the city but also the need to preserve the history and culture that shaped the district into what it is today.

RELATED: This DC native is going viral for her comfort food recipes on Tik Tok | For The Culture

"Today is a symbolic representation allowing us to flow through the city on our bikes to see firsthand the changes of the city," she said. "What DC Natives Day represents is us being this almost endangered population now in DC where you don’t really meet a bunch of natives. We want to use this day to highlight the fact that there’s still a few of us here.”

Some wore "DC Native" t-shirts while others rode to simply show support for the effort.

For three miles, the riders stayed together through the streets before stopping at the Sandlot, a Black-owned bar in Georgetown.

"We want to send a message to our city that once upon a time, Black people lived in Georgetown and then there was displacement among those residents," he said.

Lewis and Gregorio both hoped the effort could bring attention to the need for greater representation of DC natives in city leadership.

Lewis added that by improving affordable housing and being more inclusive of the people who have a history of living in the district, progress could come.

"What do we do as a city to ensure that people who want to come back can come back?" he said. "This is a very cosmopolitan and transient place. Nothing is wrong with that but what happens as it relates to decision making is it’s not enough connectivity to those real issues.”

Moving forward, Gregorio hoped the effort could help lead to more awareness and a more inclusive future for her home.

"It feels almost frustrating to feel like a tourist in your own city," she said. "I think the biggest takeaway is for folks to recognize that DC natives have made significant contributions to the culture of this city.”

The bike ride on Friday marked the third year Lewis and Gregorio organized a gathering in honor of DC Natives Day.

They also plan to hold a "Native Give Back" event at the Greenleaf Apartments along N St. SW at 1 pm on Saturday.