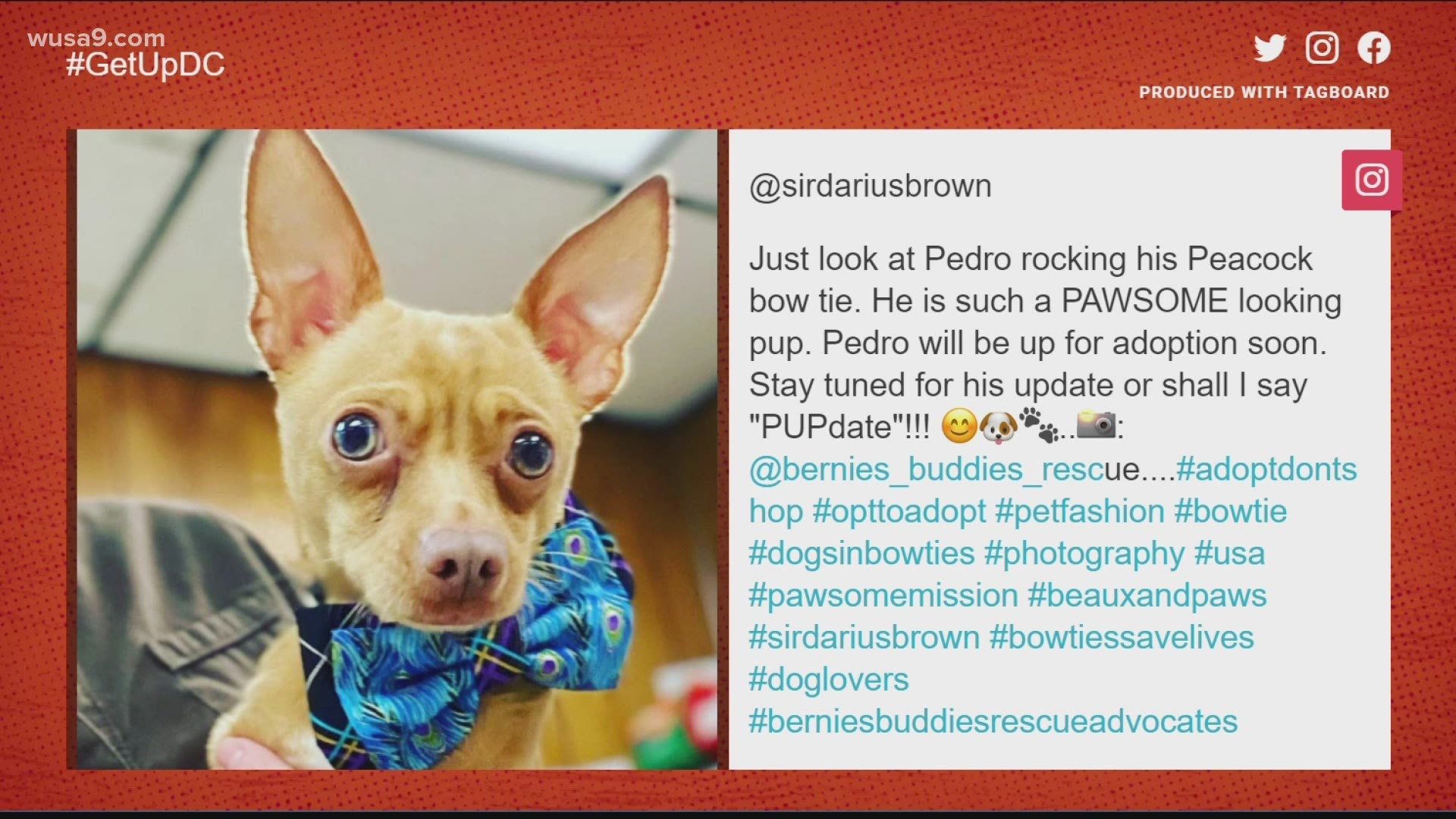 WASHINGTON — It's time to get uplifted!

We all know the phrase "Adopt, don't shop." It's a phrase that is near and dear to my heart.

Sometimes our furry friends in shelters need just a little extra something so they can find their forever home.

That's where Darius Brown comes in.

When he was 8 years old, his sister taught him how to sew a bow tie.

Two years later, in 2017, Darius found a great cause for his new hobby: Dogs and cats up for adoption.

Darius realized he could help them stand out by looking hilarious - and very adorable.

When rescue animals were brought north in the wake of Hurricane Irma, he dropped off 25 pet-sized bow ties to an animal shelter in New York City.

They instantly became a hit.

Darius says that shelter workers tell him that the bow ties have especially helped older animals stand out and get adopted faster.

RELATED: Officer flagged down to help tie a tie | Get Uplifted