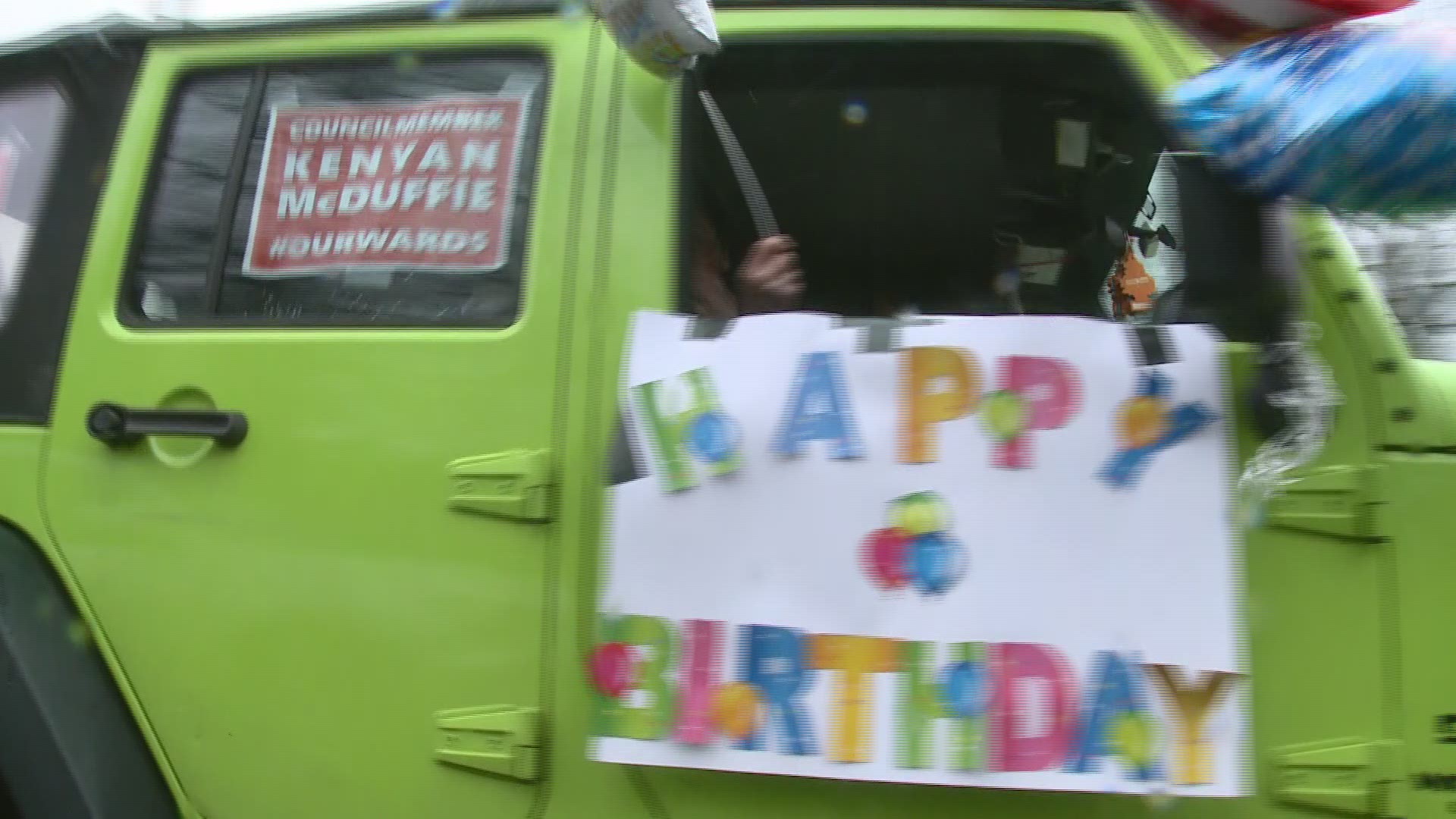 WASHINGTON — It's time to get uplifted! That time when we celebrate special people in our community.

We want to wish a very happy birthday to D.C.'s own William Fauntroy, Jr.!

He turned 95 years young on Friday.

William joined the military during World War II, and was assigned to the famous Tuskegee Army Airfield for training...

The war ended just before he completed his training, and he was discharged as an aviation cadet.

He was the urban planner for the portion of the subway system built in the District!

Now, because it's still not completely safe to gather together due to the pandemic, friends and family threw a car parade celebration of William Fauntroy's birthday on Sunday afternoon.

Dozens of people showed up to help celebrate to life of Mr. Fauntroy. Here's what it looked like.

RELATED: Officer flagged down to help tie a tie | Get Uplifted

RELATED: Girl in Italy has some unexpected remote learning classmates | Get Uplifted