Metrobar, a metro car turned into a bar and art space, will be opening just in time for spring. 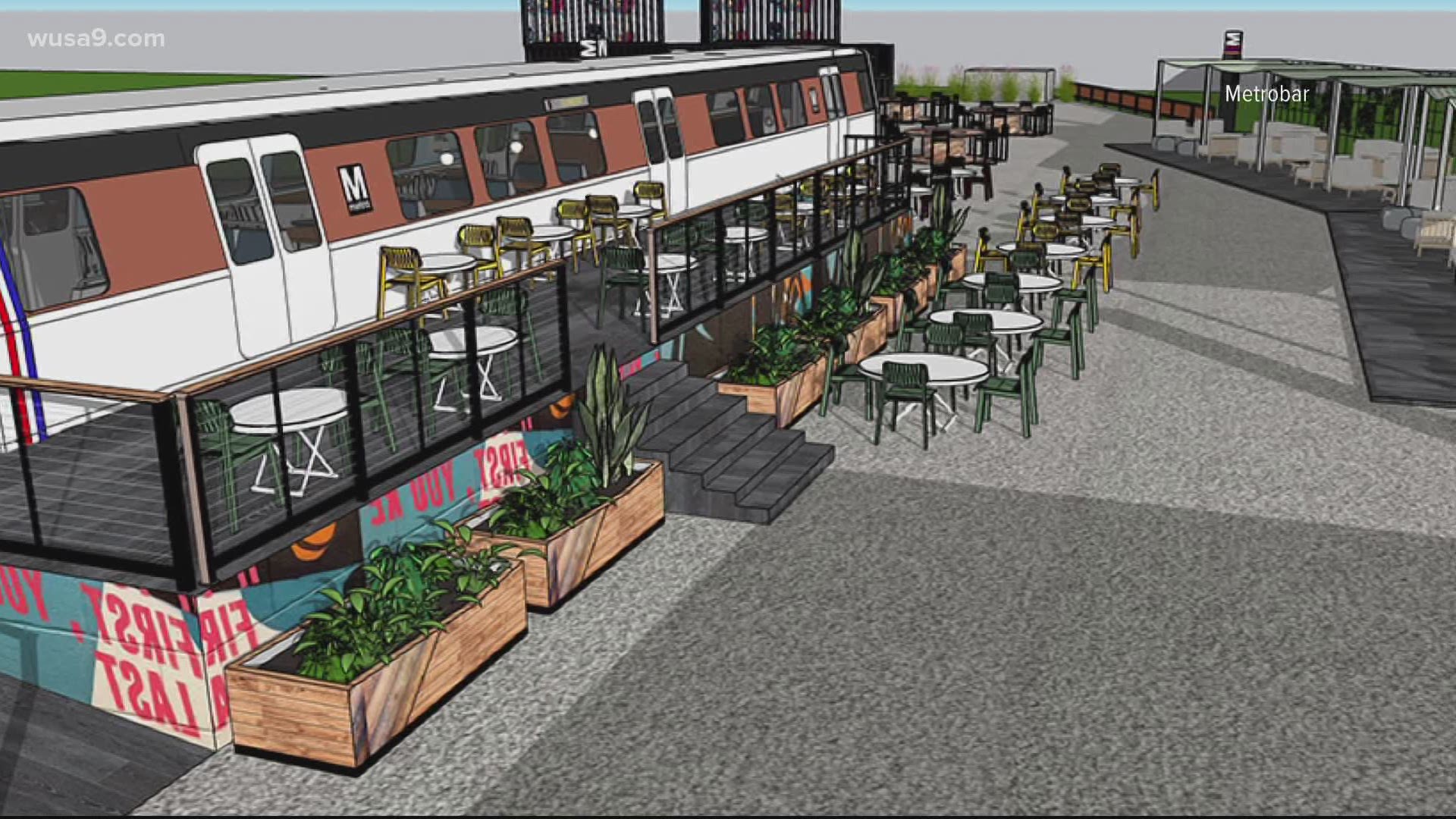 WASHINGTON — A cool new hangout is about to roll into Brentwood at the Rhode Island Avenue Metro station.

It’s called Metrobar, and it’s a bar built into an old Metro car. The bar itself will be inside a refurbished 5000-series Metro train car. The 5000 series was first brought into service in 2001 and trains began being retired in 2018, according to WMTA.

Outside, Metrobar will have a huge outdoor space, so it's COVID-friendly. The outdoor patio space will be 11,000  Once restrictions are lifted, there will be indoor seating as well.

"The venue will feature intimate and life-sized art installations, from the railcar itself to our tables, murals, stage, screens, and other programmable segments," Metrobar's website says.

Metrobar says they'll be focused on local artists in and around the space.

"[Metrobar] symbolizes the connection between the District’s eight wards and will celebrate what makes the District great – while provoking conversation about where the District has been, where it is now, and where it’s going," the website says.

Meanwhile the bar is hiring ahead of its opening. They're looking for servers, bartenders and barbacks as well as a beverage director and an events coordinator.

Metrobar is expected to open in the spring of 2021, but no specific date has been announced.

Art, culture, and a safe environment to hang out. Just remember, please stand clear of the closing doors.

RELATED: DC pub that was robbed is offering a backpack full of Jameson to anyone who helps identify the suspect