Snowflakes could fall in DC during the Women's March

This year's Women's March also has a new route. 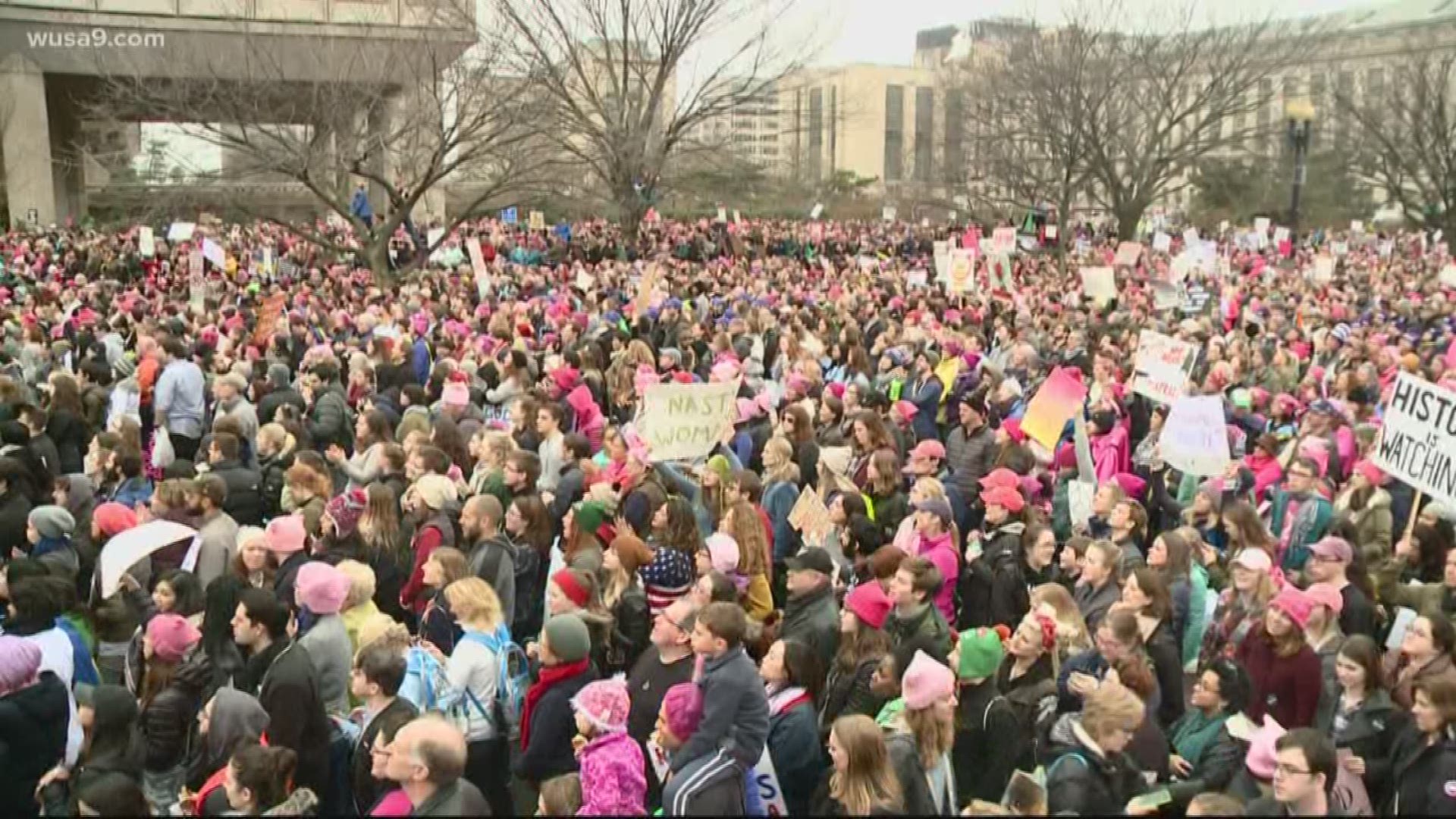 WASHINGTON — D.C. could see some snow Saturday during the fourth annual Women's March.

Right now, organizers say the rally for the march is still scheduled to kick off at 9 a.m. in downtown Washington.

At this point, the march has not made any announcement to possibly change its plans for Saturday due to the expected snow. If it does storm, this would not be the first time the march will have had to deal with unpleasant weather.

RELATED: Here's what to expect at the 2020 Women's March on Washington

While it was unseasonably warm during the first two Women's marches, in 2017 and 2018, last year, it was actually as cold as the WUSA9 forecast expects it to be on Saturday. A few scattered rain showers also made an appearance.

If you do decide to march on Saturday, regardless of the weather, this year's march features a new route.

Organizers say it will start at Freedom Plaza and then circle around the perimeter of the Ellipse, White House and eventually Lafayette Square. Many streets within a block of the route will be closed until 4 p.m.

Credit: Women's March
March steps off from Freedom Plaza, goes to White House and finishes back at Pershing Park.

It remains unclear as to how many people will actually show up for this year's march.

The Washington Post got the permit application for this year's march from the National Park Service, which says organizers are expecting 10,000 people to attend.

While the impending weather could keep some participants away from the event, it is also possible the anticipation of the upcoming election cycle could attract new activists.

RELATED: Here's when the wintry mix will disrupt your weekend