Winter slop and rain continue Saturday afternoon in the DMV

The highest impact will be areas north and west of the DC Metro. 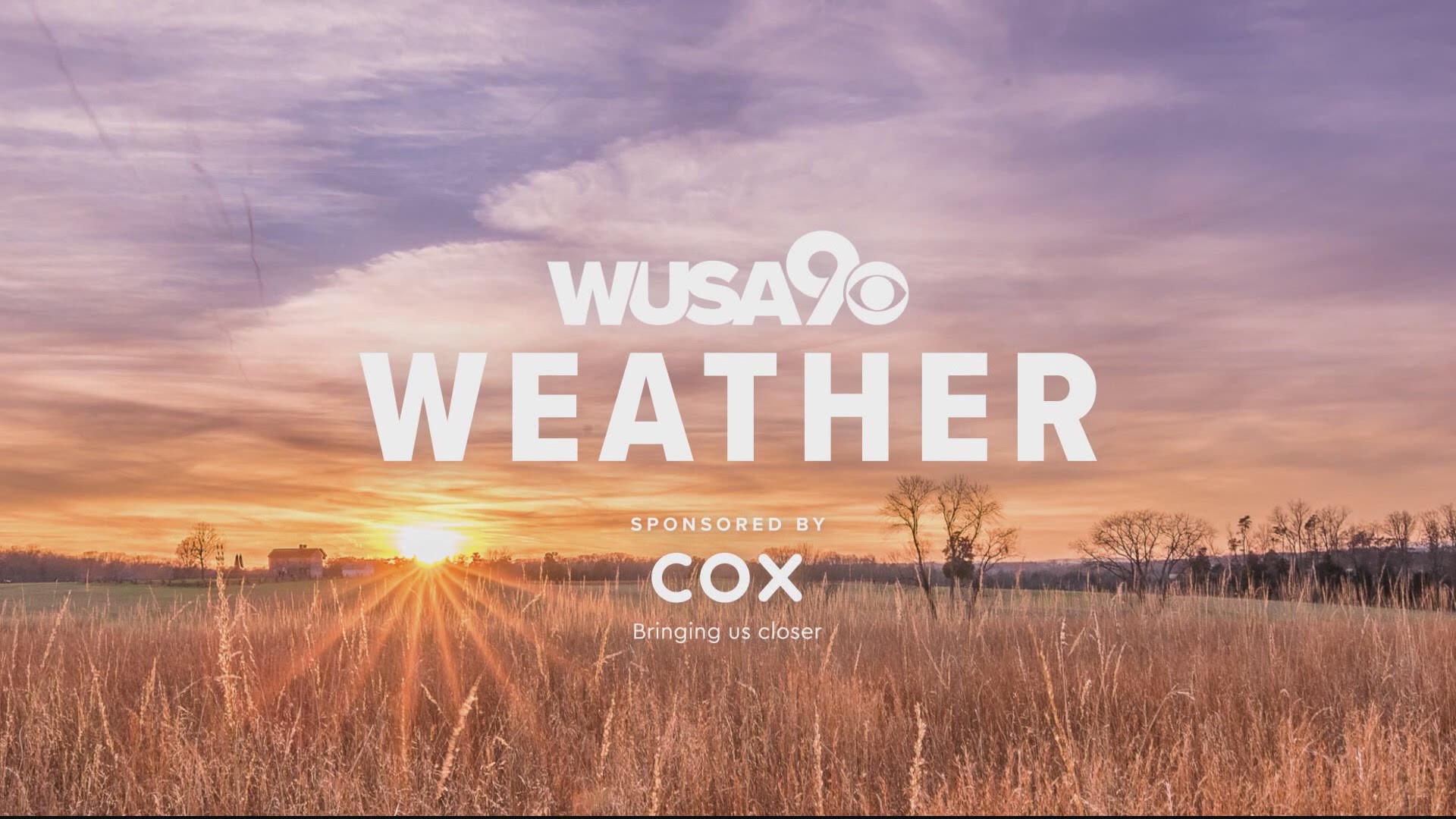 WASHINGTON — A mixed bag of snow, sleet and freezing rain could cause slick roads and less-than-ideal driving conditions for part of the weekend. Slick driveways and sidewalks are a big concern Saturday for areas northwest. Please be careful walking.

Below we walk through how much ice to expect, the futurecast & timing, and what to expect for the roadways.

Main Points - What You Need to Know:

A Winter Weather Advisory has been issued for areas north and west of D.C. for the potential travel impacts the additional wintry mix of sleet and freezing rain 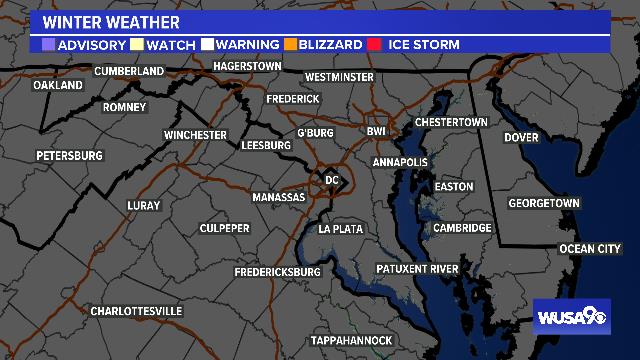 Areas on the northwest of the metro near Leesburg and Gaithersburg could have a glazing to a tenth of an inch of ice possible. Locally, between Frederick to Hagerstown to Martinsburg, we could see up to a quarter of an inch of ice in these areas, which is enough to bring down some small limbs and tree branches and cause an isolated power outage.

Futurecast and Types of Precipitation

Saturday Afternoon -  Winter 'slop' will continue working through the area for the afternoon. It's not a steady rain/sleet/freezing rain, but rather some periods of rain and wintry mix.

For areas in the D.C. metro, a light wintry mix is possible with sleet and freezing rain mid-day, which will change to just rain as temps climb above freezing in the early afternoon. Northwest of the metro, this wintry mix is more likely, especially near the Catoctins (Frederick County, Md.) down to Skyline drive. For southern Maryland, temperatures will be climbing above freezing and it is mostly rain.

RELATED: The Wedg-e. It can bring an uncomfortable, sloppy winter mess to the DC area.

Futurecast shows what Saturday afternoon could look like across the DMV. The light wintry mix is ongoing on the northwest side of town, and just rain showers further southeast.

Saturday Evening - Areas in the D.C. metro will all be above freezing. But the temperatures northwest near Hagerstown and Frederick could still be hovering at or below the freezing mark into the early evening with freezing rain still possible. By mid evening they should also climb above freezing.

Recap: Saturday Wintry Mix, Impacts
A weekend storm will bring snow, a mix, and rain to the DMV.

We're done with snow for the day. But a wintry mix will linger through the afternoon north and west of the inner metro. For the D.C. metro, early afternoon sleet and freezing rain transition to just rain showers later in the day.

Untreated roads northwest of town could be slick throughout the day, especially bridges and overpasses. Sidewalks, driveways and parking lots will also be slick.

Some flights could be delayed as well this afternoon while wintry weather continues.