Ellicott City has been hit by two significant flash floods within two years. What is a "1000-Year Flood"? And why did the two floods happen so closely together.

What are the odds this can happen? And why is it happening so frequently?

But the odds of the event happening two times in less than 2 years does not change. It would be as if you flipped a coin 10 times. Each time, there's the same probability - 50% - of the coin landing on heads. With both 2016 and 2018, there was a 0.1% chance of it occurring. It would be like winning the lottery twice within a couple of years: it's unlikely, but there's still a chance. With Ellicott City, they fell within that 0.1% twice. 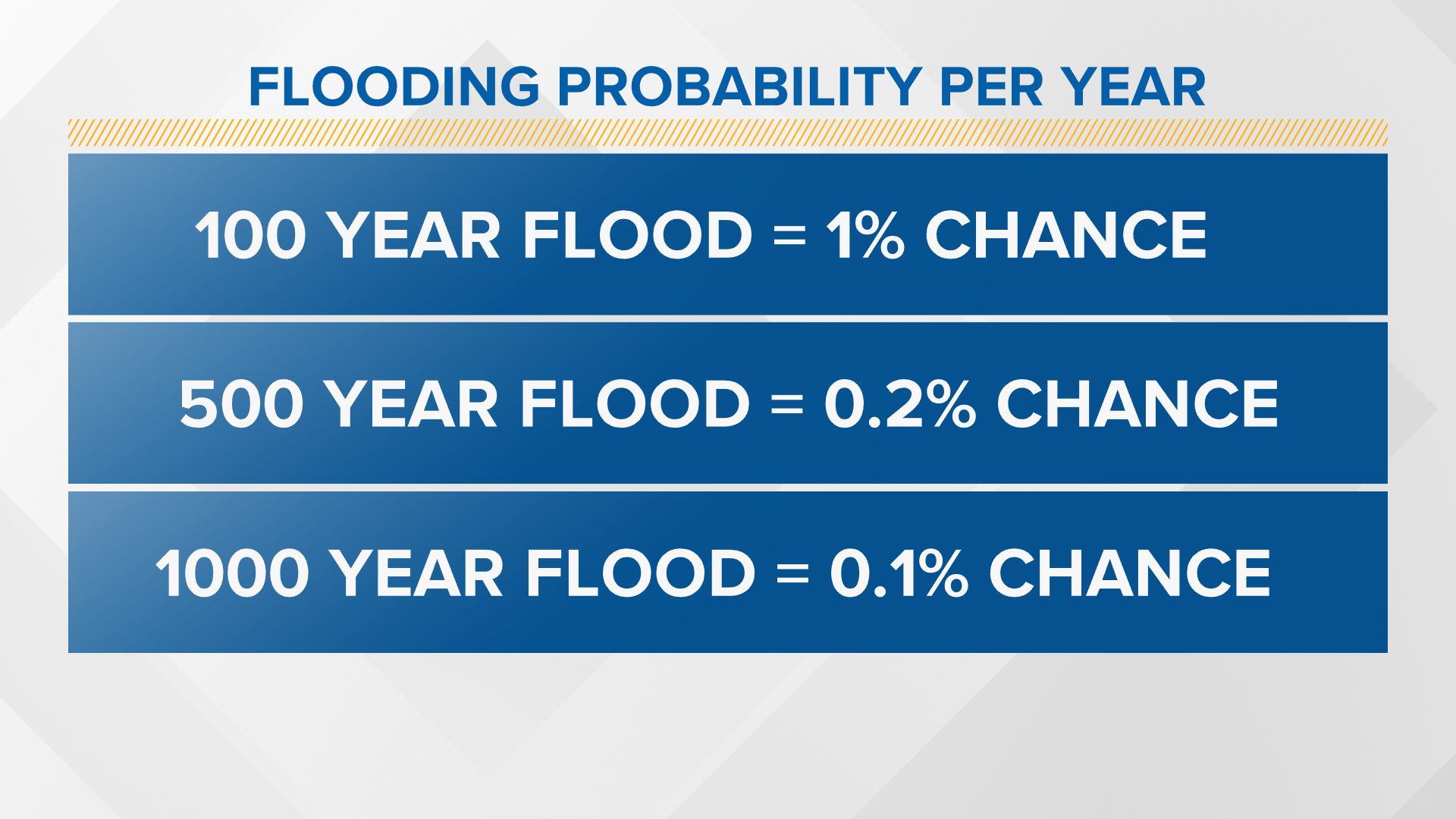 What led to the Flash Floods This Time?

Just as with the 2016 flooding event, it was a heavy rain event that resulted in too much rain in far too little time. On Sunday, Ellicott City picked up an average 8 inches of rain in roughly 5 hours, with the bulk of that rain falling in 3 hours. For reference, their average May rainfall is about 4"; they picked up 2 months worth of rain in just a few hours.

Below is the radar from that afternoon. The heaviest rain fell between 3 PM and 6:30 PM.

Due to a wet month of May, the ground was already saturated. It could not hold more water. The water followed the topography, or 'lay of the land', within the Tiber Hudson watershed and into downtown Ellicott City. Historic old town Ellicott City is in a valley location right along the Patapsco River. Water naturally flows down, not up.

Part of the reason why so much water was rushing on top of Main Street in historical Ellicott City is because of how the town is built. As previously mentioned, the town is at the bottom of a hill, or in a valley. But on top of that low elevation factor, there are 3 tributaries (creeks) that flow directly into the downtown area and into the Tiber River: The Tiber Branch, The Hudson Branch, and the New Cut Branch. These are not much more than a quiet stream of water on a sunny day, but in heavy rain events - water naturally rushes off the saturated ground, concrete, and grass into these creeks. The water levels quickly rise. They become rushing rivers in minutes. 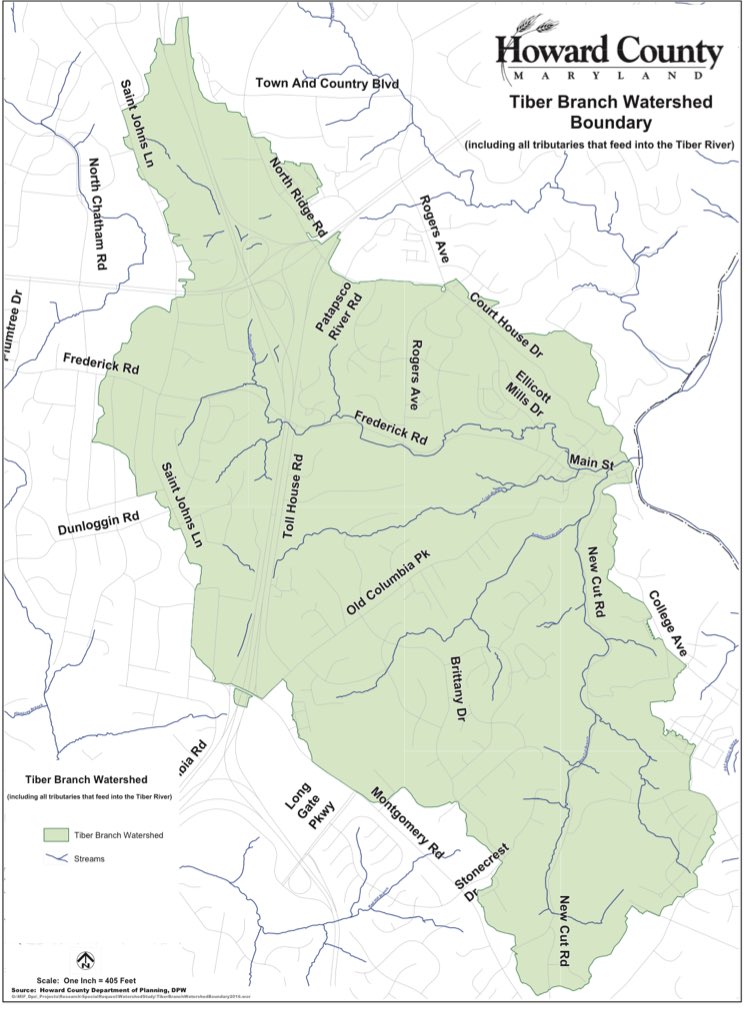 Normally, the water flows underneath the main street in the town and out into the Patapsco River. But with such a large volume of water moving at such a swift pace downhill, it will force its way into the Patapsco as quickly as it can. So it flows not only underneath, but also over the roads. The underwater path often gets partially blocked by debris during flash flood events, making this even worse.

Ellicott City will flood again in the future. It's just a matter of 'when'.

A heavy rain event like 2018 and 2016 will send water rushing at large volumes into the downtown area as the town stands now.

Our Climate is always changing. With a warmer climate in the long term, some scientists and researchers have found a link and correlation to an intensified water cycle and more frequent heavy rain events.