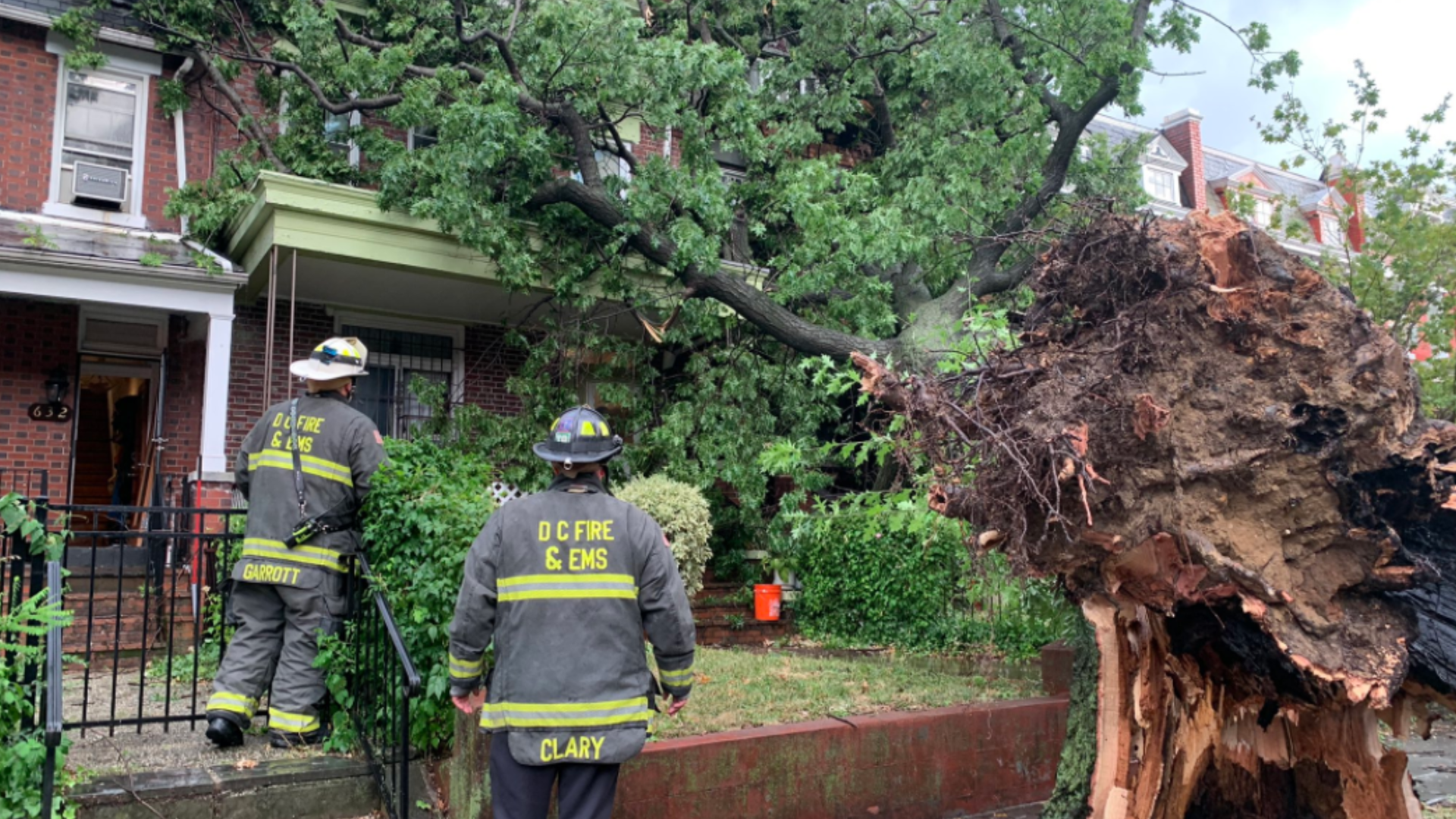 WASHINGTON — Residents of the 600 block of Irving Street Northwest say D.C.'s urban foresters missed obvious signs that an aging oak tree on the street was ready to topple.

"It was a ticking time bomb," said Tommy Duren, whose home was badly damaged when the tree came down in storms Monday evening. "I don't know how an arborist gets this wrong."

Two other homes were damaged in the incident. Duren said pruning crews and inspectors should have known the tree was a threat.

A spokesman for D.C.'s Department of Transportation, which oversees the Urban Forestry Division, said the last time the tree had been pruned by a city crew was in January. The spokesman described the situation as "force majeure", a legal term meaning an unforeseeable circumstance.

The Urban Forestry Division is responsible for more than 175,000 public trees in the district, according to the agency's website, which reports the city removed nearly 2,700 trees in the last year.

Duren, who works for his family's landscaping business, said he and other residents can be fined and cited for attempting to prune or take down a dangerous city tree.

RELATED: VERIFY: Yes, you get the bill if a neighbor's tree hits your house, unless you do this one thing

"They can't have it both ways," he said. "It's their tree and they must take responsibility."

Duren said his wife and child were at home when the tree fell and were trapped briefly inside the home.

"I'm just glad nobody got killed," he said. "We have to do better."

Duren said he believes city-owned trees are an important part of the city's infrastructure that must be maintained for safety.

According to the Urban Forestry Division's website, citizens with concerns about a neighborhood tree on public property can call 311 to report the situation and request a service call.