Beet juice brine -- it's not just for Thanksgiving, but also for snow removal

DC Department of Public Works uses the substance to prep streets ahead of oncoming ice and snow, as it is more effective than the traditional salt method. 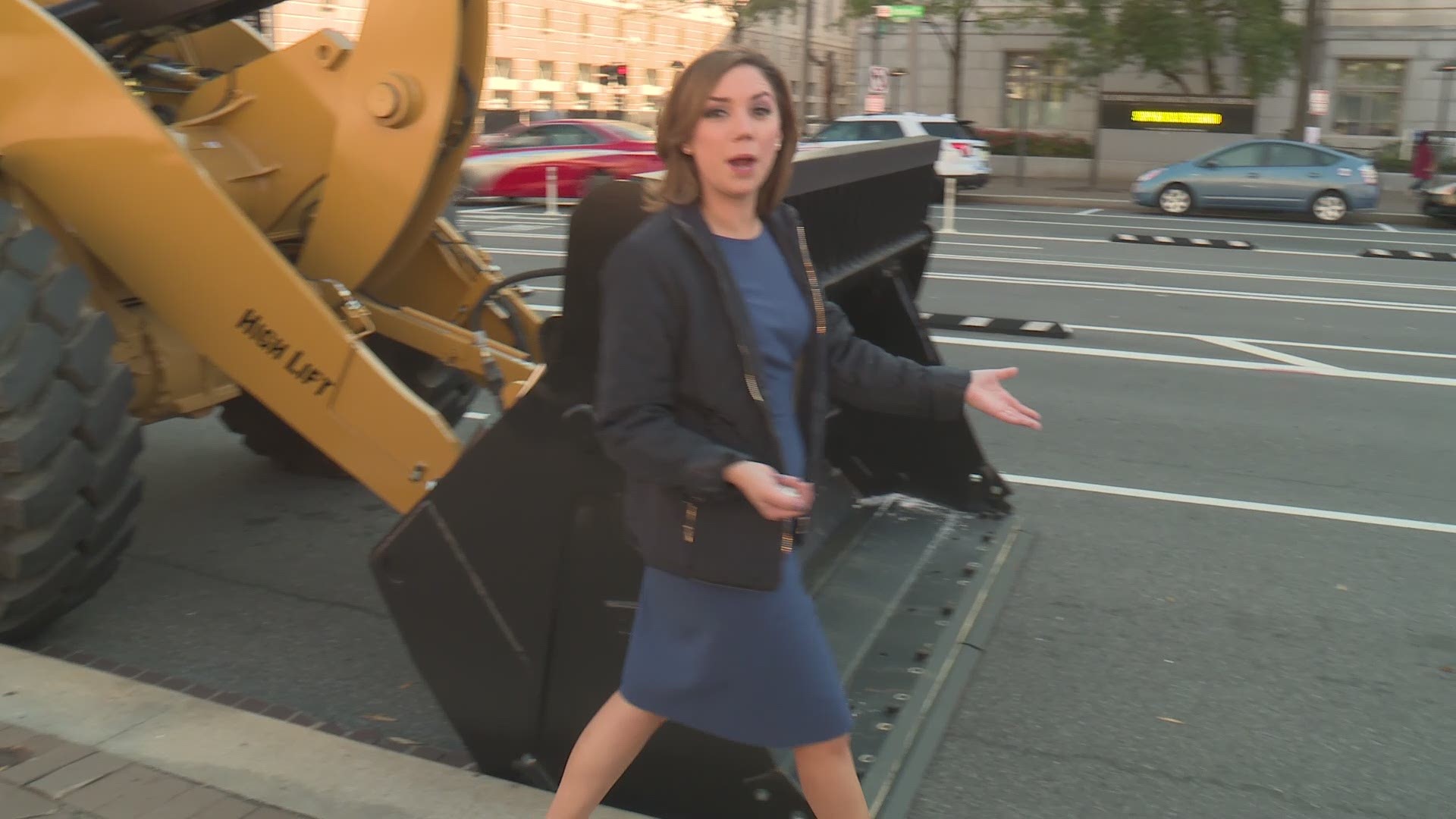 WASHINGTON — Beet Juice Brine. Sounds like preparations for Thanksgiving Day are underway, right? But we're not talking about Thanksgiving. This hot cocktail is for D.C. streets ahead of snow and ice this winter season.

Traditionally, sodium chloride, more commonly known as salt, has been used for keeping roads and sidewalks from turning icy. But this can only be effective at melting snow with temperatures as low as the mid-20s.

Credit: AP
In a demonstration, a Pennsylvania Department of Transportation anti-icing truck sprays a de-icing cocktail of brine and beet juice on the driveway of PennDot's Butler, Pa., maintenance facility, Monday, Jan. 6, 2014. Because rock salt is largely ineffective below 16 degrees, additives, such as beet juice and cheese brine, can keep it working in temperatures as low as minus 25. (AP Photo/Gene J. Puskar)

So this year, D.C. will be making a new mixture of beet juice brine to pre-treat roadways up to 72 hours ahead of a winter weather event. They did use beet juice along with rock salt last year. But this year, this will help to reduce the overall salt used on roads.

This was one major takeaway from this year's public hearing on D.C.'s snow readiness for the 2019 - 2020 winter season.

Among the improvements, D.C. has invested in brine making equipment, so that they can make additional brine themselves ahead of any upticks in a number of winter events. They're going to add more focus on keeping bike lanes and sidewalks cleaned, which are major means of transportation for residents during winter events.

RELATED: First flakes of the season possible next week in DC, MD, VA

Last year's snow removal cost the District $8.3 million, which was D.C.'s 6th most expensive of the last 23 seasons. They used 2300 tons of salt.

This year, they've restructured their contracts for additional plow companies to assist during winter events. Instead of using mostly large companies, they've written several contracts for smaller 'mom and pop' snow removal companies for smaller events. If D.C. were to have a large event, like Snowzilla or Blizzard 2015, then they'd also bring in larger contractors to assist with quick removal of snow from all roads and sidewalks.

Although we’re not expecting a blockbuster year, D.C. officials say they are prepared for whatever Mother Nature throws our way.