Here are the best -- and worst -- times to travel in DC, Md. and Va. this July 4th holiday weekend

AAA says there are specific times to avoid in our area, with delays more than two times slower than normal 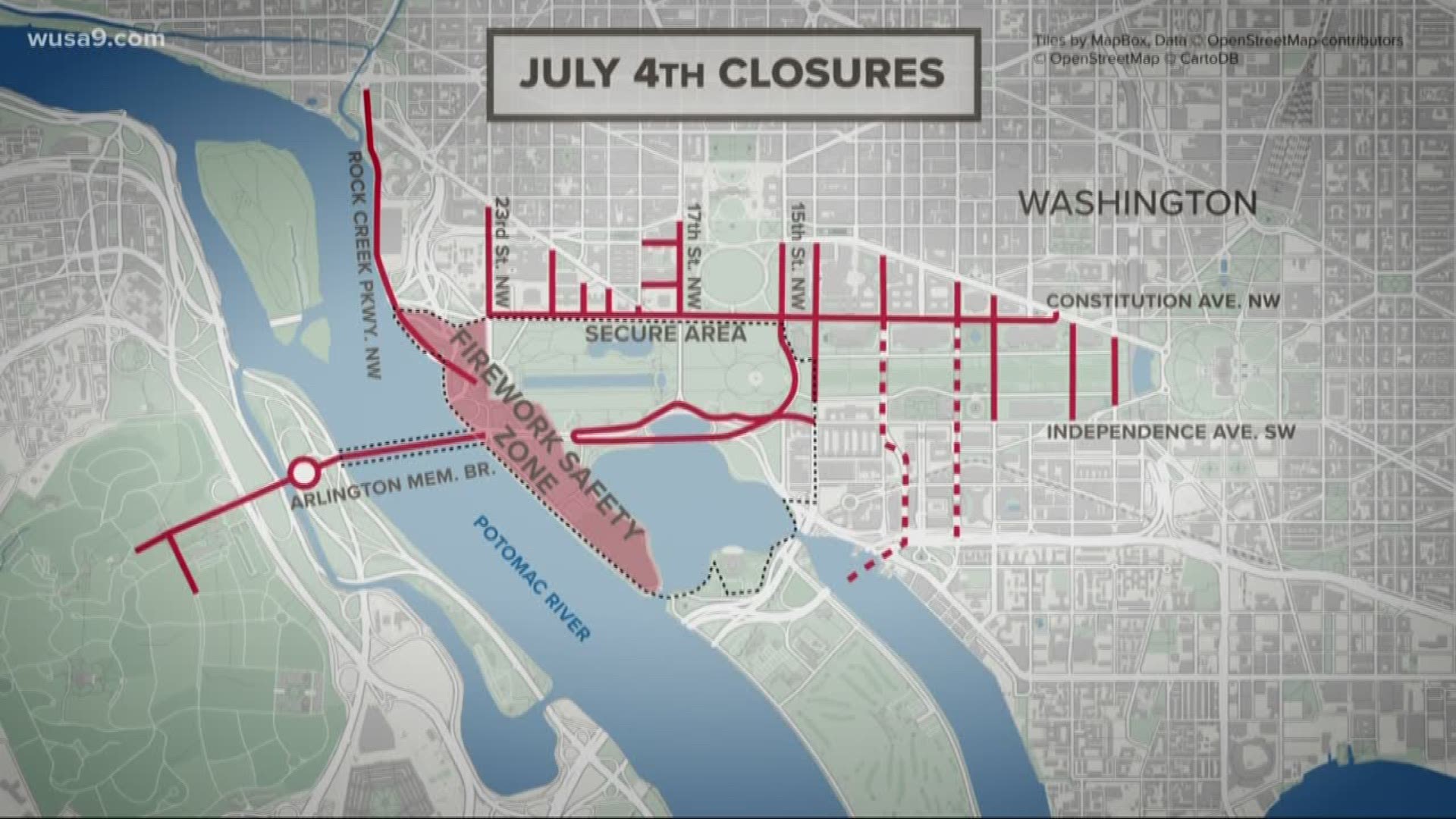 WASHINGTON — AAA anticipates July 4th holiday travel will be “one for the record books” with 49 million Americans traveling between July 3 to July 7, a four percent increase over last year.

Travelers in our area will face a unique set of hurdles including a few that have never been seen before. Here’s everything you need to know whether you travel by roads, rail, and air.

ROADS:
A vast majority of Americans will drive over the holiday. AAA forecasts that 41 million people will hit the road with the most traffic, in general, on Wednesday, July 3rd. But the D.C. area is unique and traffic here is expected to reach its worst on Sunday, July 7 between 10:30 a.m. and 12:30 p.m. Delays then will be almost two and a half times worse than usual, according to traffic analytics firm INRIX.

The good news is that gas prices are cheaper with the national average down 12 cents over last year.

Even with the influx of people expected for President Trump’s “A Salute To America” extravaganza on the National Mall, AAA says Washington, D.C. does not crack the top ten most visited destinations this holiday weekend.

The larger-than-usual celebration will close a large chunk of the National Mall to traffic on Thursday lasting from 4 a.m. to 11 a.m. The most significant closures will be for those crossing the Potomac River from Virginia into D.C. The Arlington Memorial Bridge will be closed to both drivers and pedestrians. Traffic on the Theodore Roosevelt Bridge leading to Constitution Avenue will be diverted to the E Street Expressway. D.C. police say the 9th Street and 12th Street tunnels will be closed from 4 a.m. to 4 p.m.

RAILS:
If you’re going into D.C., Metro is your best bet. Trains will operate on a Saturday schedule, arriving every 12 minutes on each line and then gradually ramping up to near rush-hour service levels as the celebration winds down. Metro says riders should avoid switching lines, instead of staying on one line and walking the rest of the way.

RELATED: Flights to be suspended twice at Reagan Airport for Trump's Fourth of July plans

AIR:
For the first July 4 ever, Federal Aviation Administration officials say flights at Reagan National Airport will be momentarily stopped, once from 6:15 p.m. to 7:45 p.m. for July 4 flyovers and again from 9:00 p.m. to 9:45 p.m. Flights will undoubtedly be delayed or canceled, but Southwest Airlines told WUSA9 that affected flights will resume as soon as the airspace closures end.

It’s a busy time to fly. The Transportation Security Administration anticipates screening more than 12 million people at its checkpoints between July 3 and July 7 with Sunday being the busiest day.

RELATED: Code Pink to give out mini Trump Baby balloons near National Mall on July 4 | Amazon is selling it, too

RELATED: Where To Wander: July 4-7

RELATED: A stormy Fourth of July expected across the DMV

RELATED: Here are the best July 4 fireworks shows in the DMV

RELATED: Safety tips: Here's how to protect pets from Fourth of July fireworks