A Metrorail derailment 37 years ago in Southwest Washington killed three passengers and injured 25 others, some seriously. 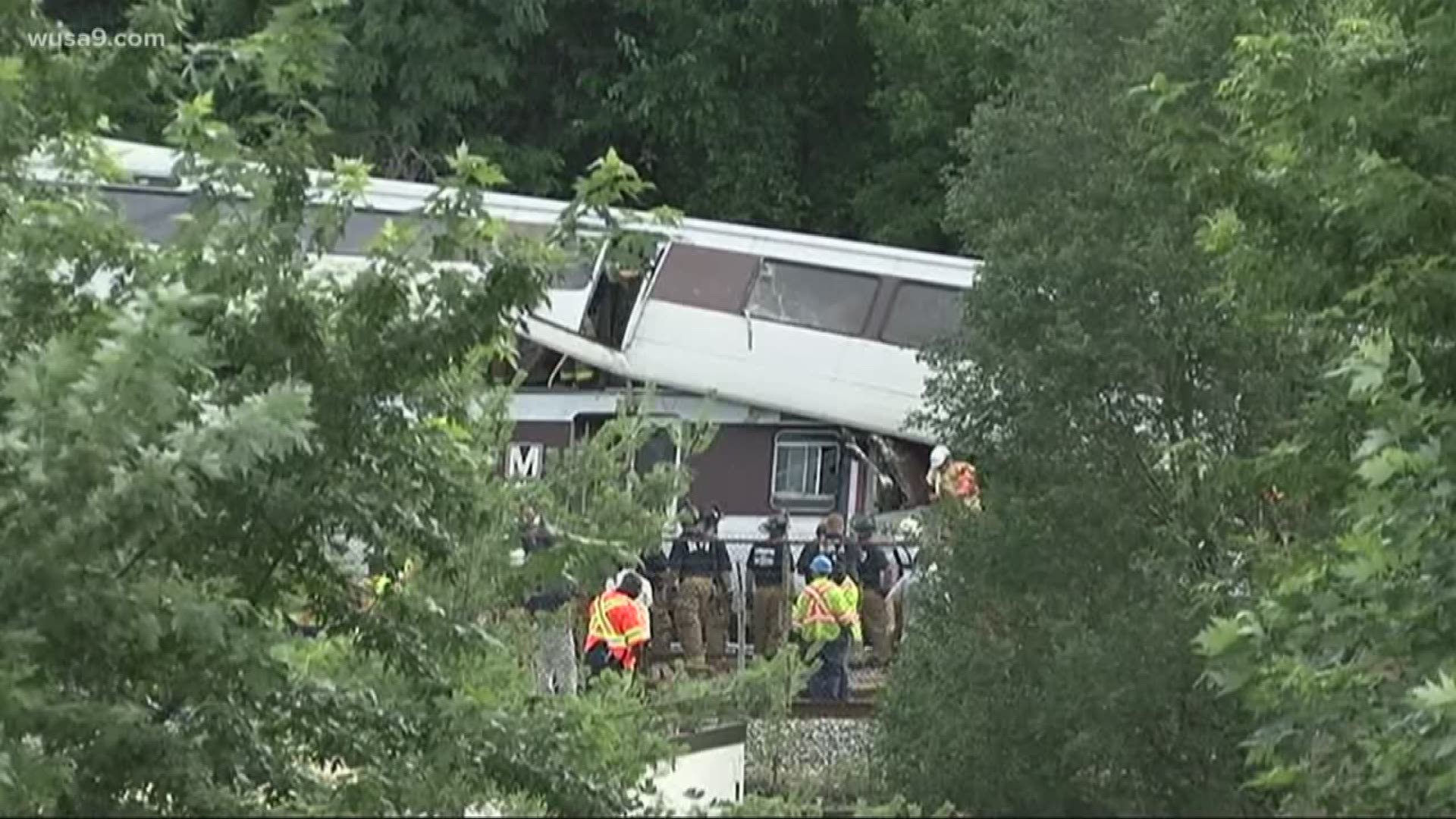 WASHINGTON — On Jan. 13, 1982, about one-half hours after an Air Florida jet crashed into the 14th Street Bridge and ended up in the Potomac River, there was a fatal accident involving a Metro Orange Line train at the Smithsonian Metro Station in Southwest D.C.

According to a report by the National Transportation Safety Board (NTSB), the rear car of train number 410 derailed and struck the end of a reinforced concrete barrier wall separating the two tracks.

The impact severed the aluminum sidewall of the car. The report goes on to say that of the 220 passengers on the car, three were killed and 25 more were injured.

Car 1029 of Train number 410 struck the barrier wall in the right front main compartment. The car impacted the wall with such force that it fractured the car's sidewall.

Two of the fatally injured were seated side-by-side in that area and were crushed and the third fatality was also crushed in the same area. Another passenger seating in the same area was also trapped and received chest injuries.

RELATED: How did a Metro train rear-end another overnight? Investigators want to know

According to witnesses, at least two passengers fell through the floor after it collapsed but were helped back into the interior of the car.

Five of the most seriously injured passenger were admitted to hospitals. The other 20 passengers suffered minor injuries and were treated and released.

The NTSB determined that the cause of the accident was the failure of the Washington Metropolitan Area Transit Authority Operations Control Center to stop the movement of trains through the Smithsonian Station. Officials also said that until it was determined the nature of and correct a switch misalignment that was reported three-days earlier at the Smithsonian Station and to order repairs.