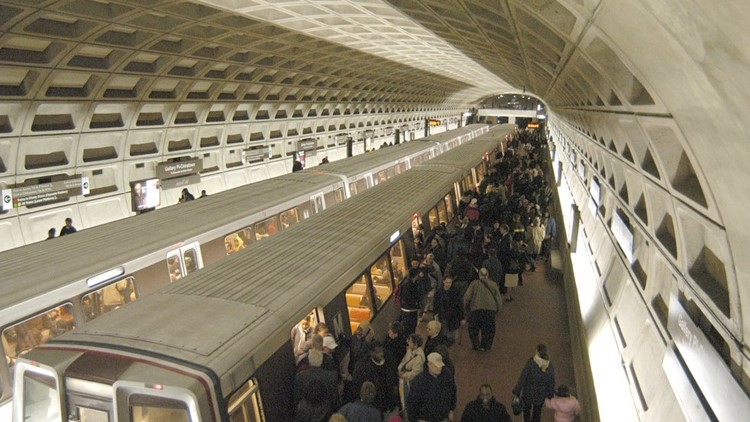 WASHINGTON -- Just days after relaunching automatic train doors on the Red Line, WMATA said Thursday it will return to manual operations after doors closed early at least a half dozen times.

WMATA General Manager Paul Wiedefeld made the announcement at a board meeting Thursday morning.

Metro moved away from train automation following the June 2009 crash of two Red Line trains between the Takoma and Fort Totten stations, which was attributed to a faulty circuit in Metro’s automatic train control system.

The return to automatic door opening was supposed to help make commutes more efficient on the Red Line – Metro’s busiest line – by cutting down the lag time before the doors open at each station.

RELATED: Why a new system will make thousands of Metro rides a little quicker every day

Under the automatic system, a train would receive data on its exact location from transmitters on the track. One the train was fully stopped and confirmed to be properly “berthed” at the platform, the doors would open automatically, instead of waiting for the conductor to get up, stick his head out of the window to check and then push a button.

Even under the automatic system, though, conductors were supposed to have responsibility for closing the doors at all times. It was six unexplained automatic door closings that caused Metro to put the brakes on reintroducing automation for now.

Metro hasn’t offered a timetable for when automatic doors might return. Wiedefeld told board members that will likely depend on the source of the error.