With Amazon HQ2 coming to Northern Virginia, a new Alexandria Metro stop at Potomac Yard will help transport those who are taking jobs with the company. 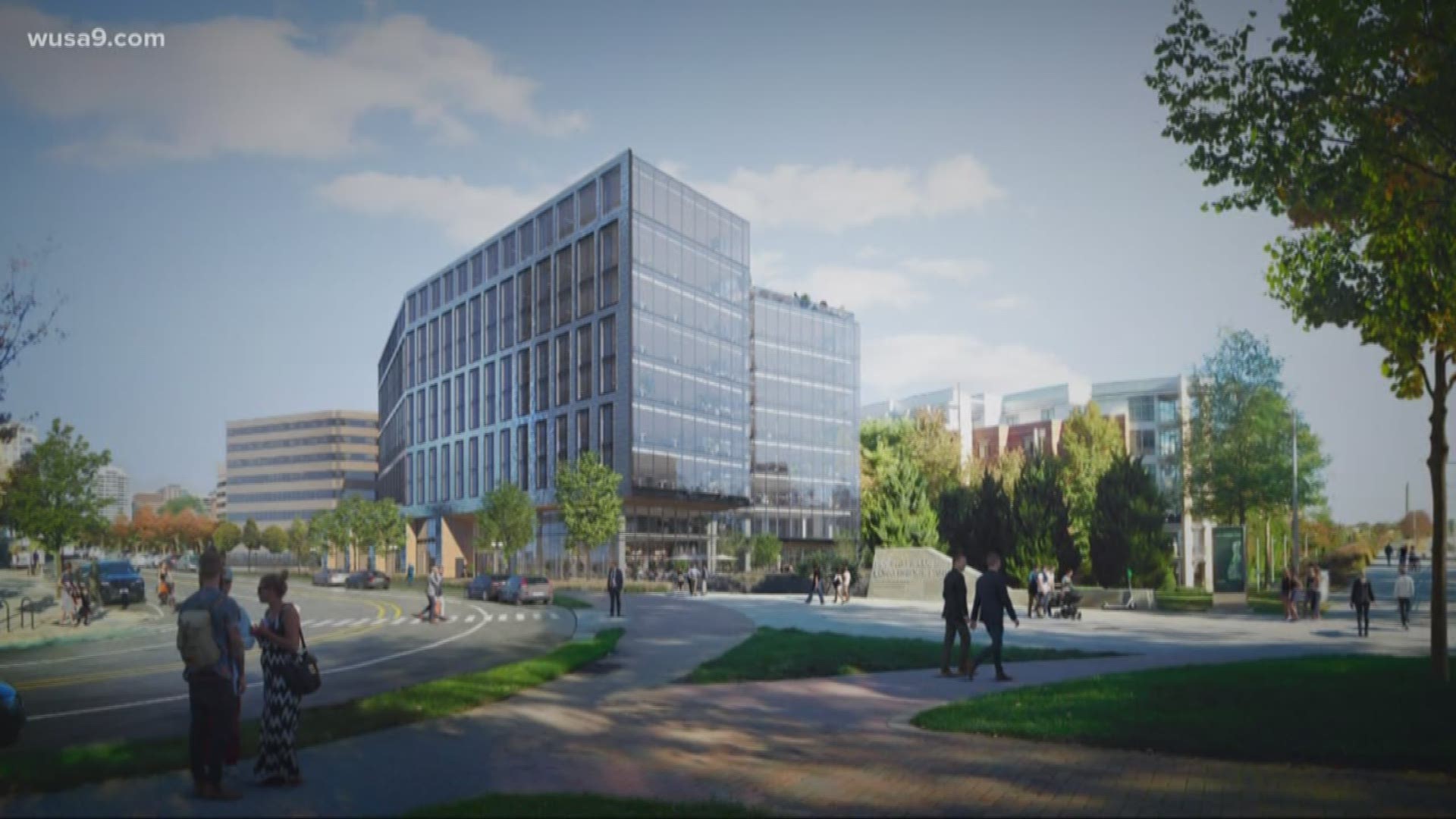 ALEXANDRIA, Va. — Virginia Gov. Ralph Northam is in Alexandria on Thursday to talk about the growing transportation efforts that are coming to Northern Virginia that could help with the 25,000 jobs coming to the region because of Amazon.

The groundbreaking of the Potomac Yard Metrorail Station is something that many expect to help with providing transportation for employees moving to the area for jobs with Amazon to work at its HQ2.

With many in the greater D.C. area using public transportation for work commutes, the newest stop -- set to open in 2022 -- is something that transportation officials said they hope will positively impact travel flow in the City of Alexandria and surrounding cities and areas.

"Today's announcement is a major milestone that has been a quarter-century in the making," Alexandria Mayor Justin Wilson said. "Alexandria has worked closely with Metro and our federal and state partners to plan for a new Potomac Yard Metrorail Station that will improve mobility, promote economic development, and protect our environment. We now officially move from planning the station to constructing the station."

1 / 6
WUSA9
The City of Alexandria broke ground on the new Metro stop at Potomac Yard that is expected to open up in 2022.

The Metro station stop, with a cost of $320 million, is being funded through a variety of sources, including new tax revenue from development in Potomac Yard over the next 40 years, according to officials.

The Potomac Yard stop is expected to be built on the Metrorail's Yellow and Blue Lines between the existing Braddock Road and Ronald Reagan Washington National Airport stations.

The groundbreaking comes as permits to build on the site were solidified through inspections by the Army Corps of Engineers and other local agencies, so safety and environmental protections could be accounted for. 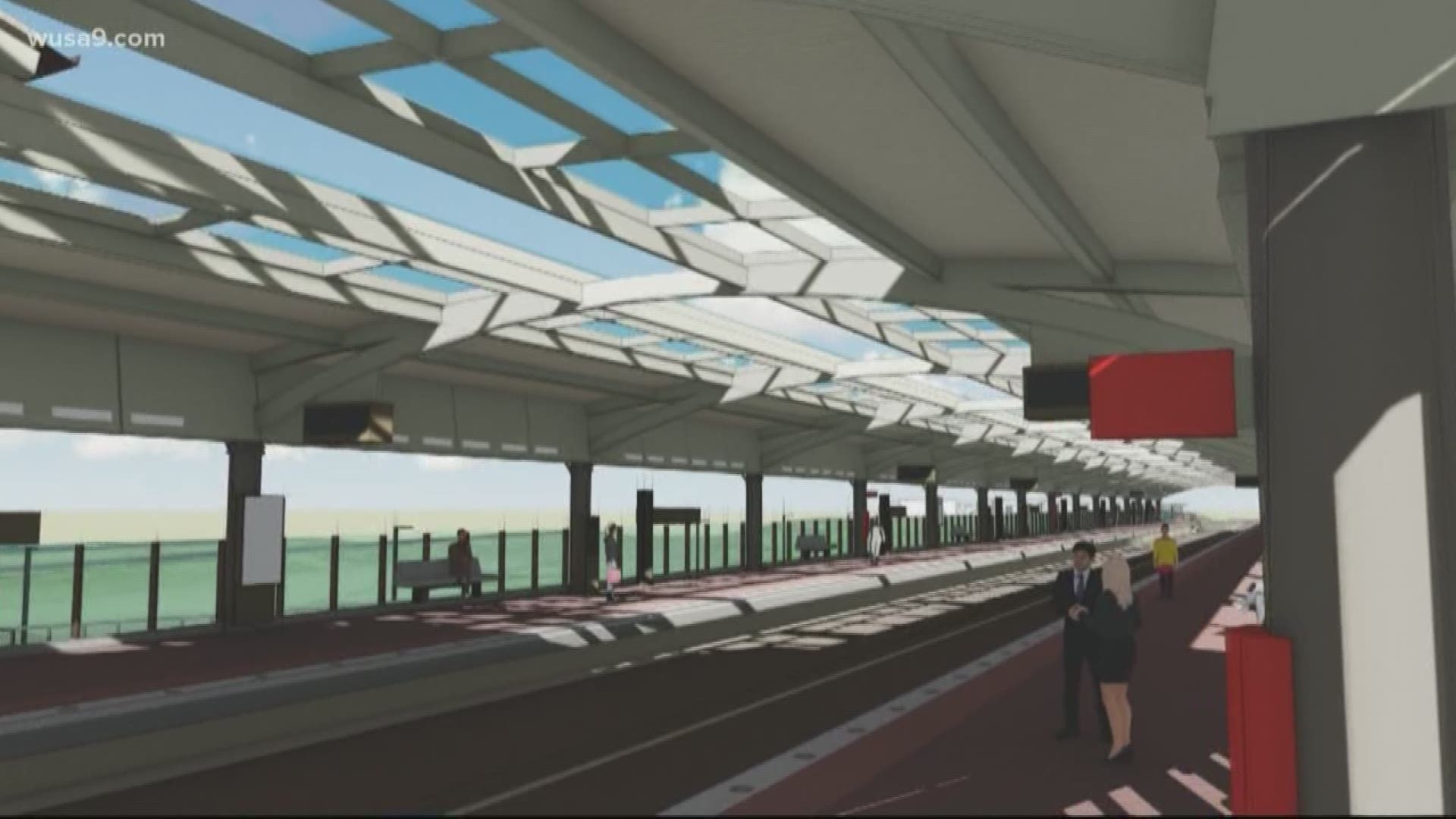 While this is something that could help with the growing area of Alexandria, the Potomac Yard Metrorail Station is part of a variety of transportation factors that officials are considering and looking into.

RELATED: Groundbreaking set for a new Metro station as part of Amazon HQ2

This is why Monica Backmon, who heads the Northern Virginia Transportation Authority, which is helping fund the project, is looking at a broader plan for the jobs that will bring people to the area over the next 10 years.

"One thing we know in Northern Virginia is there's no single solution that will really address congestion," Backmon said. "We look at transit. We look at bike lanes. We look at sidewalks because depending on where you are, that dictates the solution."

New workers for Amazon are expected to go to new buildings being developed by JBG Smith of Bethesda. The company just submitted plans for 101 12th Street in Arlington, nine new stories of office space with stores on the street level.

"It's not a doomsday scenario from a transportation perspective, not at all," Srikanth said. "I'm not worried about one Amazon coming. I'm planning on many, many more Amazons coming."

RELATED: Will all riders benefit from Metro's mobile pay?