Will all riders benefit from Metro's mobile pay?

A legally blind rider wrote WUSA9 about concerns he would be unable to use a smartphone for fare payment. Now, Metro officials are responding. 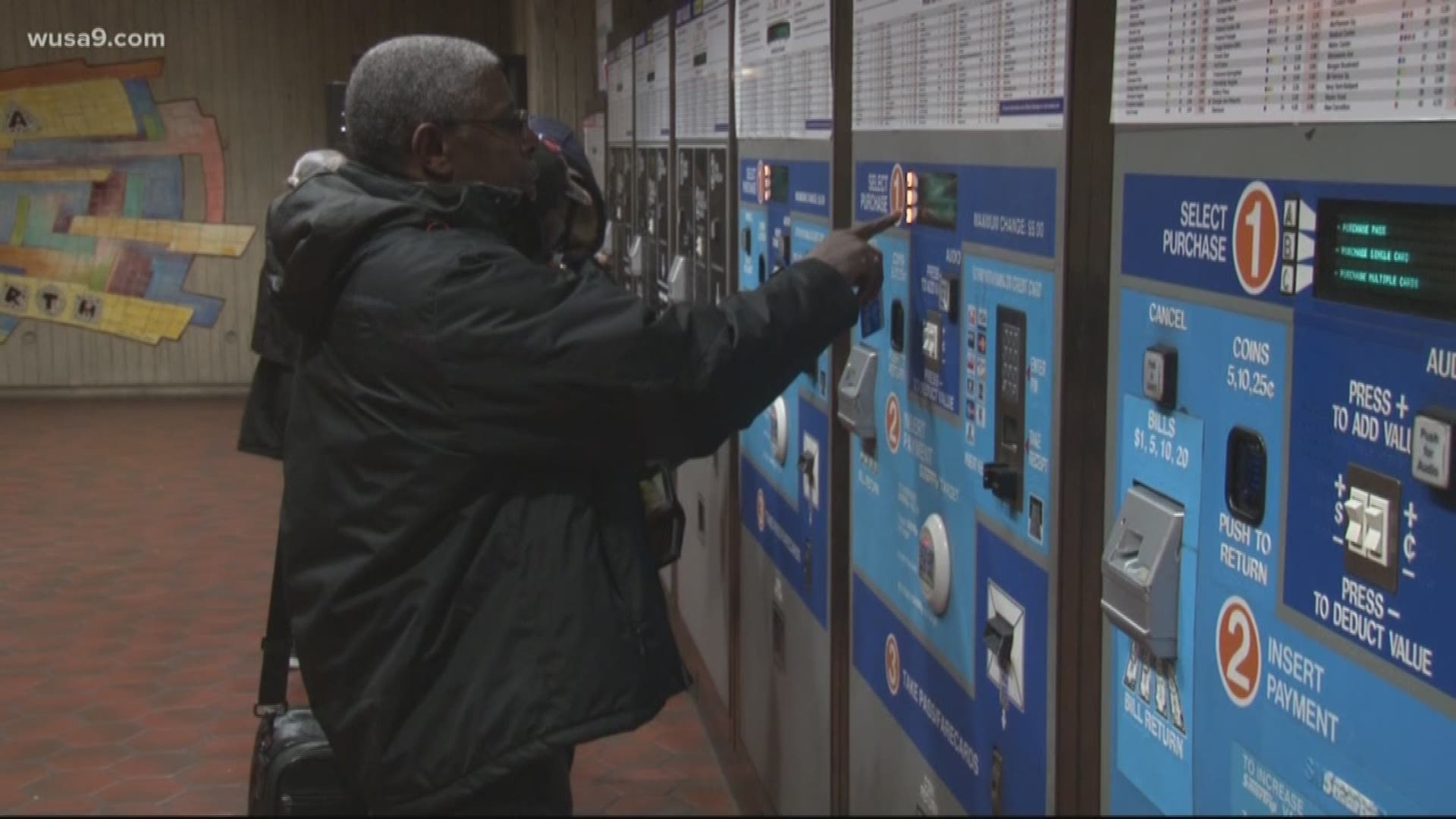 WASHINGTON — Metro announced a new mobile payment option rolling out next year, expected to give riders other options beyond the traditional physical SmarTrip card. But one rider worries it will be a game-ender for him -- and came to WUSA9 for help.

Falls Church resident David Ritchie wrote WUSA9 that he can't see a smartphone. Legally blind, Ritchie stressed that if Metro switches over to mobile payment only, he won't be able to ride.

Metro says hundreds of fare gates have been upgraded and are ready for mobile payment. iPhone and Apple Watch users will be able to store their SmarTrip cards in the Wallet app starting sometime in 2020, Metro General Manager Paul Wiedefeld announced Thursday.

We took Ritchie's question straight to Metro leadership. Metro said it's research found that 98 percent of all riders own a smartphone. So, we asked Metro’s General Manager Paul Wiedefeld about the remaining two percent.

Metro stresses that SmarTrip cards are not going away anytime soon.

"There’s lots of different elements of this," Wiedefeld said. "We’ll work through those and other issues we have to deal with. But by and large for the vast majority of our customers, it’s a huge plus."

Metro said pay stations -- which feature braille for blind riders -- are also not disappearing. Mobile pay users will be able to bypass pay stations and manage their Metro balance entirely from their phones.

Metro officials also said you will still be able to use the physical SmarTrip cards, which have been around for 20 years.

Droid users also reached out to WUSA9 and asked when they will be able to use mobile payments. A Google spokesperson says that is coming -- and it is now working with Metro.

The mobile payment option will roll out sometime next year, according to Metro officials. The transit agency is not saying exactly when.