Several crashes reported across DMV due to icy conditions

Beware of slick spots on the roads Tuesday morning. 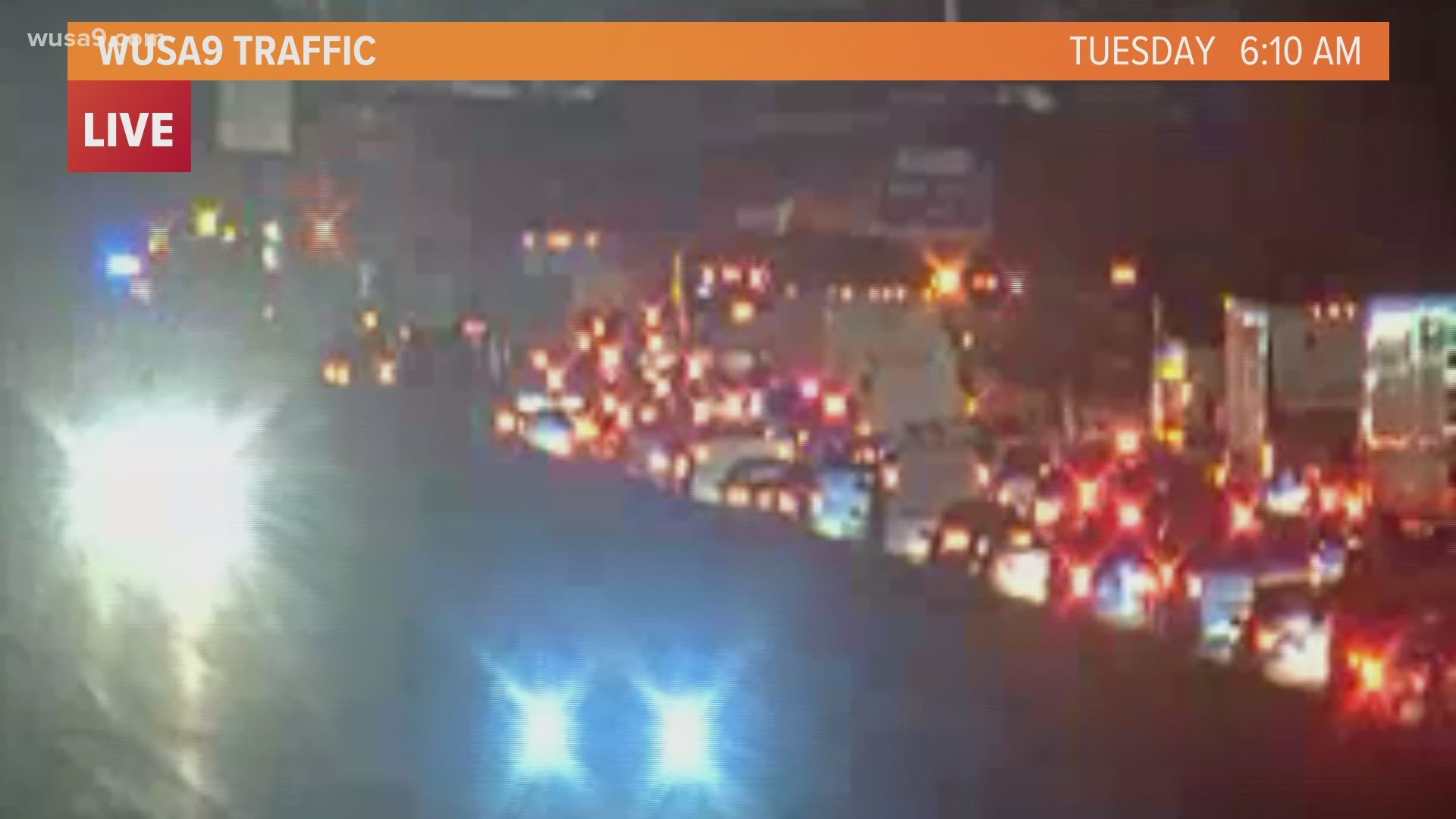 Ice has been a huge issue on roads Tuesday morning, especially on flyovers and ramps, Virginia State Police (VSP) said.

The Virginia Department of Transportation (VDOT) sent over salt trucks to treat the roads.

VSP believes elevated areas on the roadway seem to be the main issue for ice conditions.

Fairfax County Police were also called to the scene of another crash after a car drove off the roadway due to ice on Braddock Road at Clifton Road. Ice-related crashes were also reported on Old Keene Mill Road, the eastbound flyover ramp to northbound Interstate 95, Fairfax County Parkway southbound under Ox Road and multiple accidents were reported on Ox Road at Silver Brook Road.

Police also responded to a 6-vehicle crash on Route 1 at Jeff Todd Way due to icy conditions. There were no injuries following the incident.

At least four crashes were reported on southbound Interstate 395, including a jack-knifed tractor-trailer, due to icy roads police said. VSP said VDOT has not been able to get salt trucks there to treat the roads.

Some traffic is being held on northbound Interstate 395 at Washington Boulevard in Arlington, Va. due to icy conditions.

Icy spots in many areas this morning. This is 395 at Washington Blvd near The Pentagon. Traffic being held. I'm guessing they are waiting for salt trucks. Be careful out there. #WUSA9Weather #GetUpDC @wusa9 @MegMRivers @AnnieYuTV @DCAllisontv @TonyPerkinsFMTV pic.twitter.com/bnAlbuBSb5

Since crashes started to pick up around 4 a.m. VSP said officers have responded to 13 crashes.

As of 7 a.m., VSP is at the scene of 32 additional crashes in Northern Virginia. They said most of the crashes have caused damage to vehicles. At this time, there have been no deaths.

Drivers are asked to be vigilant on the roads and to drive slowly and to be on alert for "black ice." VSP says drivers should buckle up, so if you do lose control or get struck by another out-of-control vehicle, you minimize your risk of being seriously injured or killed. And to all increase your driving distance to give more space between you and the vehicle in front of you, so you have more space and time to safely react or brake.

Wet roads leftover from Monday's storm caused icy conditions on the roads Tuesday because wet spots didn't really dry out. So, when temperatures dropped to and below freezing some areas iced up.

Bridges and overpasses tend to ice up first since there is no heat that can come from the ground since they are not in contact with the earth.

We are tracking the latest road conditions and will continue to provide updates. To view the status of roads in the area, here's a look at our traffic map.