Suitland Parkway was closed early Tuesday, but all lanes have since reopened. 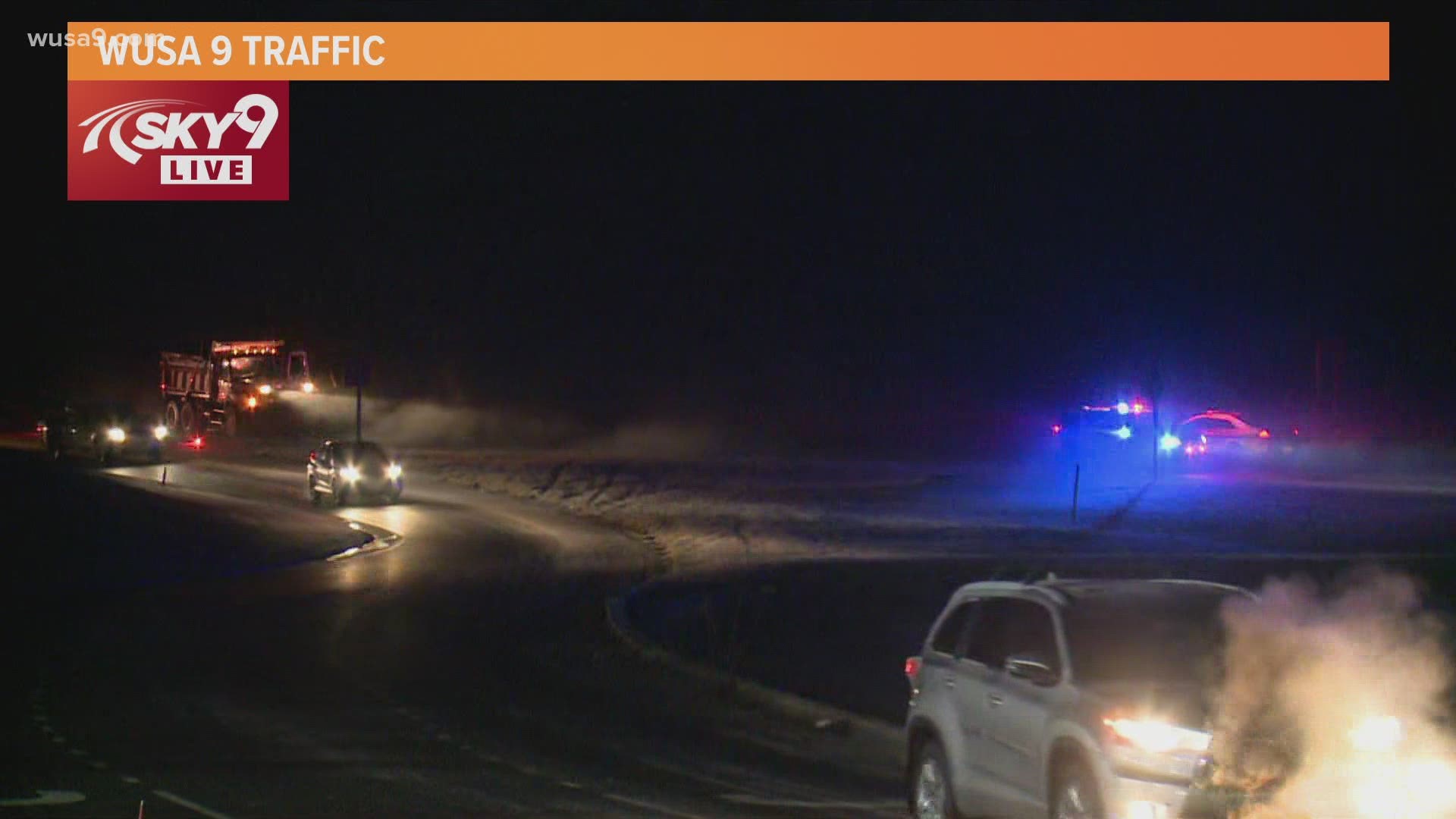 WASHINGTON — Two people are dead and four more are in the hospital after a two-car crash on Suitland Parkway early Tuesday morning.

A man and a woman, who have not yet been identified, were pronounced dead at the scene of the crash.

Four other occupants in the cars were taken to the hospital for injuries not believed to be life threatening.

All lanes were closed in both directions on the Suitland Parkway between Naylor and Silver Hill Roads early Tuesday, Sergeant Norment said in a release. All lanes were reopened just before 7 a.m.

The cause of the crash remains under investigation, but roads were dangerous Tuesday because of icy conditions. Several accidents were reported on Tuesday around the D.C. region.

This is a developing story. Stay with WUSA9 for the latest updates as they come in to our newsroom.

RELATED: Police chase ends in crash on I-295 near Suitland Parkway

RELATED: 2 women killed in wrong way crash on US 50 in Prince George's County