36-year-old father killed, 4 others injured in multi-vehicle crash on NB I-95 near MD 32

Drivers are urged to seek alternate routes and to plan ahead for the backup. 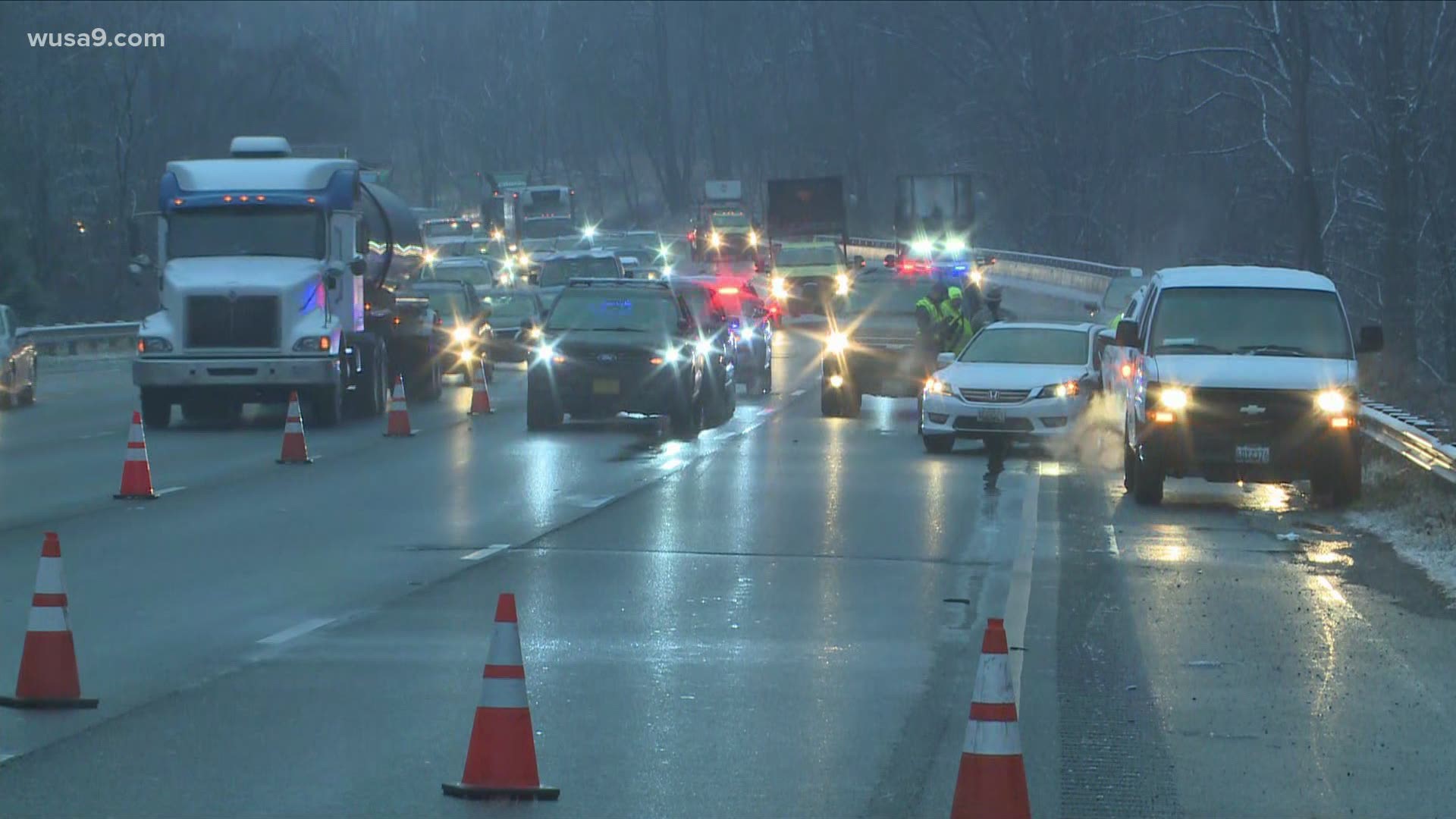 JESSUP, Md. — One person is dead and several others are injured following a pedestrian crash that shut down several lanes in the area of northbound Interstate 95 just before Maryland Route 32 in Jessup Tuesday morning, according to Maryland State Police.

Troopers responded to the incident around 5:15 a.m. and learned that three cars were involved in a minor multi-vehicle crash and pulled off the road. Police said one of the drivers drove off after exchanging information with the other drivers.

Moments later, 36-year-old Jose Ismael Bonilla Reyes, the registered owner of one of the vehicles left at the scene, arrived at the crash location to assess the damage to his vehicle. Police said that's when the driver of a silver Honda Civic traveling along northbound I-95 lost control of his car and hit a Honda Accord, that was initially involved in the crash scene.

The impact of the crash pushed the Honda Accord into Reyes and fatally pinned him in between two vehicles. Reyes was pronounced dead at the scene, police said.

A spokesperson for Reyes' family said his stepson was involved in the first accident, and Reyes and one of his employees went to the scene to help the stepson. The spokesperson said Reyes told his stepson to go to work and he would deal with the car. That's when the second accident, killing Reyes, occurred.

One man was taken to the University of Maryland Shock Trauma and three others, two men and a woman, were taken to Howard County General Hospital with injuries. It’s unclear if the victims were injured during the initial crash or the secondary crash incident, police said. The employee of Reyes who went with him to help his stepson was injured in the crash.

Police said the driver of the Honda Civic stayed at the scene.

.@MDSP investigating fatal pedestrian crash at I-95 NB prior to MD 32. Three lanes closed at this time. More updates to follow. Follow https://t.co/jxqlSYD4wc for the latest road conditions. pic.twitter.com/6MzoEKlSWv

Reyes leaves behind a fiancee, two daughters, a stepdaughter and a stepson. He and his fiancee had known each other for 14 years, according to the family spokesperson. They got engaged in December 2019 and were supposed to get married last year, but delayed the wedding due to the pandemic.