Despite lower traffic volume and decreased crashes during the pandemic, speeding and other reckless driving behavior went up. 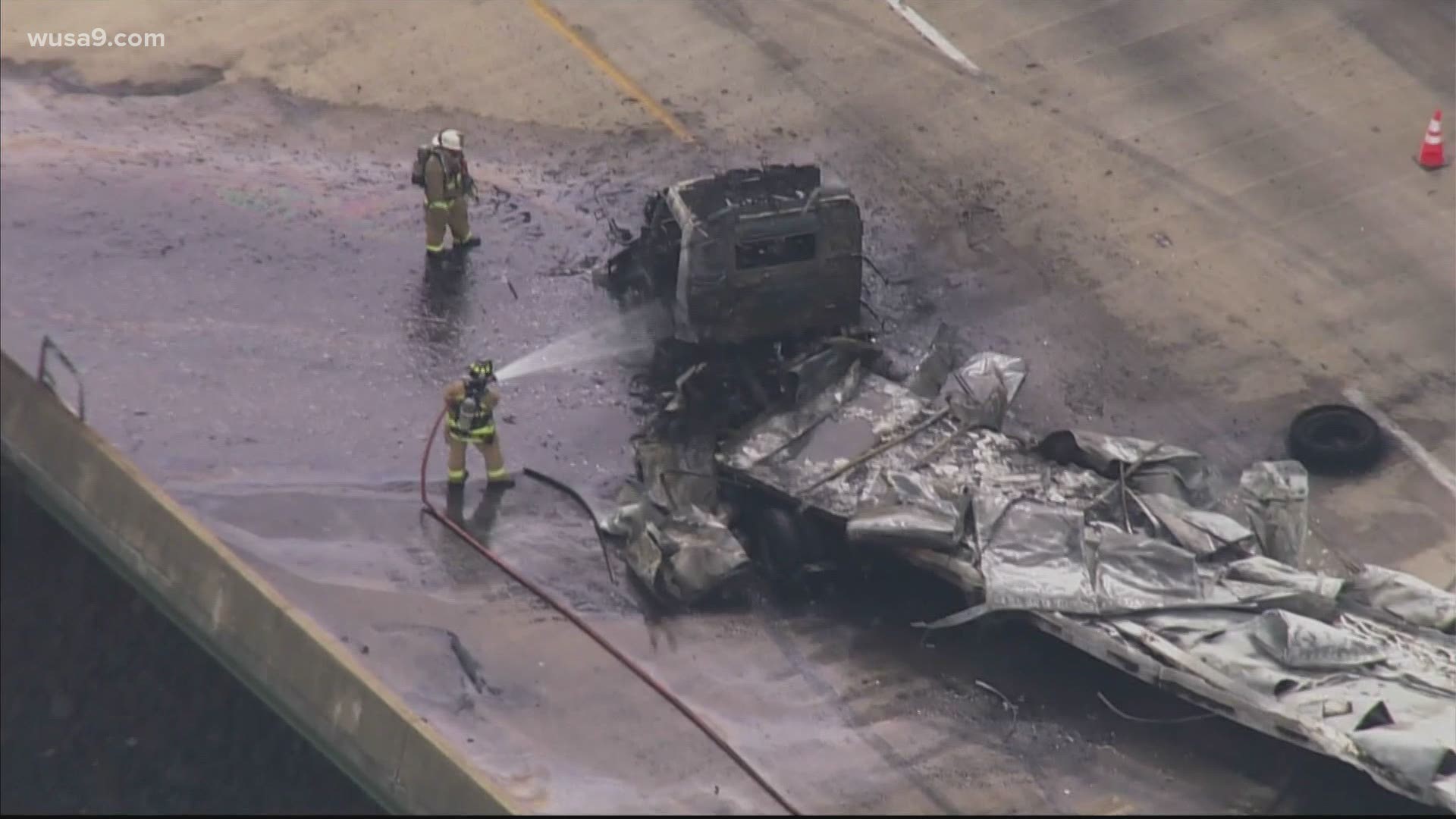 ROCKVILLE, Md. — Law enforcement across the DMV hopes as cities reopen and traffic picks back up, drivers will slow down and reduce a concerning trend.

When the pandemic started in March 2020, traffic volume reduced significantly but on the other hand, excessive speeding increased dramatically.

Agencies in the DMV including Maryland State Police have created initiatives to help slow drivers down. The traffic enforcement detail continues to  concentrate on the Capital Beltway and I-270 by increasing police presence and enforcement.

"The highest car I stopped was 116 miles per hour," MSP Trooper Lyle German told WUSA9 during a ride-along. "At the end of the day, nobody drives to hurt themselves but when you talk about speeds at that rate, little mistakes become amplified."

Highway officials in Maryland said despite less traffic in 2020, 569 people died in crashes statewide, a 6.4% increase from the year before and the highest number since 2008.

TONIGHT at 6: Excessive speeding and reckless driving have been a bigger concern ever since the pandemic. Law enforcement hopes as traffic picks back up, drivers will slow down. I did a ride along with a trooper and looked at the grim traffic trend Maryland saw in 2020. @wusa9 pic.twitter.com/CcRI9BZLem

Law enforcement issued more than 14,000 citations for impaired driving, but when it came to speeding, officers issued 114,000 citations, according to MSP. Half of them had speeds of 25 miles per hour over the posted limit.

Meanwhile, speeding citations issued by speed cameras grew by 12% in 2020 compared to 2019 at work zones running clockwise and counterclockwise on I-495 at the Suitland Parkway Bridges, according to a study by the AAA Mid-Atlantic. More than 105,000 drives were ticketed for speeding 12 miles per hour over the posted speed limit. In 2019, it was 94,308.

Safety officials wonder as traffic begins to increase, what that means moving forward since speeding, impaired driving and even neighbor concerns over drag racing were already issues prior to the pandemic.

"We do expect to see increased traffic and urge people to slow down, leave early and allow more time for your trip," Lt. Upole of the Rockville Barrack said.

Upole said while crashes in his region last year were actually down, the number of traffic stops was up by about 3,000. If anything, he said there was an increase in crashes related to commercial vehicles last year, a problem that seems to be more widespread. Upole credits law enforcement efforts on why the amount of commercial vehicle-related crashes went from 34 this time last year to just four now in his area.

On Tuesday, Virginia State Police said a driver who was weaving in and out of traffic while speeding on I-95 in Prince William County ran off the road, hit a guardrail and crashed into a tractor-trailer. The vehicles burst into flames. The truck driver sustained no injuries but the other driver is at a D.C. burn center fighting life-threatening injuries.

RELATED: Driver seriously injured after tractor-trailer catches fire, crashes on I-95 near Woodbridge

Upole said in his region, the amount of commercial vehicle-related crashes went from 34 this time last year to just four now.

Back in June in Virginia, the pandemic contributed to a 45% decrease in all crashes, but the number of fatalities involving both speed and unrestrained travelers went up by 78% compared to the same time period in 2019.

In 2020, there were more than 17,100 crashes in Prince George's County and more than 9,700 crashes in Montgomery, according to the Maryland Department of Transportation.

RELATED: Speeding and red-light cameras are doubling in Montgomery County