Washington Football vs. Baltimore Ravens: What you need to know about the NFL’s Battle of the Beltways

Thus far, the record between the two teams with stadiums in Maryland is tied 3-3, with Washington scoring a W in the last two meetings in 2016 and 2012. 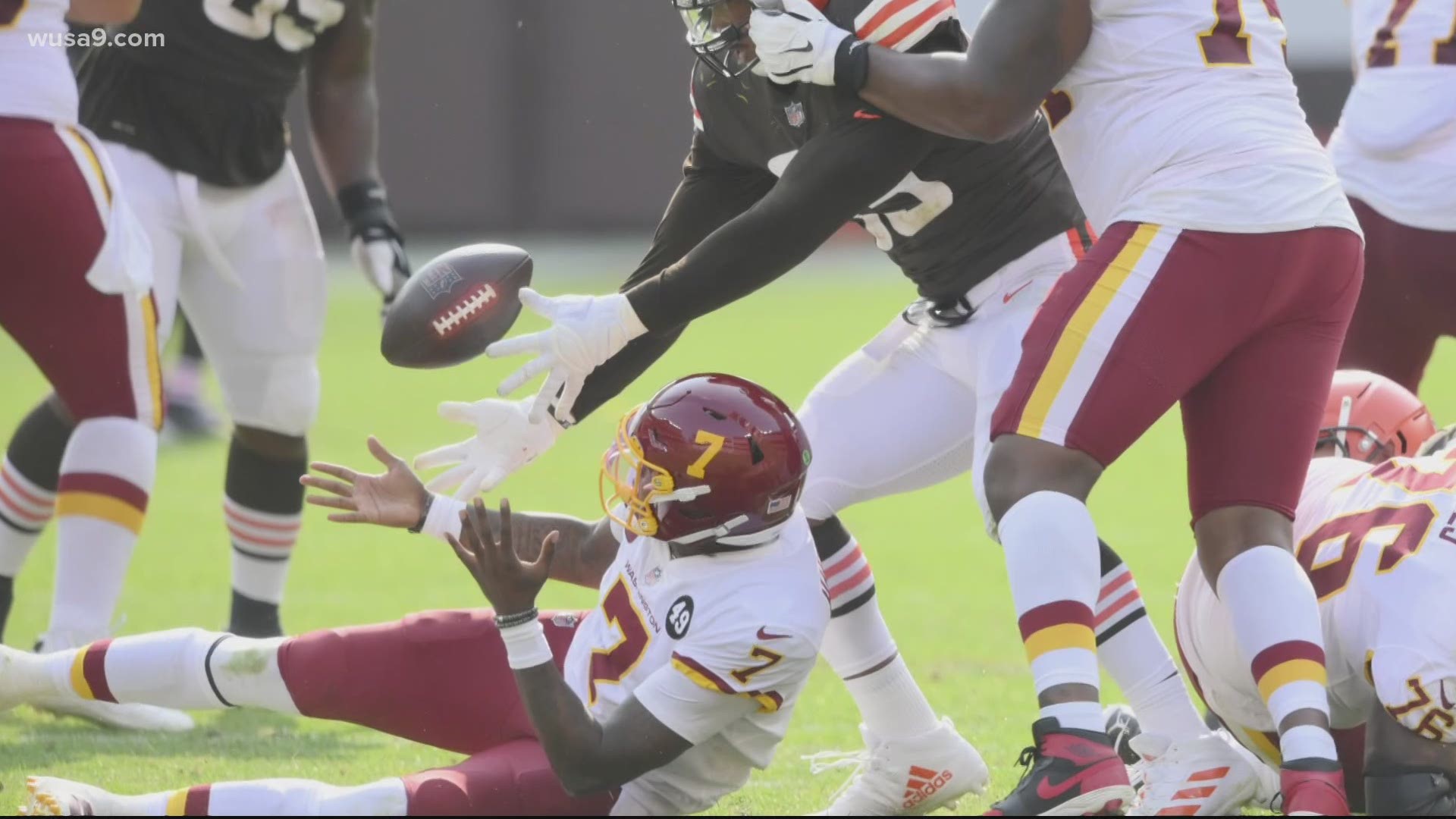 WASHINGTON — The Baltimore Ravens play the Washington Football Team Sunday for only the seventh time since the Ravens moved to Baltimore in 1996. Thus far, the record between the two teams with stadiums in Maryland is tied 3-3, with Washington scoring a W in the last two meetings in 2016 and 2012.

Maryland is one of just a few states in America that has two NFL stadiums on its soil. The Baltimore Ravens play in M&T Bank Stadium near the Inner Harbor. While the Washington Football Team take on their opponents at FedEx Field in Landover.

Many factors affect where the location of the dividing line is between the fan bases, according to Lisa Delpy Neirotti, a sports management professor at George Washington University.

For example, if you live in the designated Baltimore media market, which includes Howard, Carroll, and Anne Arundel counties, you will be exposed to the Ravens more because they are always guaranteed to be on television in the region.

Sunday's Baltimore vs. Washington game will be aired on CBS at 1 p.m.

WUSA9's own Sharla McBride and Darren Haynes will be live on Facebook, Youtube, the WUSA9 app and our website for a postgame show to break down everything that happened on the field during the battle of the beltways.

With the postponement of the Chiefs vs. Patriots game due to positive COVID tests on both teams, the 4:25 game airing on CBS will be the Bills vs. Raiders.

Ok 🏈 fans, this one is for you! Where in Maryland do you think the dividing line is between who roots for the Ravens and who cheers for the Washington Football team? Drop your answer ⬇⬇ https://bit.ly/2HS7G7j