Baltimore might have the Ravens. But at least DC has the Nats.

Growing up in DC, I refused to join my friends rooting for the closest professional baseball team. 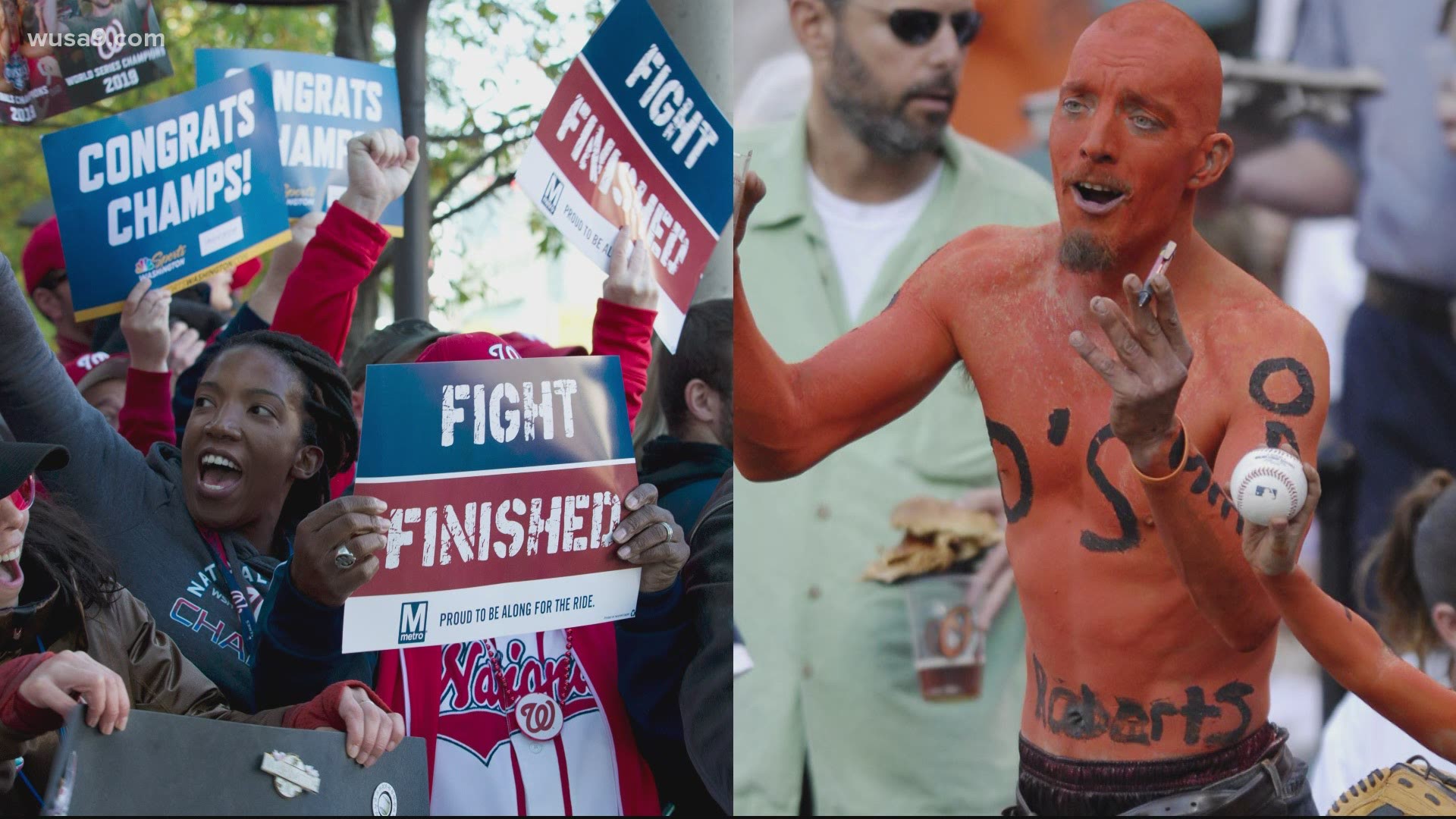 WASHINGTON — I remember when I took my then 13 year-old-son Miles to Oriole Park at Camden Yards for the first time. It was the summer of 2019. We are both die hard Washington Nationals fans, and a little more than two months later our beloved Nats would win its first ever World Series.

When I was Miles' age, DC didn’t have a baseball team. And although many of my friends rooted for the O’s since they were the closest thing we had to professional baseball team, I was never one of those people.

“They were the BALTIMORE Orioles,” I told Miles that night. “We only cheer for DC teams.”

Credit: Eric Flack
Two months after my son and I visited Oriole Park at Camden Yards, the Washington Nationals won the world series. The Orioles lost 100 games that year.

In fact, before the Nationals came to DC, to cheer or not no cheer for the Baltimore Orioles was an age-old question for sports fans in the District.

“Oh, I have many, many friends my age who grew up in DC or in the Montgomery County suburbs that were huge Cal Ripken fans, huge Eddie Murray fans, huge O’s fans,” longtime Washington Post Sports Columnist Barry Svrluga told me after I asked for his perspective on the Battle of the Beltways, baseball edition.

“And I remember thinking, you guys spent time traveling to Memorial Stadium, down I-95 or the BW Parkway. That's how you got to a ballgame?”

But that changed in 2005 when Major League Baseball moved the Montreal Expos franchise to the District.

“It's so engrained now,” Svrluga told me. “You have kids who have grown up here who know nothing of not having a team.”

Svrulga said there is some bad blood between the two fan bases, mostly on the part of Nationals fans toward Orioles owner, Peter Angelos, who fought hard to keep a professional baseball team out of DC, knowing it would eat into his DC-area fan base, and profits.

“I think there's a high level of resentment towards Peter Angelos,” Svrluga said, “but I think it's multi layered.”

Svrluga believes that while most Washington baseball fans initially hated Angleos for trying to block baseball from coming to Washington in the first place, they continue to dislike him because of a legal battle that is costing the Nationals franchise tens of millions in profits, possibly shrinking the money pot with which ownership can play top players.

“The reason that there really could be lingering resentment towards Peter Angelos is the entire MASN dispute, the regional Sports Network that was granted to the Orioles when the Nationals came to town as a way to assuage Peter Angelos,” Svrluga explained. “That's still in a legal fight. The Nationals are not getting their full share of revenue from that that could be limiting their revenues in years to come. Does that play out in their willingness to not spend on players? It hasn't to this point, but it's a legitimate gripe that Nats fans have.”

So I asked Svrulga, who I had interviewed before, the state of the union between Nationals fans and Orioles fans.

“Meh,” he said as we both laughed. “I mean, it's not deep-seeded hatred and I think it's two franchises that are in very different stages of their evolution. The Orioles are undergoing a major rebuild and the Nationals, after a down 60-game season, will take the field in front of fans at some point for the first time as World Series champions. That's just a different point in their evolution.”

As the Nationals were winning that 2019 World Series, the Orioles were losing 100 games for the second straight year.

But the Orioles have made the playoffs three times since 2012 - winning a division title in 2014.

The chasm between the two football teams is much greater. While the Baltimore Ravens expect to contend for an AFC Championship and possible Super Bowl berth, the Washington Football Team has won one playoff game in the last 20 years.