Snyder to buy out other Washington owners, pending approval

Snyder would become the sole owner of the Washington Football Team. 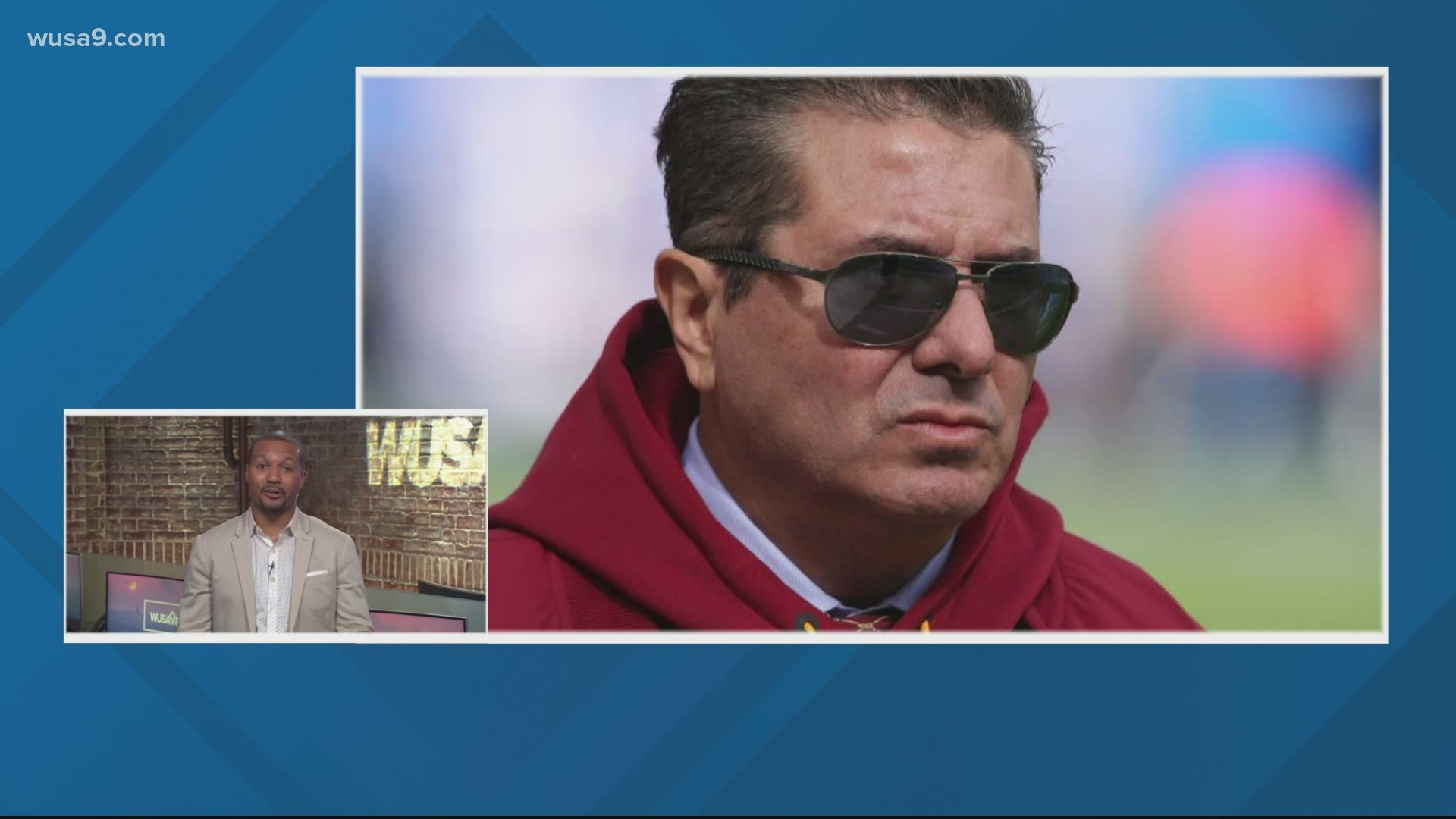 LOUDOUN COUNTY, Va. — Dan Snyder is buying out the Washington Football Team’s minority owners and will become the sole owner of the club.

An NFL spokesman on Wednesday confirmed that Snyder’s application for a debt waiver of $450 million was approved by the finance committee and that the deal is pending approval from team owners. Three-quarters, or 24 of 32 teams, need to sign off during a vote at the annual league meeting next week to make it official.

Multiple messages seeking comment that were left for the team and a public relations firm representing Snyder were not immediately returned.

Fred Smith, Dwight Schar and Bob Rothman currently own 40.5% of Washington Football Inc. They have been mired in a court dispute with Snyder over their shares of the team.

This effectively settles that matter and puts Snyder completely in charge of the team, which Forbes valued at $3.5 billion. Washington is in the midst of an organizational upheaval after dropping its name last year and launching an independent investigation into allegations of sexual harassment in the workplace by several former employees.

RELATED: VERIFY: Can Dan Snyder lose ownership of his team based on current NFL bylaws?