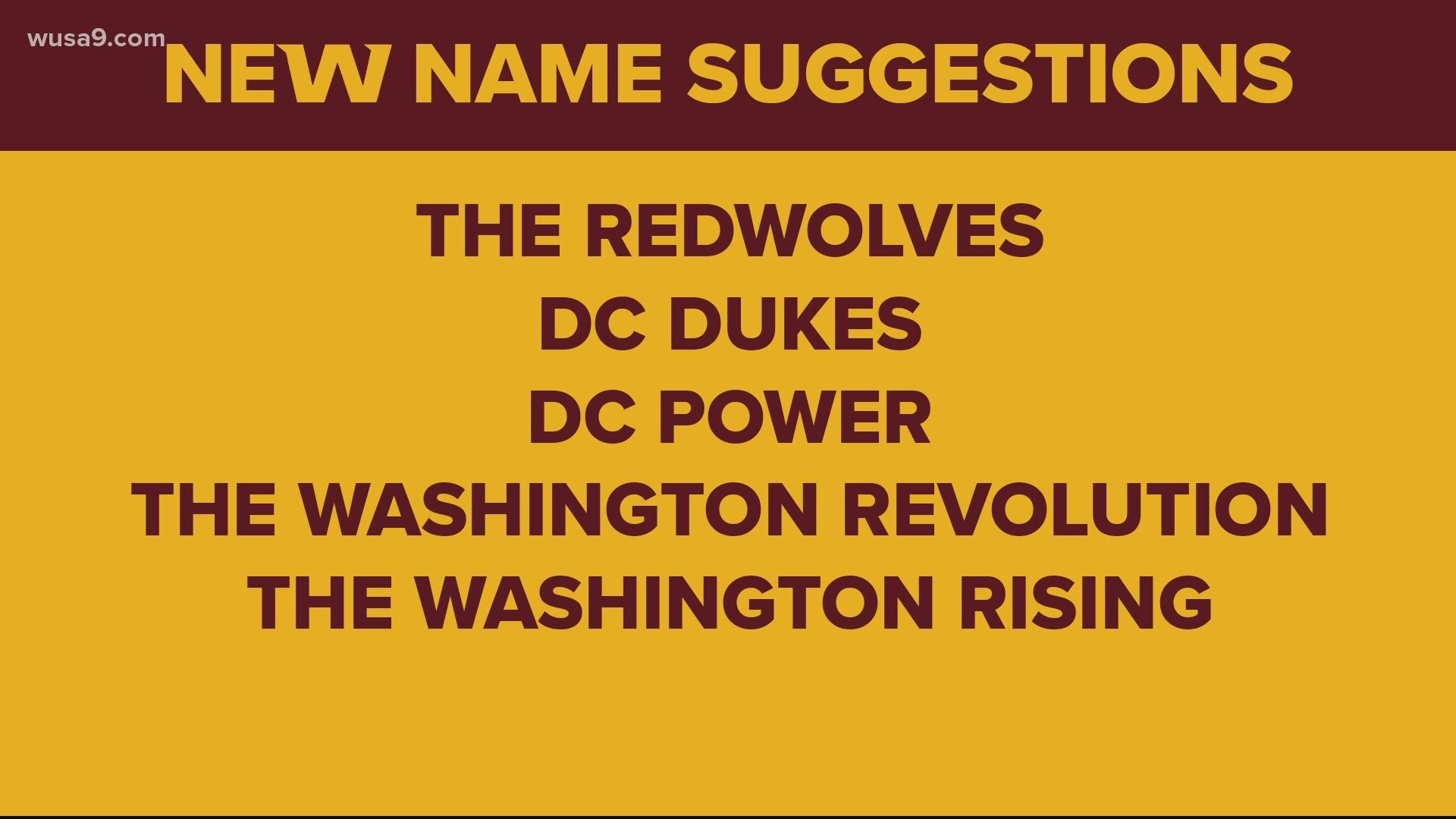 LOUDOUN COUNTY, Va. — The Washington Football Team is moving closer to getting rid of its placeholder name. The team announced a deadline for name submissions to the WashingtonJourney.com website of April 5, as it moves forward with its re-branding.

The team has been known as the Washington Football Team since retiring the team's original name and logo back in July 2020, months before the beginning of the 2020 football season.

"To re-brand something, it takes a good 18 months, at least, so here you are with just a few weeks wondering what you're going to call the team, so why not just keep it simple?" the new senior VP of media and content, Julie Donaldson told WUSA9 at the time. "This way you don't have to erase the history, people don't have to say goodbye to the memories and feel like they just got totally abandoned. People can take their time in the process to say we want the fans to weigh in, we want to make sure we cross every T and dot every I to make sure that when we do finally go to that, it's not going to be something that offends or excludes anybody."

In August, the team posted an open call to submit a “name idea, a logo or artwork that you've created, or a video testimonial.”

Since then, the Washington Football Team said in a release that its received 15,000 entries, "spanning every state and territory of the U.S., and 60 countries across six continents."

The team has made other changes as well. It signed Jason Wright as the first Black NFL team president and Martin Mayhew as General Manager. The team also released quarterbacks Dwayne Haskins and Alex Smith, and signed journeyman QB Ryan Fitzpatrick.

"We set out to make the rebranding of this storied franchise a truly collaborative and inclusive process and, for the thousands of individuals who have contributed so far, we hear you and we thank you," said Jason Wright, President of the Washington Football Team, in a release. "As we close the process of formal fan submissions, we will continue to engage with the community through various platforms. This is about much more than a name; this is a once-in-a-lifetime opportunity for fans to be a meaningful and lasting part of our history."

After submissions close, fans can continue following the re-branding of the team  via the team's social media channels.

There is no word yet on when an official team name and logo will be announced.