Report: Wizards point guard Russell Westbrook traded to the Lakers after one season in Washington

Westbrook only played point guard with Washington for one season after leaving the Houston Rockets early in the 2020 season. 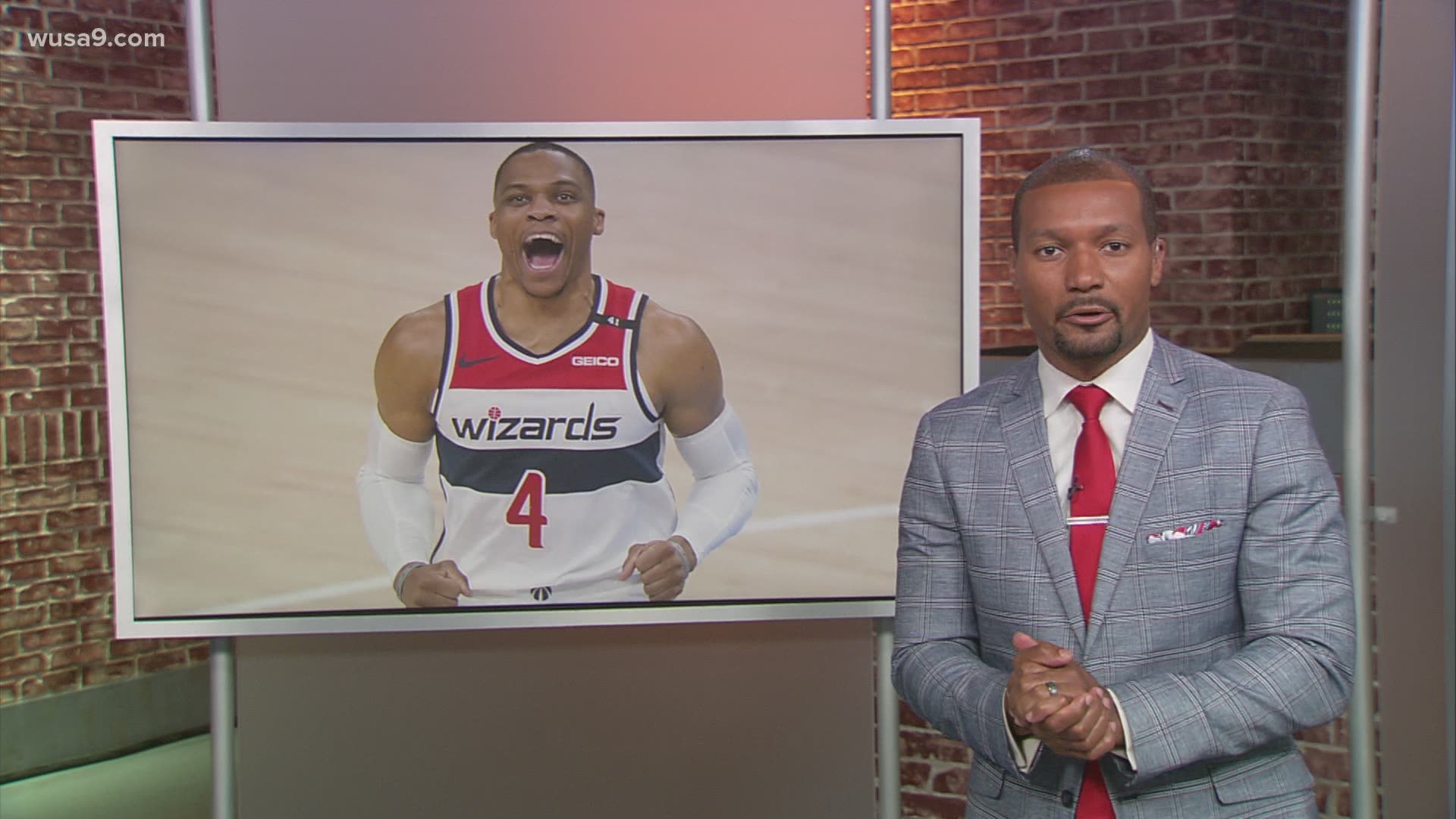 WASHINGTON — Russell Westbrook will be leaving the Washington Wizards for the Los Angeles Lakers, according to ESPN's Adrian Wojnarowski.

The Athletic has reported the trade will send Westbrook to the Lakers for Kyle Kuzma, Kentaviois Caldwell-Pope, Montrezl Harrell and a No. 22 draft pick that is being picked this evening as part of the 2021 NBA Draft. The Lakers will also get the Wizards' future 2024 and 2028 second-round NBA Draft picks.

Westbrook only played point guard with Washington for one season after leaving the Houston Rockets early in the 2020 season. The move means he will play for his fourth team in just as many seasons.

Thank you DC! You welcomed my family and I with open arms from day one. Everyone from the front office, to the training staff, the coaches, my teammates, and the fans. I’m grateful y’all took a chance on me and supported me every step of the way. pic.twitter.com/wTvHQHPIOU

In his one season with the team, Westbrook helped guide the Wizards to the NBA Playoffs, but the team was easily handed a series loss by the Philadelphia 76ers. The loss would lead to head coach Scott Brooks's contract not being extended by the franchise.

The move for Westbrook is a smart one for a man in his 30s, seeking an NBA championship before his career sunsets.

The Lakers have basketball superstars LeBron James and Anthony Davis on the team already. And adding Westbrook may lead to a second championship in three seasons if all goes as planned.

Credit: AP
Washington Wizards' Russell Westbrook shouts instructions during the first half of the team's NBA basketball game against the Indiana Pacers, Saturday, May 8, 2021, in Indianapolis. (AP Photo/Darron Cummings)

RELATED: Unseld talking defense as he takes over Wizards job

RELATED: Bradley Beal out of Olympics for health and safety reasons