Westbrook told the media after the game that this is why he acted so emotionally and angrily amid going into the tunnel towards Washington's locker room. 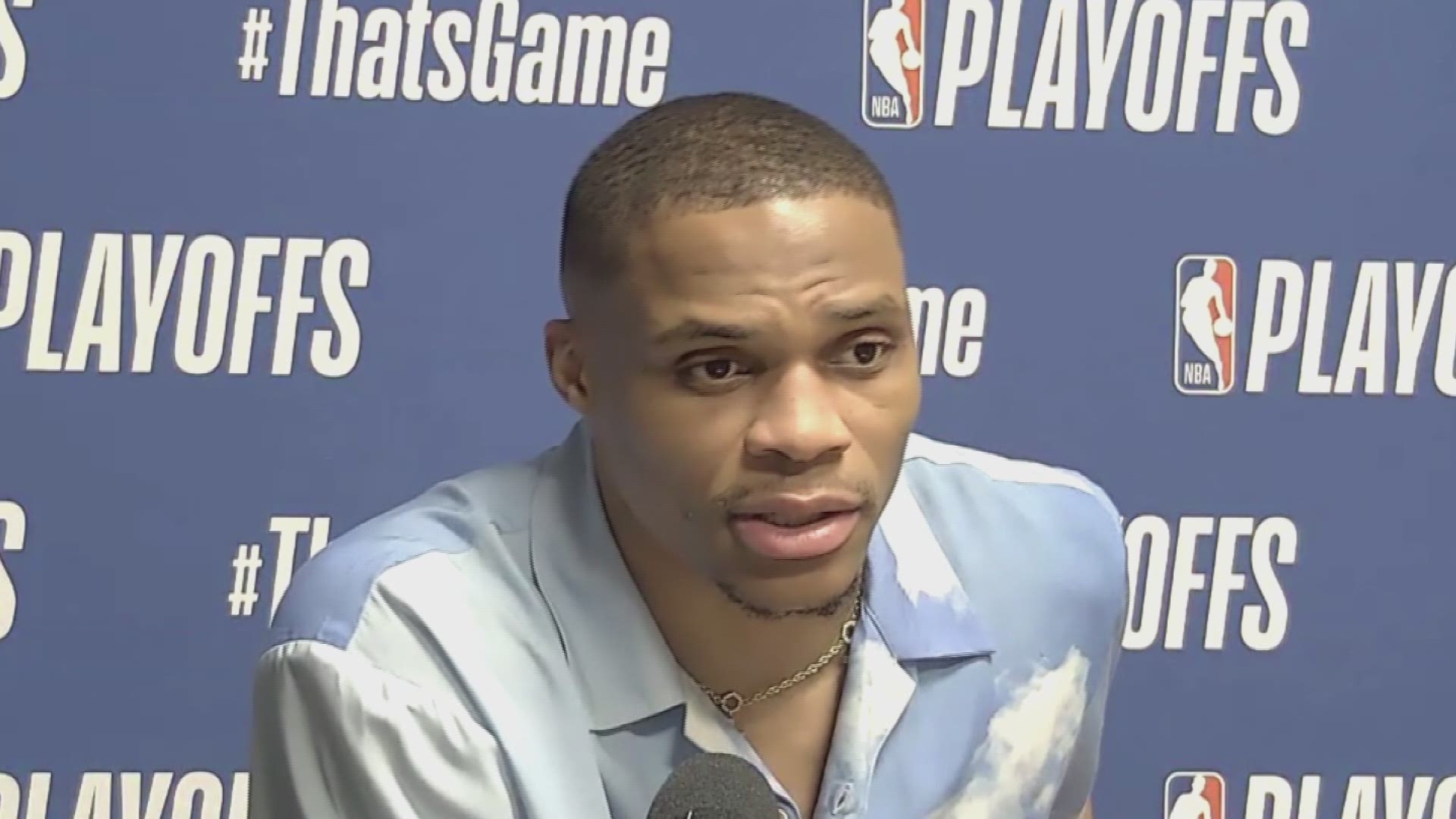 PHILADELPHIA — Russell Westbrook wasn't happy going into the locker room after his fourth-quarter injury in a playoff loss to the Philadelphia 76ers on Wednesday. It's because a fan allegedly poured popcorn on his head as he exited the court.

Westbrook told the media after the game that this is why he acted so emotionally and angrily amid going into the tunnel of the locker room.

Video from the NBC Sports broadcast showed Westbrook having to be held back by multiple personnel, stopping him from making his way into the stands or back on the court.

This s&%T is getting out of hand, especially for me. The amount of disrespect ... the amount of fans doing whatever the f&%k they want to do," said Westbrook.

The Wizards' point guard said he's fine with fans enjoying themselves, but that this is an instance of things going too far.

"These arenas need to start protecting the players," said Westbrook.

🚨🚨MUST SEE🚨🚨#Wizards Russell Westbrook goes off after fan pours popcorn on him during 76ers game!! @wusa9 🍿🍿🍿🍿

This isn't the first time that Westbrook has had run-ins with fans. He has also complained before about how fans have acted towards him while he is playing on the court.

A few years back, a kid grabbed on his jersey pants while he was on the sideline to inbound the ball.

Westbrook went down after colliding with Furkan Korkmaz early in the fourth quarter. He limped off the floor and was restrained by security after a fan threw popcorn at him as he was headed under the tunnel.

Westbrook finished with 10 points and 11 assists for sub-.500 Washington.

The Sixers withstood 24 first-half points from the Wizards Bradley Beal in the first half and led 71-57 at halftime. They maintained a double-digit lead throughout the second half.

Game 3 is Saturday night at Washington's Capital One Arena.