The second man, who said he was with Montae Nicholson the morning the 21-year-old woman died, gives a timeline of events at the Inova Emergency Room in Ashburn. 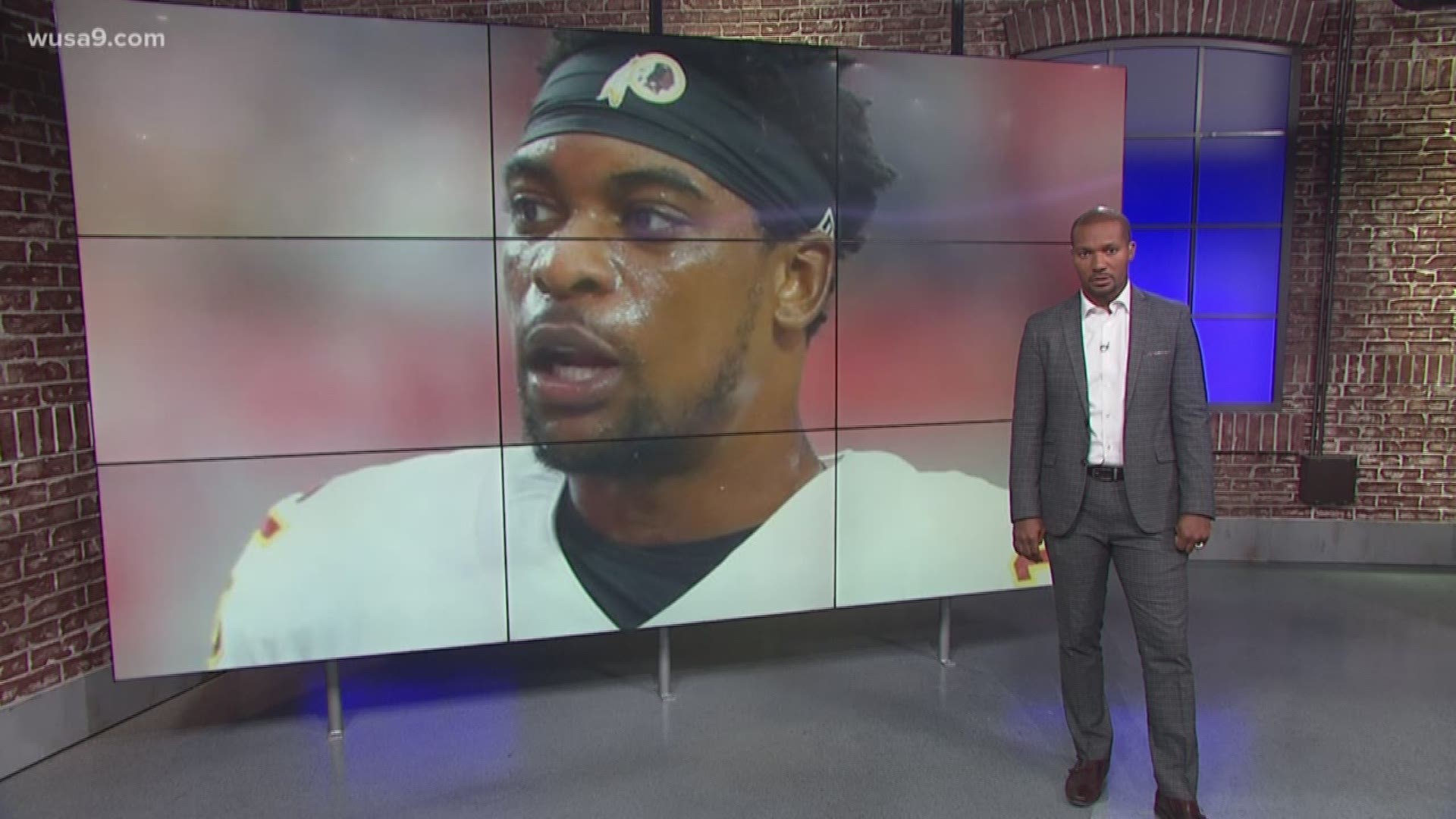 WASHINGTON — Washington Redskins safety Montae Nicholson is cooperating with the Loudoun County Sheriff’s Office as they investigate the death of 21-year-old Julia Crabbe.

A second man who was with Montae Nicholson the morning Crabbe died gave WUSA9's Darren Haynes a timeline of events of what exactly happened at the hospital.

According to the source, Nicholson drove Crabbe to the Inova Emergency Room, and asked security for assistance and a wheelchair. Crabbe was taken into surgery.

The source went on to say that he and Nicholson waited for an hour for Crabbe’s family to arrive, and then remained in the waiting room until later that morning. Crabbe was later pronounced dead from an apparent drug overdose.

The Loudoun County Sheriff's Office was not called until after Crabbe died, and when they arrived on scene but Nicholson and the second man were gone. They were able to track both men down a short time later.

This is an ongoing investigation, and Nicholson has neither been arrested nor charged with a crime.

The Redskins released a statement Thursday regarding the event:

Nicholson did not participate in the Redskins practice on Thursday, but was back at practice Friday. Redskins coach Bill Callahan said Nicholson is questionable to play Sunday due to an ankle injury. At the time of the press conference, Callahan had not spoken to Nicholson.

Back in December 2018, Nicholson was arrested and charged with public swearing, intoxication, and misdemeanor assault after a fight outside a bar in Ashburn. The fight was captured on video, but the charges were dropped in May, due to a lack of evidence.