Ron Rivera: Chase Young is out for the season with leg injury

Washington defensive end Chase Young went down with a knee injury in the 2nd quarter against Tampa Bay. 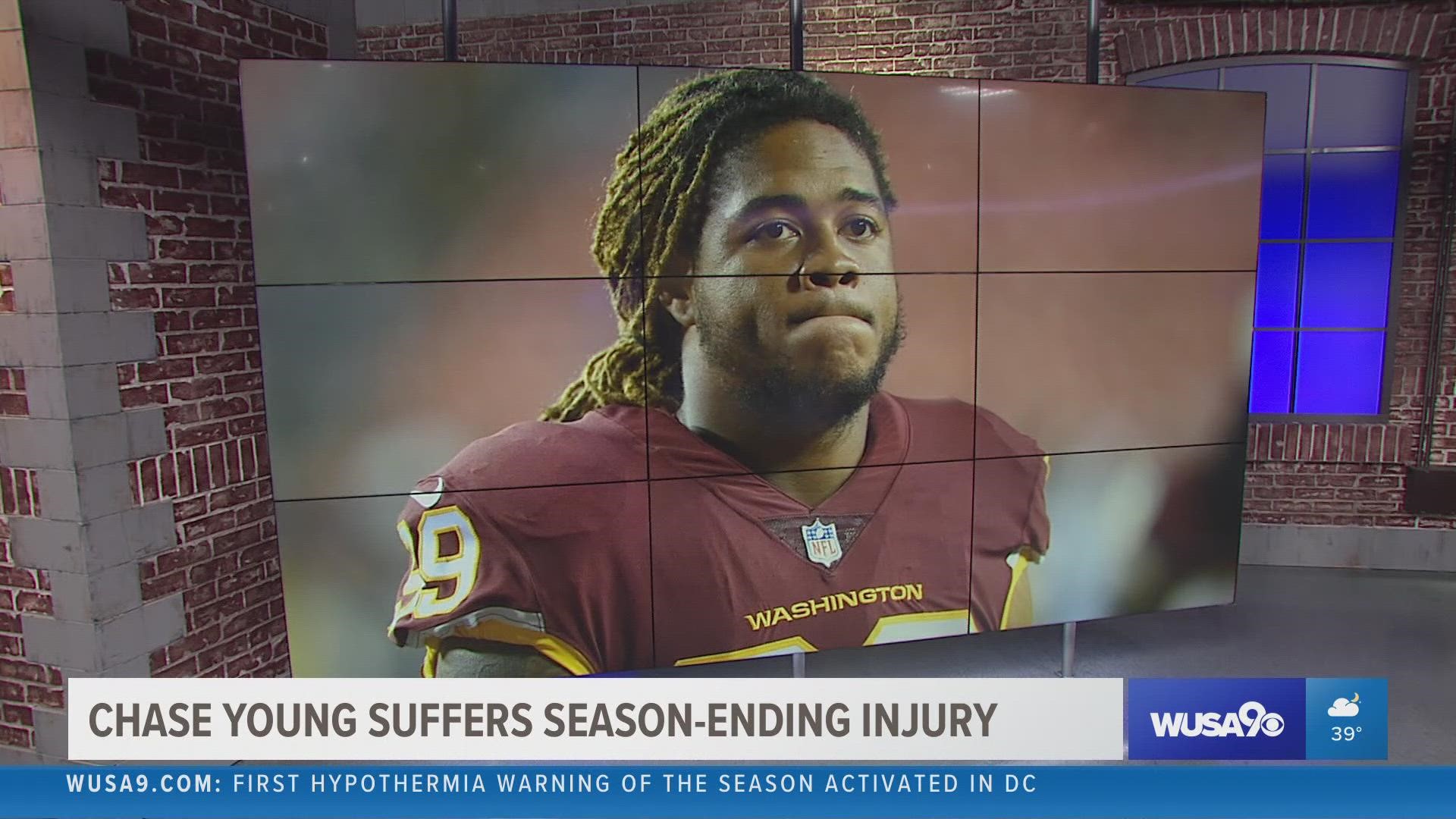 WASHINGTON — Washington Football Team Head Coach Ron Rivera said that defensive end Chase Young is out for the season with a leg injury. Young went down with a knee injury during Washington's game against the Tampa Buccaneers on Sunday.

Sources told WUSA9 the "initial fear" was a torn ACL. His right knee appeared to buckle while rushing off the edge to get to Tampa's quarterback Tom Brady.

A cart was initially called to the field but Young waved the cart off and chose to limp off the field under his own power with help from his teammates. The team would later rule Young out for the rest of the game.

Young headed back out shortly after on crutches to support his team from the sidelines.

Chase Young refuses to take the cart and leaves the field with a leg injury. @wusa9 #WashingtonFootball

Young is coming off an NFL defensive rookie of the year season, compiling 7.5 sacks, 10 tackles for loss, and four forced fumbles. So far, Young isn't having as much success as he did during his rookie season, tallying only 1.5 sacks and three tackles for loss. The Washington Football Team is already without defensive end Montez Sweat, who was put on injured reserved with a broken jaw bone. Washington isn't officially out of the playoff race at 2-6, but a Young injury doesn't help their chances of making it back to the postseason.

Young has been more than just a football player in the D.C. community but also a vocal leader for community change. Young is the son of a police officer and has been outspoken at town hall meetings, calling for an end to gun violence.

RELATED: 1-on-1 with Washington's Chase Young heading into Week 4 of NFL season | Locked On WFT 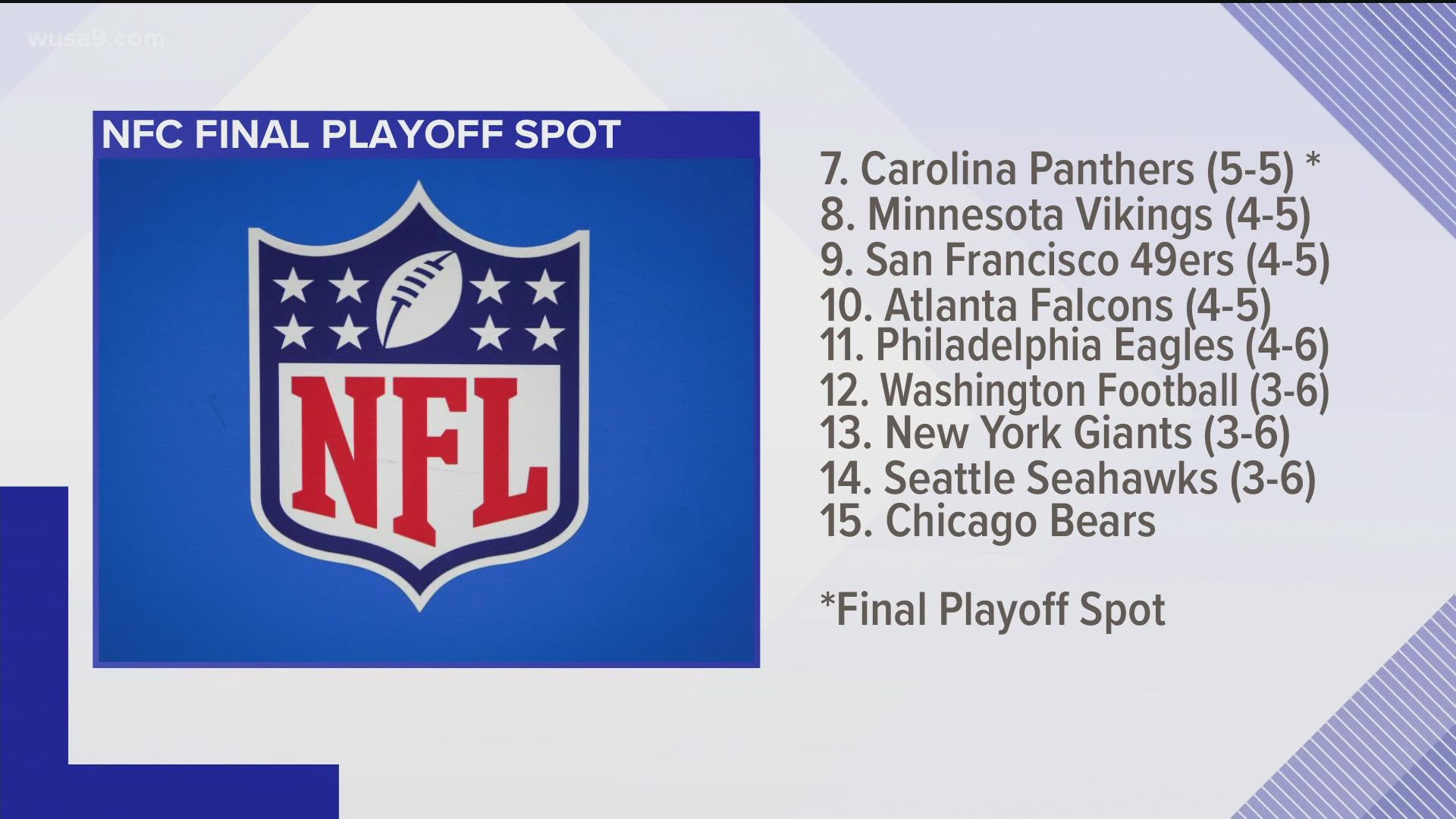