Chase Young also used the former team president's name as a name The Washington Football Team will definitely not use for their new name. 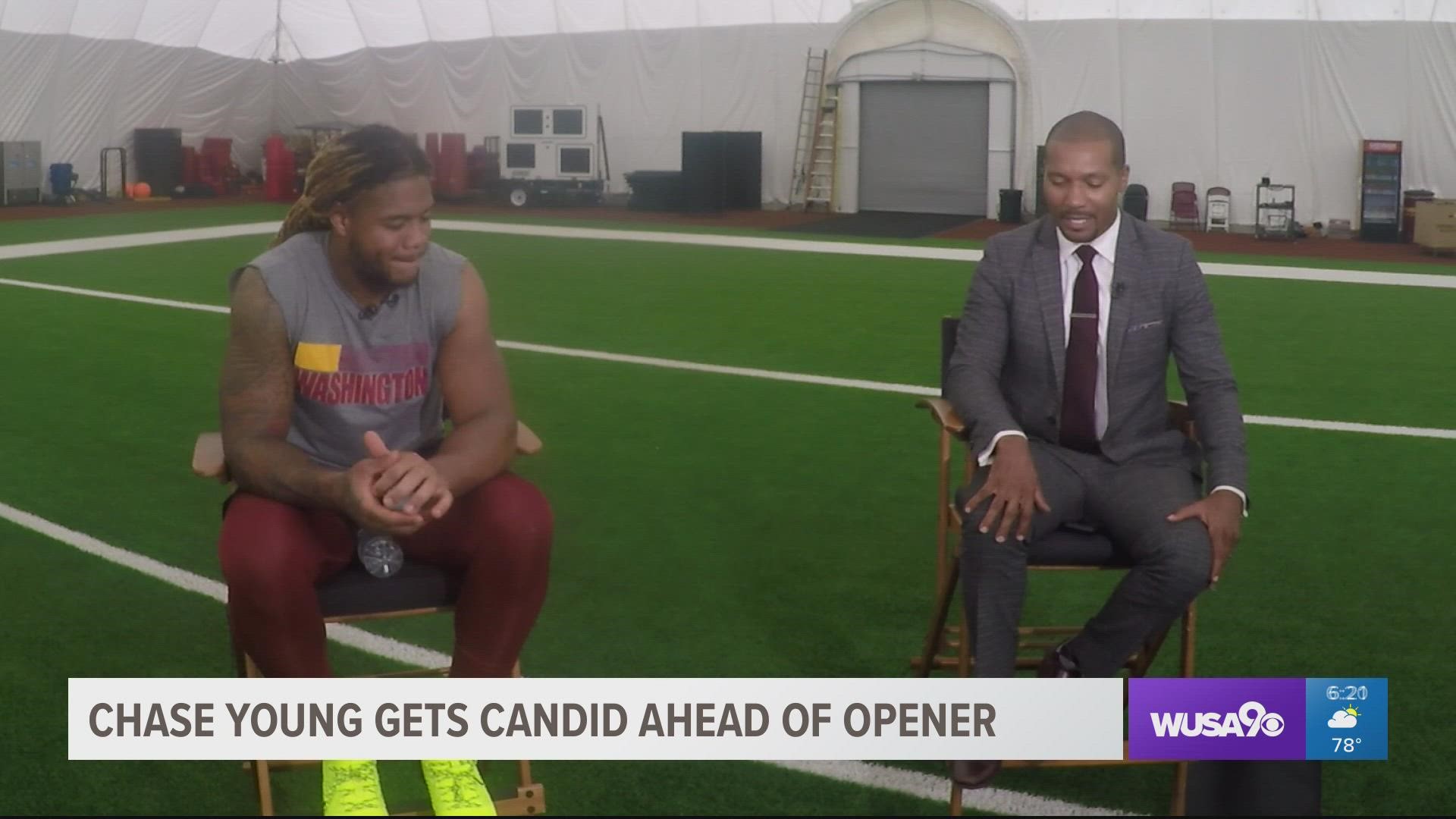 "I use Bruce when I order Chick-fil-A," said Chase Young.

Yes, the NFL's reigning defensive rookie of the year and 2-time captain uses the former President of The Washington Football Team when ordering a chicken sandwich.

"That's my name on my ticket," Young said. "If they say 'Chase,' when I go up and get it, everyone will be like, that is Chase. So I use Bruce."

Bruce Allen served as the president and general manager of the Washington Football Team for 10 years until he was fired after the 2019 season. Chase says he only uses Bruce's name as a joke to hide his own identity, not to take a shot at the team's former president.

Chase Young also used the former team president's name as a name The Washington Football Team will definitely not use for their new name. When Young was asked which name the team will not use, Young joke saying "Bruce [Allen]".

Tanya Snyder (Co-CEO & wife of Dan Snyder) spoke with ESPN's Adam Schefter in a lengthy interview and mentioned the list of names the franchise is deciding from.

These names include Red Hogs, Defenders, Armada, Presidents, Brigade, Commanders, Red Wolves and Washington Football Team. Of the eight names suggested by the team, three have been picked as the last options for the team's impending name change. Those three names were not released in the interview.

The Washington Football Team will release its new logo and name in 2022 but will be keeping the Burgundy and Gold colors it's worn for decades.

When the team announced that it would change its name and logo a year ago, it told fans that it would take some time to put final plans in place for the overhaul of the National Football League franchise's controversial but highly recognizable history.

RELATED: The Washington Football Club will not be the new team name