"Arrive early, drink responsibly, cheer loudly, and don't drive," Bowser said at a news conference announcing some of the details.

"It will feature our players, the trophy, our general manager and manager," Gregory McCarthy, the Nationals' senior vice president, said.

There will also be high school marching bands, military color guard, and a whole bunch of Little League kids.

The Nationals are paying for the stage and the production, while the District is covering the about $2 million in expected police, fire and traffic cost.

Bowser estimates that each Nationals home game contributed $3 million to the city's economy.

According to a press release from Bowser's office, fans attending the parade are encouraged to: 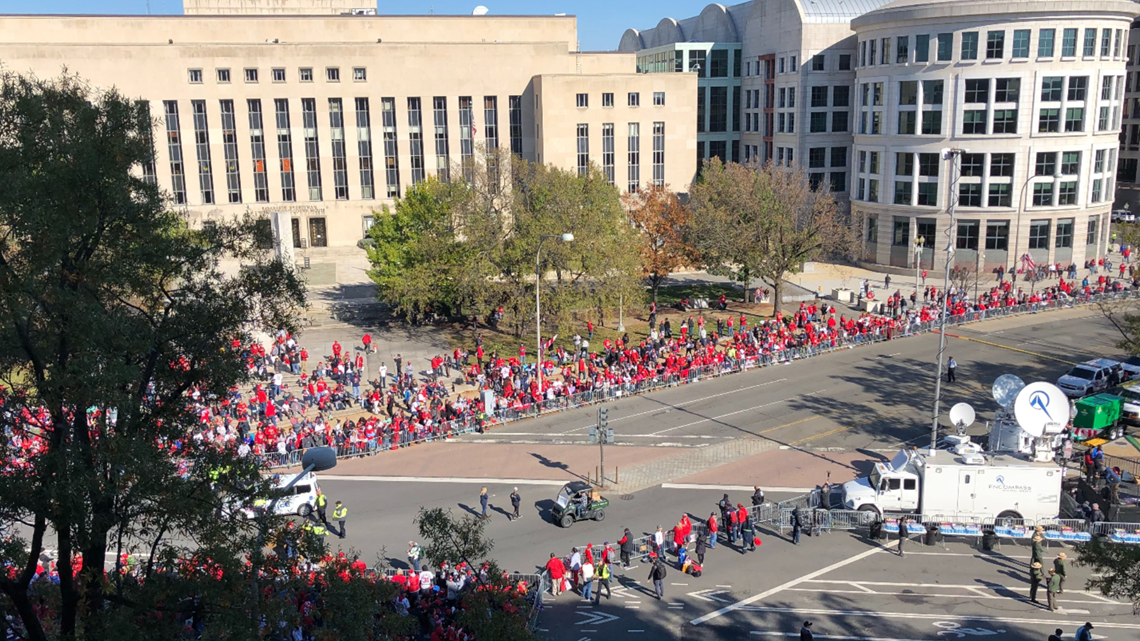 RELATED: The Nationals World Series parade will be Saturday. Here are the details

The Bowser administration said they are coordinating service and logistical operations across multiple District agencies.

Many fans gathered at National's Park Thursday to obtain commemorative World Series tickets predicted a larger celebration than the June 2018 parade to honor the Capitals for winning the Stanley Cup, which attracted nearly 1 million fans.

The Nationals parade will take the same route up Constitution Avenue that the Capitals took. But many fans said they would be more free to attend because they do not have to work weekends.

Fans noted that the lack of wins in front of a home crowd during the World Series makes the parade celebrating the overall win a must-see event for fans eager to see victorious players.

In addition, weather for the celebration is predicted to be good.

The 2018 Capitals celebration occurred on a Tuesday. Metro reported at the time that 840,000 riders used the system.