World Series brings more than $8M in revenue to DC

Local businesses referred to the recent economic boom from the historic series as 'Christmas.' 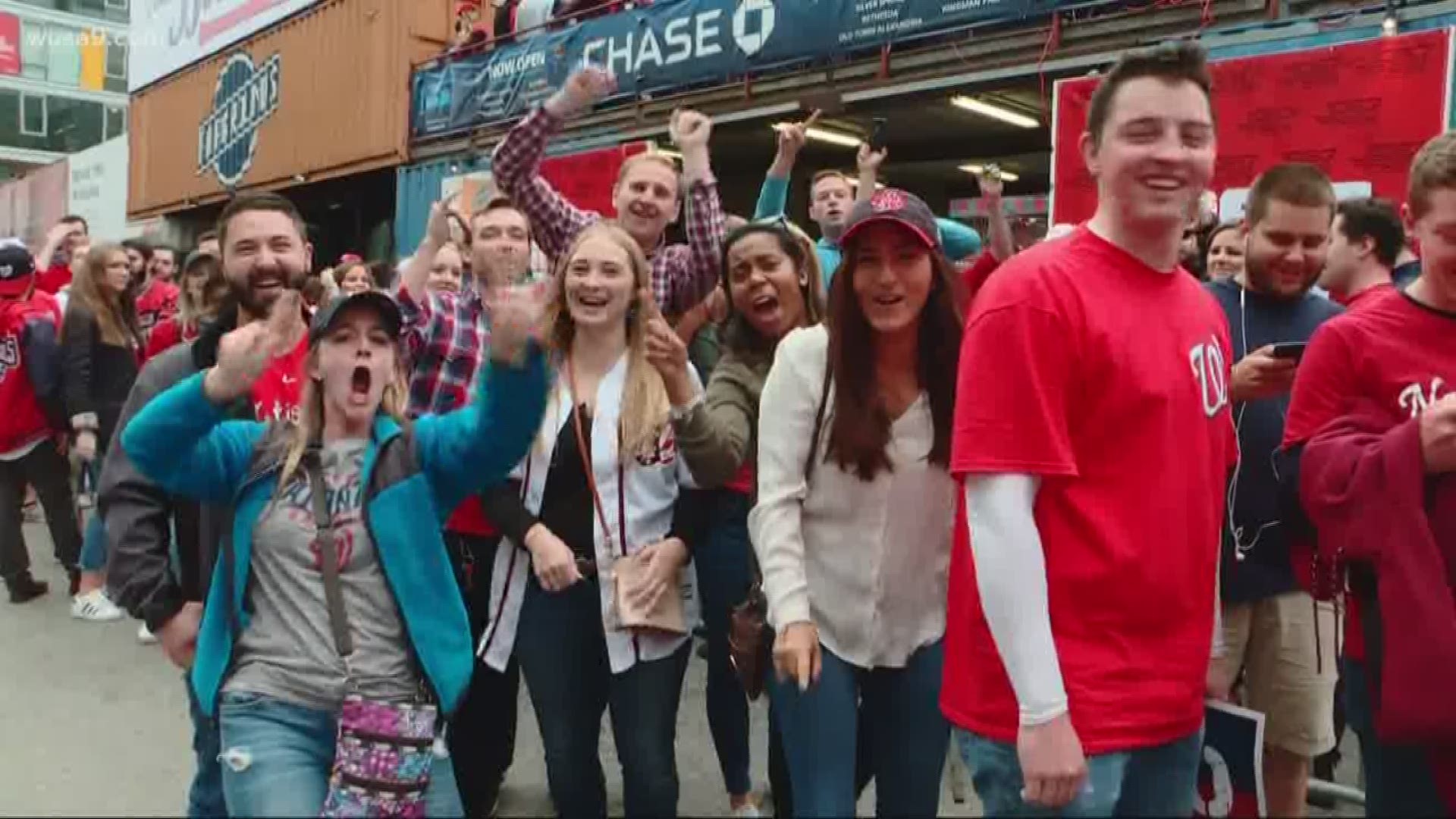 WASHINGTON — Nationals fans are gearing up for Game 6 of the World Series after attendance numbers at Nats Park topped out last weekend at 43,910. But local businesses around the park are also seeing skyrocketing attendance numbers.

The city is anticipating an estimated $8 million in revenue, according to Destination DC, which doesn’t just help the local economy but also local businesses.

"We were certainly expecting big crowds," Walter’s Sports Bar Owner Jeremy Gifford said. "Probably weren’t expecting to be as packed as we were."

Gifford said in terms of profit, the bar brought home more over the weekend than it might make next month.

Credit: WUSA
Jeremy Gifford said they sold about 9,000 cans of Bud Light at Walter's Sports Bar over the weekend.

Destination DC projected this weekend’s World Series games would have a $6.5 million-dollar economic impact, but because of Sunday’s game, the new projection is now up to $8 million.

"It was a lot of hours and a lot of people," Ruprecht said. "Probably tripled about what we’re normally doing, it was definitely all hands on deck."

It wasn’t just restaurants around Navy Yard that cashed in, but also bars. On Saturday, the Bullpen had a line longer than the line to enter the ballpark.

"Down here it’s a Christmas," Gifford said. "Nobody plans on going to the World Series in their business model."

RELATED: 'This is only the beginning' | Navy Yard is currently 65% built out. When will construction end?

"I think long term though it probably gets people who aren’t real baseball fans excited about baseball," Gifford said. "I’m sure the Nationals sold more season tickets next year to people who wanted to get to the World Series."

Once the World Series is over, Gifford encourages people to not forget about all that’s down at Navy Yard.

"Don’t forget about Navy Yard in November to February,” Gifford said. “Lots of good places to come to."

RELATED: We're on the hunt for the Nats fan with the best dugout dance. Do you have what it takes?