Aaron Barrett and the Nationals are in a Super Bowl commercial

Aaron Barrett and the Washington Nationals will appear in a Budweiser commercial that will air during the Super Bowl. 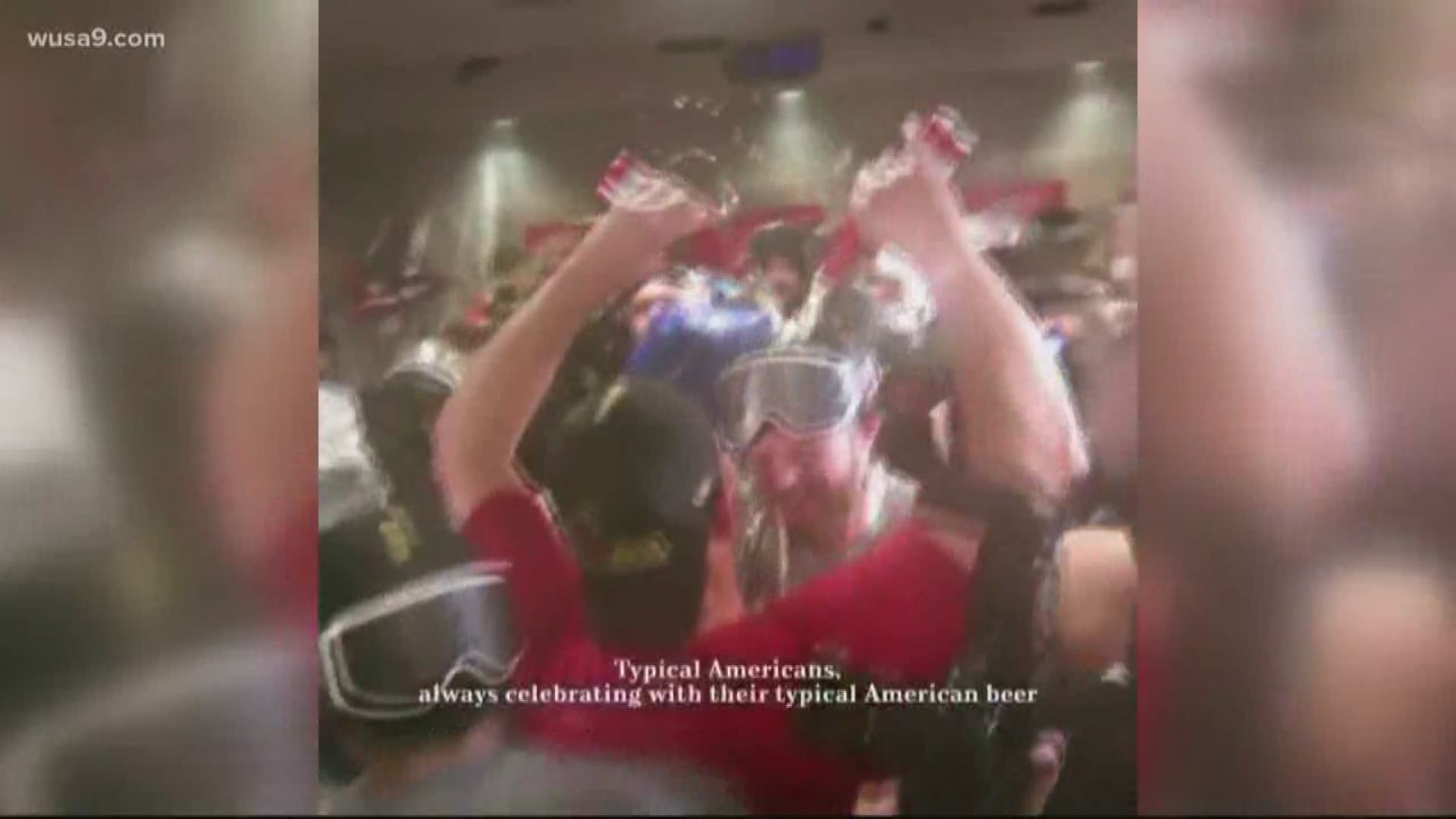 The Nats are part of a minute long Budweiser commercial that celebrates "Typical Americans."

Among the people featured in the ad are firefighters, good Samaritans, military service members and the Nationals.

The video of the Nationals shows Anthony Rendon, Aaron Barrett and coach Bob Henley popping bottles to celebrate during their postseason run to the first championship in franchise history.

Barrett tweeted an explanation of the clip of himself and Bob Henley that appears 44 seconds into the commercial.

"This was Bobby Henley and I’s tradition at every single celebration starting at the Wild Card Game!" tweeted Barrett. "What an honor for this moment to be captured in @budweiserusa Super Bowl Commercial."

Aaron Barrett's journey back to the majors, let alone being in a Super Bowl commercial, is amazing.

The Nationals pitcher had Tommy John surgery in 2015, then broke his arm while rehabbing in 2016.

Aaron Barrett would not pitch in the majors again until September 2019.

While he did not pitch in the postseason, Barrett was on the Nationals 40-man roster, and won his first World Series title when the Nats beat the Astros in seven games.

RELATED: Can of champions: Limited-edition Nats Budweiser cans released for one day only

But there is nothing typical about Barrett's journey to the top of the baseball mountain.