The patch honors the late Bobby Mitchell, the franchise's first Black player, who passed away in April. 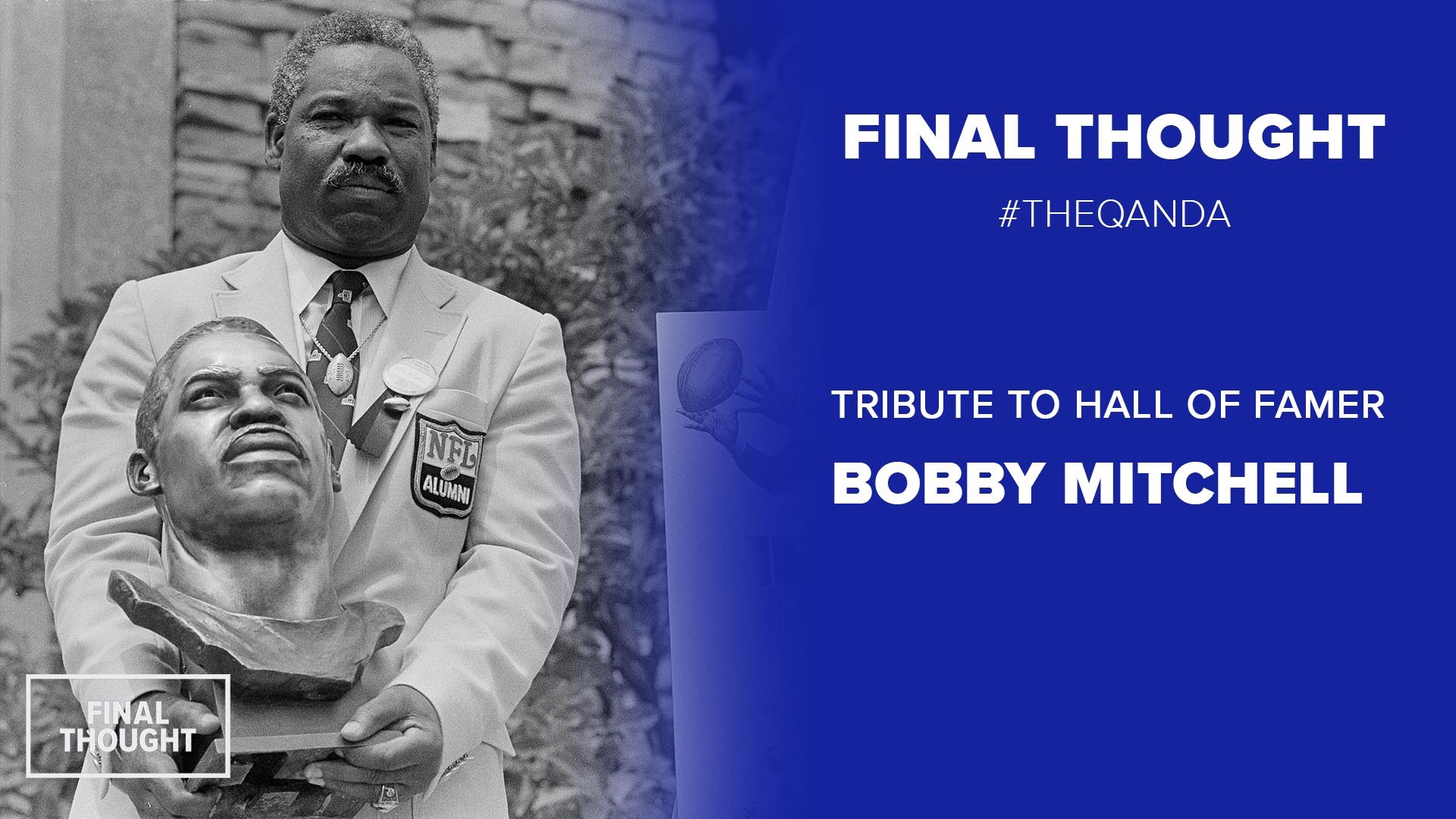 WASHINGTON — The Washington Football Team took on their neighbors, the Baltimore Ravens, Sunday for only the seventh time since the Ravens moved to Baltimore in 1996. Though WFT's performance on the field was a struggle, losing 31-17, the talk on social media turned to the team's jerseys.

Washington players have been wearing a circular patch with number 49 since the beginning of the season, to honor a franchise legend who passed away earlier in the year. Former player turned executive Bobby Mitchell died April 5, 2020, at the age of 84.

Mitchell became the first Black player on Washington's team when he was traded in 1962 from the Cleveland Browns, making WFT the last team in the NFL to integrate. He played as a halfback for the team until 1968, and served as an executive on the team until his retirement in 2002.

RELATED: Bobby Mitchell, first African American to play for Redskins, passes away at 84

"Bobby represented the Washington organization with integrity for over 50 years," owner Dan Snyder said in a statement following Mitchell's death. "His passion for the game of football was unmatched by anyone I have ever met. Not only was he one of the most influential individuals in franchise history, but he was also one of the greatest men I have ever known. He was a true class act and will be sorely missed."

Despite being called the "Jackie Robinson of Washington" by his teammates, Mitchell did not appreciate that his race became what he was known for in the District. 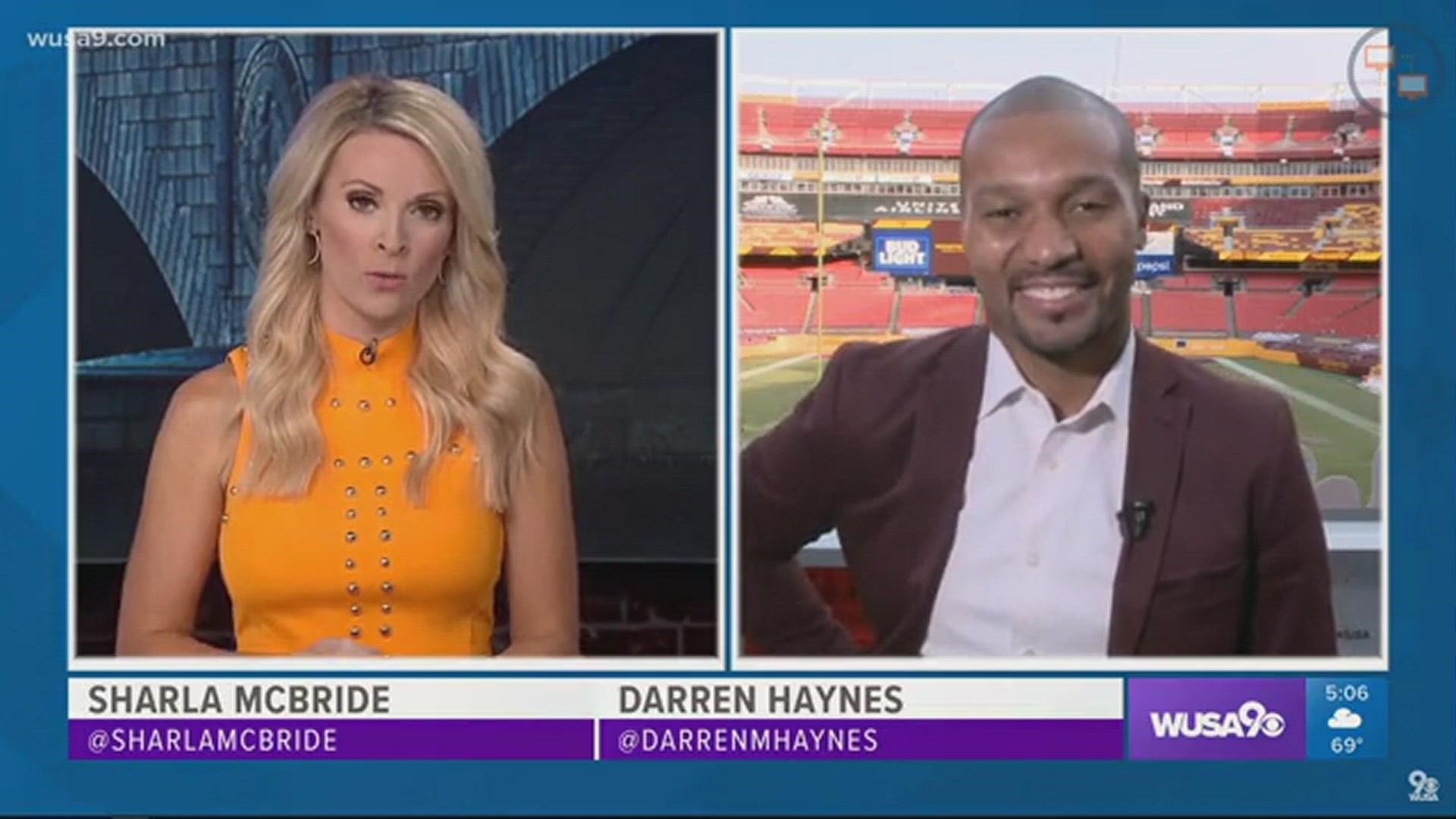 "I have to live with people always talking about me as the first black player against all my exploits," Mitchell said to the Washington Post in an interview after his retirement. I've always been very upset that people always start with that. I don't want to hear that, and yet I have to hear it constantly and it overshadows everything I've done in the game."

When he retired, he recorded the second-highest total in NFL history for combine net yards, at 14,078. He was inducted into the Pro Football Hall of Fame in 1983.

Washington retired the number 49 in June, making it only the second number to be retired in franchise history, following Sammy Baugh's number 33.

On Sunday we will honor the late Bobby Mitchell by wearing a No. 49 patch on our jerseys 🙏 pic.twitter.com/XlgKVAFT5g

In addition to honoring Mitchell this season, WFT joined the growing list of sports teams honoring the ongoing social justice movement across the county, by selecting several phrases in support of racial justice to wear on their helmets. "Black Lives Matter," "Stop Hate," "It Takes All Of Us" and "Davon McNeal" were the words chosen.

Davon McNeal was an 11-year-old who was shot and killed on July 4, as he headed to an anti-violence cookout. Davon was grabbing a cellphone charger at a relative's house near the Frederick Douglass Community Center in Southeast when he was struck in the head by a bullet, his grandfather said.